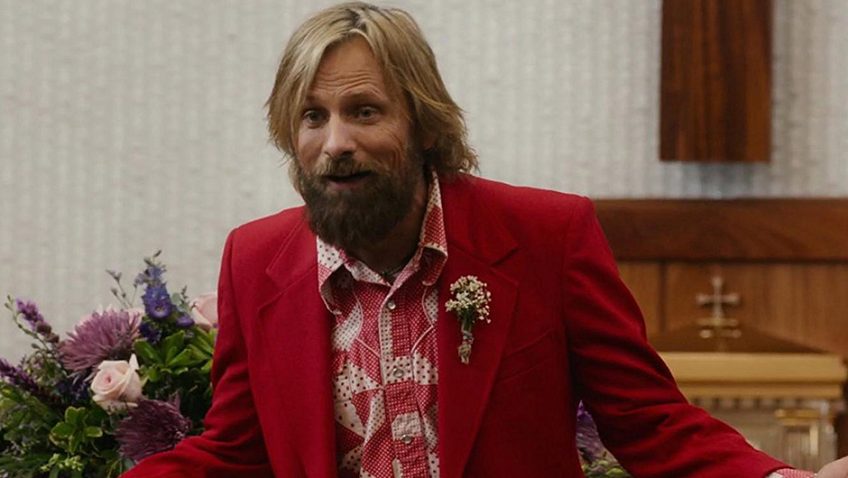 The fantastic Viggo Mortensen could educate a nation

Inspired by his memories of growing up in communes in the America’s Northwest without electricity or mod-cons, Writer/Director Matt Ross entertains us with a lively tale of alternative child rearing in Captain Fantastic

. While many parents anguish over the best way to bring up their children, recent widower Ben Cash (Viggo Mortensen) has been home schooling his six children in a remote, sprawling campsite in the Pacific Northwest for ten years. But while Ben’s late wife Leslie (Trin Miller) secretly hedged her bets with university applications for their eldest son Bodevan (British rising star George MacKay), it takes a harsh encounter with the real world for Ben to stare self-doubt in the face.

Ben and his late wife Leslie designed a routine that is like a combination of West Point, the Boy Scouts, Harvard University and a non-denominational seminary: a rigorous programme to challenge the mind, body and spirit in equal measure. Living off the land in the wilderness, there are no televisions, phones, computer games – or other children — to lead these well-behaved, multi-talented, unblemished youths astray.

Instead of getting his first car, a limousine for a prom or a football trophy, Bo becomes a man following a ritualistic hunting ceremony in which the family, dressed like Native Americans, run through the forest like wild beasts. Ross has chosen cinematographer Stéphane Fontaine, the DOP behind The Beat that My Heart Skipped, A Prophet and Rust and Bone to support the film’s vitality and colour and underscore the contrasts between nature and civilisation.

Capitalism has no place in this world. The family celebrate Noam Chomsky Day instead of Christmas, much to the chagrin of rebellious Rellian (Nicholas Hamilton) who has started to question his father’s methods. There are elements of spontaneity in the disciplined routine. Musical instruments suddenly appear and everyone joins in – playing different instruments, singing and dancing. When it comes to responding to his children’s curiosity, Ben believes direct is best and refuses to talk down to them. When the youngest child, Nai (Charlie Shotwell) starts asking questions about the birds and the bees, Ben gives him The Joy of Sex for a 6th birthday present. And when Ben receives the message that Leslie, who was bipolar, has ended her life in hospital, he announces: ‘Last night you mother killed herself. She finally did it.’

Leslie’s death is the catalyst for the family’s first major foray into the real world as a family. Ben, who wants to honour Leslie’s Buddhist beliefs, confirmed in her will, plans to head south to stop a church ceremony and burial. When the children insist on accompanying him, they are forced to integrate into society. A stopover at Aunt Harper’s (Kathryn Hahn) and Uncle Dave’s (Steve Zahn) sparks the film’s central debate. This hospitable couple have brought up their iPhone-addicted two sons in a conventional manner with lacklustre results, faring particularly badly when Ben shows off the range and sophistication of his children’s knowledge.

While Harper and Dave are willing to concede points and compromise, Leslie’s wealthy, strong-willed father Jack (Frank Langella), who has paid for his daughter’s expensive medical treatment, threatens to sue for custody of his grandchildren and prohibits Ben from attending the burial.

The journey to the funeral opens the road to self-doubt. A supermarket theft, Bo’s obvious lack of socialisation when confronted with a beautiful girl and a potentially fatal accident present the down side to Ben’s unorthodox lifestyle. And when Ben discovers that Bo has received scholarships from all the Ivy League universities he secretly applied to, he realises that he has been betrayed not only by Bo, but by Leslie, who helped him with the applications. Then Rellian, who is enjoying the pampered lifestyle at his grandfather’s, tells Ben that he wants to live with Jack. These events combine to weaken Ben’s resolve and he starts to question whether he has been a good parent after all.

Aside from the terrific child actors (in addition to those mentioned, Samantha Isler as Kielyr, Annalise Basso as Vespyr and Shree Crooks as Zaja), who act like siblings, even if they do not look like one another, the real reason to see this film is Viggo Mortensen, the incredibly talented – and impressively fit – actor, poet, musician, photographer and painter, who could probably educate an entire nation. When he shaves off his unflattering beard, or when he stands naked in the doorway of their bus, it is impossible to believe he is 57, which is just as well since a couple of his children are under 10.

feels a bit hackneyed (unlike Cedric Kahn’s Wild Life, based on a true child custody case), it’s because the debate is too simplistic. Ben has to have worried about the sustainability of their lifestyle for his children, and Leslie’s illness underscores their dependency on the charity of others (in this case, his detested in-laws) for money. Dave and Harper are weak defenders of the conventional way of life while Jack, a stuffed-shirt too easy to vilify, fails to make his case.