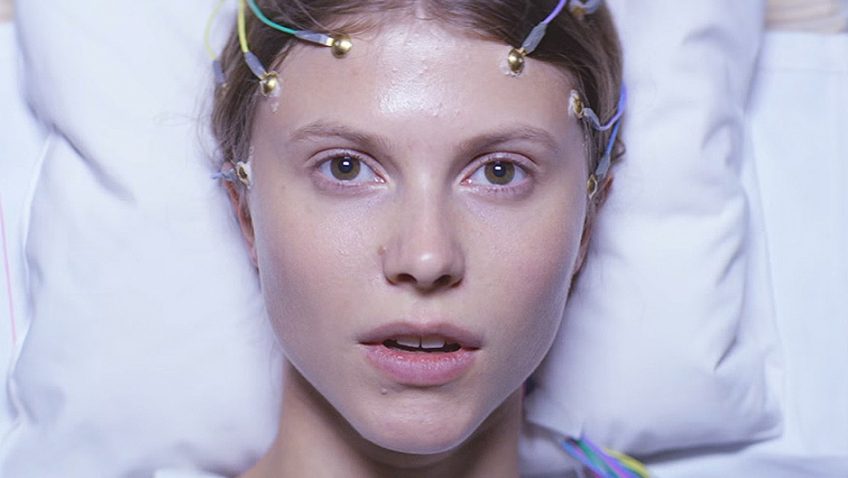 Norwegian director Joachim Trier made his name internationally with his 2011 film Oslo, August 31st, which he followed up, as many English speaking foreign directors do, with a bigger budget, English language film, set in America with internationally known stars. Louder than Bombs was a flop, which might be why Trier and his writing partner Eskil Vogt return to Norway with a smaller scale film in Norwegian. 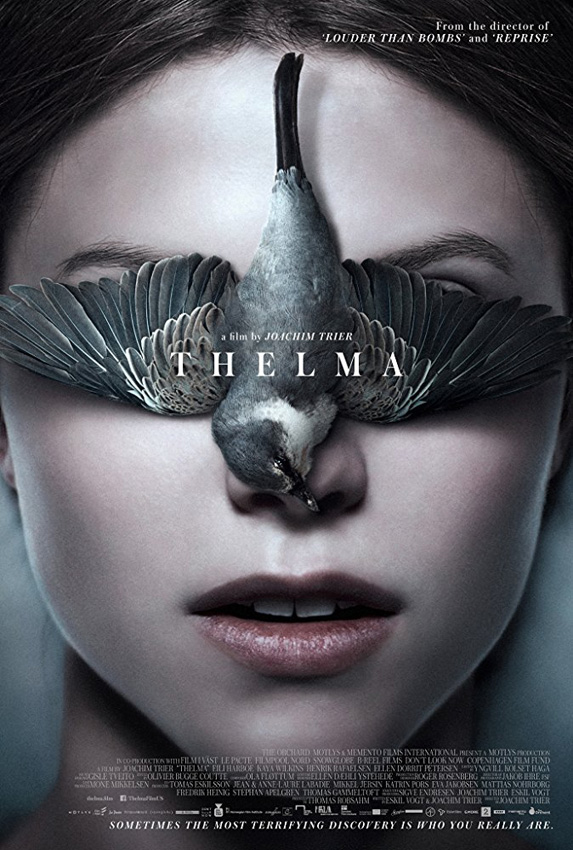 As with the previous two films, Thelma also features a mentally troubled protagonist, the eponymous university student (Eili Harboe) who discovers the disturbing truth about her life and family after falling in love with fellow student Anja (Kaya Wilkins). But here Trier adds a supernatural element, while grounding the film in enough to classify the film as a psychological thriller rather than a horror movie. If Trier resorts to the slow-burning tempo of Oslo, August 31st, the supernatural element makes Thelma closer to Carrie and Electrick Children and Midnight Special than to his previous work.

In a prologue, a young girl (Grethe Eltervag) is taking a walk over a frozen lake with her father, Trond (Henrik Rafaelsen). If that isn’t precarious enough, they then enter a thick, snow-covered forest where Trond is hunting deer. Instead of shooting a doe who wanders into shooting range, however, he aims the rifle at the back of his daughter’s head, withdrawing it when she turns to query him after the deer escapes. As a father and doctor, Trond is unable to pull the trigger, but why would he even dream of shooting his only child?

As in Raw, which Thelma in some respects resembles, when we next see Thelma (Harboe) she is leaving her seemingly ordinary close-knit family to go off to university in Oslo where she is initially out of place, lonely and insecure. Thelma has no older sister at university, as in Raw, and it is only when she falls head over heels for fellow student Anja (Kaya Wilkins) that she becomes more confident. In Thelma’s stalking of the well-adjusted Anja and in her desperate attempts to fit in with Anja’s social circle, there is an element of the upcoming film, Ingrid Goes West, in which an Instagram addict worms her way into the social life of her idol, a social media sensation, while struggling to appear authentic.

Despite being away at university and finding Anja, Thelma phones her father and wheel-chair bound mother, Unni (Ellen Dorrit Petersen) daily, and confides in them as a pious Catholic might confide in a priest. Well, almost everything. She tells him about her drinking, apologising profusely, although her father seems relieved that a single beer is the extent of her sins. But significantly, Thelma neglects to tell her parents about Anja.

When Thelma suffers fits on campus the doctor takes her through a series of tests that lend the film enough realism to keep us going along with the possibility that her fundamentalist religious upbringing and overbearing family are the cause rather than the symptoms of her illness. The doctor believes her illness is psychosomatic, but his revelations and observations point to more than a childhood trauma as she discovers a living grandmother who is supposed to have died.

But the situation is a bit more complicated still as Thelma discovers when she returns home. Disturbing flashbacks add a new dimension to Thelma’s predicament, although between the flashbacks and the dream sequences, you could wish for more drama in the here and now.

Thelma is an absorbing and chilling tale, confirming Trier’s talent. That said, it is sometimes impossible to differentiate Thelma’s dreams (associated with her ‘powers’) from what is actually or what has actually happened. This is particularly frustrating as Trier is not quite as good at building suspense as he is at building atmosphere. The final images are aerial shots suggesting optimism, cutting short any qualms we feel in seeing a character who has already been ‘disappeared’ once reappear. And at no point do we feel that pretty, fragile Thelma is ever really in danger, even with a gun pointed at her head.