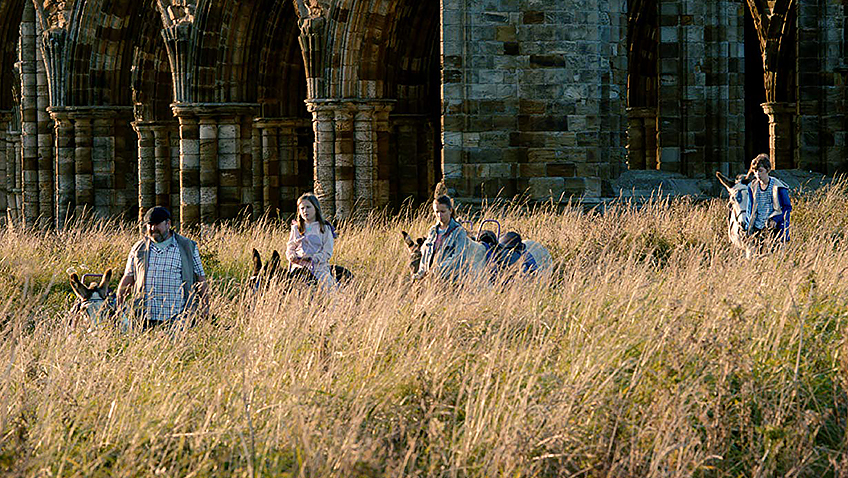 For his feature film debut, documentary film maker Richard Heap has worked in themes of broken homes, child poverty and grieving into a modest, thankfully unpretentious, family film. The Runaways is an uneasy mix of adventure, crime and mystery, tragedy, comedy and so episodic, and anaemic that the adventures of three runaway siblings barely register.

Mark Addy gives a nice performance as single dad, Reith, but he disappears early on. This leaves cinematographer Phil Wood to carry the film with his atmospheric wide-angle lensed shots of Yorkshire’s off-the-beaten-track scenery, across which three children travel to find their estranged mother Maggie (Tara Fitzgerald).

Despite the appearance of the children’s hometown, Whitby, a charming steam train and the vistas around Runswick Bay, it is the less touristy side of North Yorkshire that is the backdrop for the adventures of three motherless children, brought up by their heavy drinking, but loving dad, Reith (Addy) in a derelict shack by the beach in Whitby. Reith owns two handsome, healthy looking donkeys and ekes out a living giving donkey rides on the beach. This is a dream job for the children, but their living conditions, education and prospects for the future leave a lot to be desired.

It is obvious that the children love Reith, but his drinking – which may be the result of Maggie’s abandoning the family or the cause of it – leaves teenager Angie (Molly Windsor) with the burden of keeping house and caring for her two younger siblings, Polly (Macy Shackleton) and Ben (Rhys Connah). But if Reith’s past has been darkened by Maggie, another family member emerges to turn his family’s life much darker still.

One day Reith’s no-good, estranged brother Blythe (Lee Boardman) arrives in Whitby, apparently after having served time in prison, and feels that Reith owes him. The children’s lives are turned upside down when Reith collapses on the sofa shortly after he hangs a locket around Angie’s neck. You just know that the locket will play a role in the plot, but even this gets neutered. 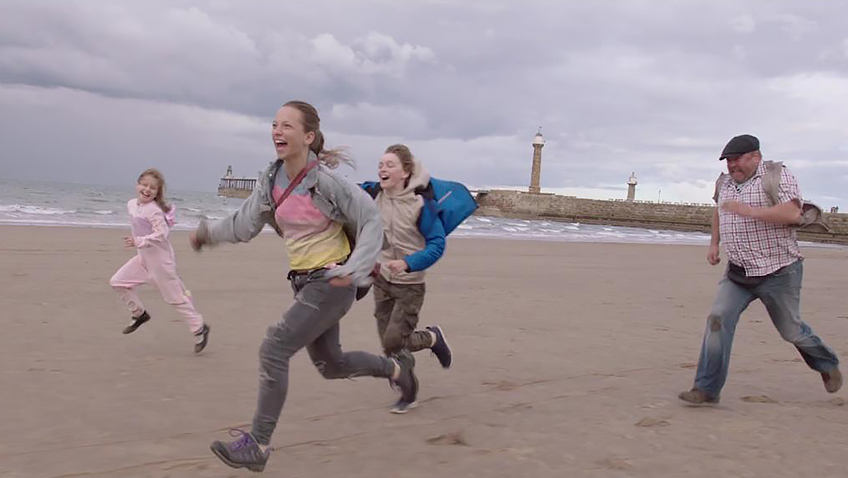 Afraid of being taken away and separated by social services, Maggie plans their rapid departure by night. But first she carries out a daring rescue of the beloved donkeys that have been confiscated by Blythe and his cronies who, rather unbelievably, give chase until the trail runs cold.

The entire middle part of the film sees the children walking toward their mother meeting people, some good and some bad, along the way. There is one exception to their walking, when they hop a train – yes, with the donkeys. When the ticket inspector arrives, they hide in the loos. We’ve seen this evasion of inspectors trick countless times, and in some fine mystery/adventure films, but never with donkeys. This might have been laugh-out-loud funny, if we were not distracted by trying to figure out how it is possible to squeeze a child and a donkey into an antique railway coach’s loo.

In the most memorable incident, Angie unwisely gets into a stranger’s car and is abandoned – minus her rucksack with the rest of her money and food – in an empty farmyard. But this being a family film, the man has no interest in the cute teenager after he has stolen her beat-up rucksack, and she is left to walk – the considerable distance – back to her siblings, who are miraculously waiting for her.

Of course, if you have a deranged uncle and perhaps the police (Angie calls in to the school from a pay phone with an excuse) on your tail, and want to be inconspicuous, travelling with two donkeys is hardly a good idea. The donkeys prove useful in giving the younger children a ride when they cannot walk further, and they are a link to their dad and part of the family. The question is, will Maggie, portrayed unconvincingly by Fitzgerald as a washed-up, heartless alcoholic, welcome the children, let alone the donkeys? 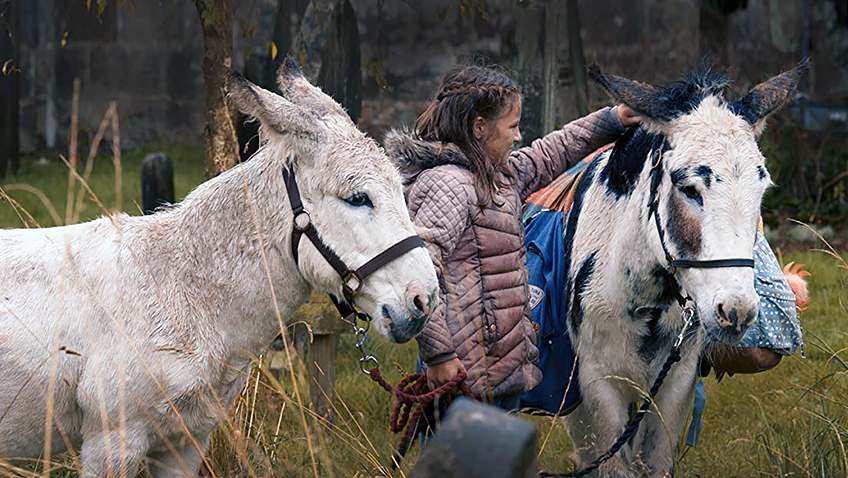 Macy Shackleton in The Runaways

The frumpy jokes, the slapstick episode in the train and the surreal views of three children with two donkeys in tow walking across the moors, all point to a latent comedy adventure, but Heap, who wrote the script, never exploits the comedy. Nor is the danger, mystery, or adventure inherent in the journey every exploited. Heap does give a tug at the heart strings by bringing Reith back as an imaginary friend to comfort little Polly who naturally misses her daddy.

While the film is commendable for acknowledging the trauma of losing a parent in such circumstances, the memory of flight from an unburied or cremated loved one, lends the film a downbeat tone that never marry well with the attempts at humour. Viewers will be thinking of the future far beyond the surprisingly realistic, if somewhat cliched, reunion with Maggie. While the film is never boring, it lacks the suspense that comes from a fear that the kids are ever really in danger.