Home / MONEY / Cash machine closures go on, and on 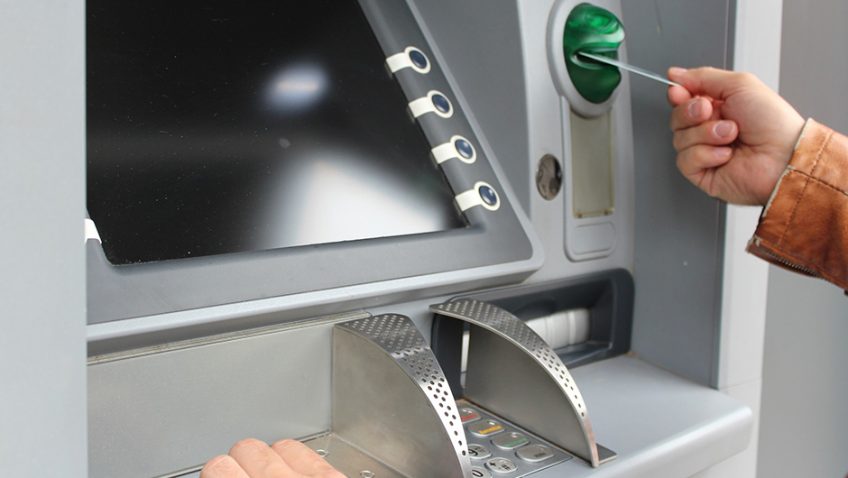 Cash machine closures go on, and on

Cash machine closures mean more than 115,000 people now have no cash point in their postcode, according to research from consumer group Which?

There are no cash machines in 130 postcodes, meaning an estimated 115,000 plus people struggle to withdraw physical money. A further 129 areas have only one cash machine, and of these 84 charge a fee to take money out.

Which? said the 259 areas were also at risk of cashpoints closing in neighbouring postcodes, further stranding those reliant on cash.

Gareth Shaw, of Which?, said: ‘The countless communities across the UK with shockingly low cash machine provision show that measures intended to guarantee access to cash simply don’t work – and point to mismanagement of the broken cash landscape that is leaving many people struggling.’

Many customers living in cash deserts with no ATM may also be unable or unwilling to withdraw money at Post Offices. Of the 130 regions with no cash machine, 36 also have no Post Office branch.

A Which? statement said the firm also ‘believes Post Office access is not a direct substitute’ for a physical cash machine and that customers prefer using ATMs.

Martin Kearsley, of the Post Office, said: ‘We are a hugely important part of the solution to this problem – our 11,500 branches, including 6,000 in rural areas, provide a significant free-at-the-point-of-use cash withdrawal and deposit network.’

As the demographic most reliant on cash and also the least mobile, the elderly are hit hardest by cash machine closures.

Caroline Abrahams, of Age UK, the charity, said: ‘It’s unacceptable that so many communities are being left without access to cash. The steady withdrawal of free cashpoints up and down the country shows we are drifting towards becoming a cashless society, with nowhere near enough consideration being shown for those who are being left behind.’

Cashpoints have been closing or charging for withdrawals after the rising cost of providing these machines led many operators to demand fees.

Cash machine providers can afford to supply free ATMs because they are paid per withdrawal by debit or credit card firms. But last July Link, the cash machine network, began the first of a series of cuts to these “interchange fees”, leading to many free machines having to charge or close.

Britain is currently losing free machines at a rate of around 600 a month according to Which? These closures are happening as figures show that cash usage in the UK continues to decline – in 2017 the use of debit cards to make payments overtook the number of transactions undertaken with physical cash for the first time and this trend continued into 2018 when cash payments fell to an estimated 10.9 billion, a decline of some 16% on the previous year.

Figures from UK Finance show that cash payments predominantly tend to be for low value purchases with over half of all cash payments being for a value of £5 or less, whilst some 78% are for £10 or less. Meanwhile, in contrast, the average cashless debit card transaction was £9.64 at the end of 2018.

The figures also show just how much in decline cash usage is in our society. In 2008 some 60% of retail transactions were undertaken in cash, a figure that showed a rapid decline to just 28% in 2018. Furthermore, UK Finance predicts further rapid declines in cash usage over the next 10 years to just 9% of all transactions by 2028.

Meanwhile, cash machine usage is also in decline with figures showing that the actual volume of cash machine withdrawals has declined by some 17% since its peak in 2012. The decline was more rapid across 2018 than in previous years with cash withdrawals down some 7% on 2017 levels whilst the value of cash withdrawn across the year also fell by 8%.

Access to cash has been worsened by bank branches closing. Towns and cities have lost a third of their branches in the last five years, falling from 9,803 to 6,549.

The closures have been driven by the four largest banks, which were responsible for 77% of all physical branches shutting. The worst was RBS, owner of Royal Bank of Scotland and NatWest. The group shut 1,050 outlets, or 56% of its total, between January 2015 and August 2019.

Now Which? wants the new government to legislate to make sure consumers can keep accessing and paying with cash.

Rural communities are hit harder than towns and cities, according to another report last month. Those living in the countryside have to travel three times further to find a free ATM than urban dwellers.

Since October any community without a free cashpoint has been able to apply to Link to have one installed. More than 100 towns and villages have already applied.