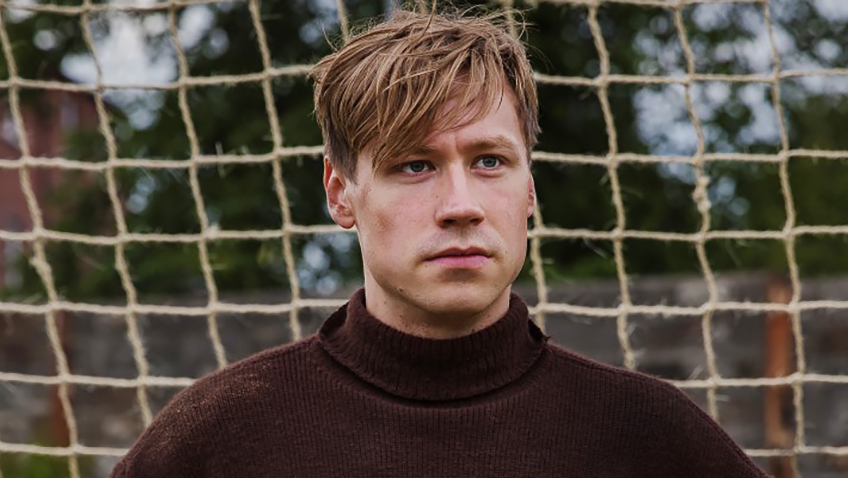 is one of those biopics (another, Red Joan, is coming out later this month) that you cannot believe it is true but know that it must be, as no one could make it up. But unlike many other biopics, this is a case of reliving a well-known past and perhaps seeing it in a new light. There are people alive today who not only remember Bert Trautmann, but saw him play for Manchester City (he retired as a player in 1964). For younger audiences, there will be surprises: not in the competent, if sometimes heavy-handed direction and script, but in an inspirational story, terrific football scenes, and in striking performances from David Kross (The Reader) and Freya Mavor (TV’s Skins, BBC’s The ABC Murders).

When Bert Trautmann (Kross), a decorated Luftwaffe paratrooper, is captured by the British and brought to England in 1944, his first POW camp was not in Lancashire, but the film has to take some dramatic licence. The head of the camp, Sergeant Smythe (Harry Melling from Buster Scruggs) reflects the thinking of the majority of British people at the time when he tells Trautmann, ‘If it were up to me they’d be a mass grave for you bastards.’ Most POWs would remain silent, but Trautmann, murmurs in perfect English, ‘then it’s a good thing it’s not up to you.’ The Commander has it in for the haughty, 25-year-old and puts him on latrine duty.

But during a recreational period Trautmann, who makes a bet for a pack of cigarettes, steps in as the goalkeeper in an impromptu camp football game. His impressive defence is noticed by Jack Friar (John Henshaw) a farmer and part time manager of St Helen’s, a non-league football club, Trautmann also catches the eye of Henshaw’s pretty, anti-German daughter, Margaret (Freya Mavor) who seems embarrassed and confused over her attraction to this German soldier.

Ok, so you know from this set up exactly what will happen, but it’s nonetheless delightfully romantic to follow the course of this unlikely courtship and Trautmann’s burgeoning career. When the armistice is announced, Sergeant Smythe reminds the men that they will be working for Queen and Country until their backgrounds are investigated, as Nazi party members and war criminals are destined for a re-education programme.

Undaunted, Friar persuades Trautmann to play a trial game for St Helen’s and does a deal with Smythe before placing a bet on his team. When Trautmann helps the team win a 3-0 victory, Trautmann gives Friar an ultimatum. If Friar wants him to play, he’s got to get him out of the camp. 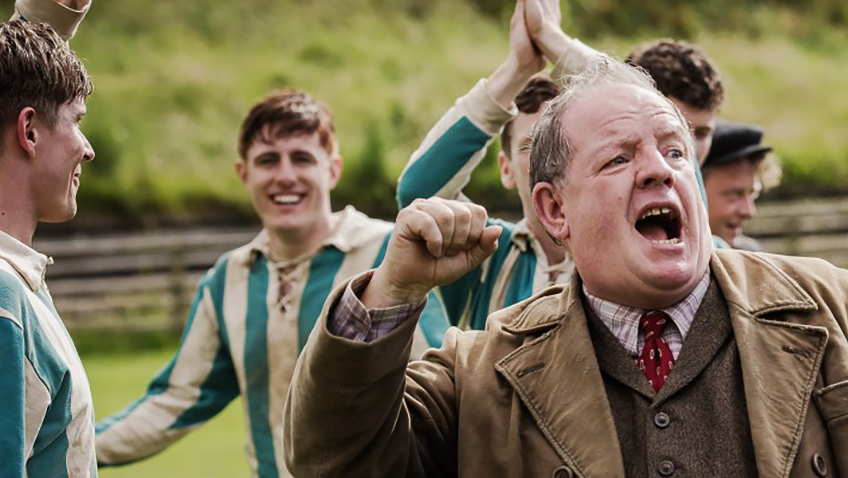 John Henshaw in The Keeper

Margaret is – or pretends to be – furious when Trautmann comes to live with them and work in the shop. Additional obstacles are presented by Bill Twist (Michael Socha), Margaret’s brash, bulling boyfriend who also plays for St Helen’s. Twist is doubly jealous when Margaret accepts Trautmann’s invitation to dance at a village fête as by now Twist is no longer the star player at St Helen’s or in Margaret’s life.

Despite the anti-German bias and other obstacles, Trautmann’s contribution to the success of St Helen’s; his refusal to be repatriated to Germany; his affectionate relationship with Margaret’s younger sister and his hard work around the shop change attitudes. The physical attraction between the two attractive housemates is too strong for Jack Friar who has been trying to block Trautmann’s late night access to his daughter’s bedroom. Before too long the lovers are married and Trautmann is signed by Manchester City. 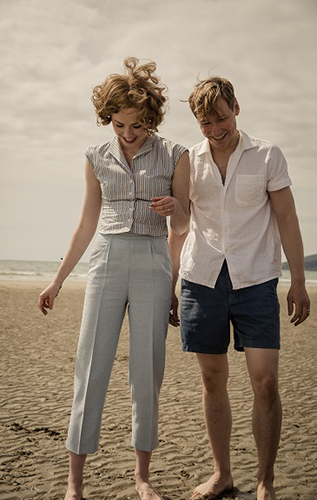 David Kross and Freya Mavor in The Keeper

But with this high profile signing comes scrutiny. At a hostile press conference, the discovery that Trautmann was a war hero and awarded the Iron Cross nearly causes a riot. Manchester is outraged and people are boycotting the games while the Trautmanns become targets of bullying and scorn.

It is after Rabbi Altmann (Butz Ulrich Buse), the city’s chief rabbi, overhears Margaret’s rousing speech in a pub, berating her husband’s narrow-minded, hypocritical critics that things start to change. The film could have developed Altmann’s change of heart and courageous leadership more, as his role (in the film and in real life) was pivotal in enabling the country to judge Trautmann on his loyalty to Manchester and his merit rather than on his past. Altmann asks Manchester to give Trautmann a chance, pointing out that he is not responsible for the war.

It is pure bliss to watch Kross frustrate goal after goal and impossible to believe that the charismatic actor is not a goal keeper in real life. Even if football is not your thing, the games here (seriously truncated of course) are so well directed and shot you will find yourself captivated. The film devotes the time needed to Trautmann’s spectacular 1956 World Cup Game when, after an injury, he plays the last 17 minutes of the game with a broken neck in order to maintain Manchester’s 3-1 lead over Birmingham. After this, Trautmann becomes a celebrated British hero – and a football legend.

The film’s attempts to link Trautmann’s war guilt (he apparently did not stop a young Jewish boy from being shot) with his adorable son’s tragic death in a car crash are clumsy. A scene in which Sergeant Smythe and Trautmann are both visiting their children’s graves at the same time and in the same cemetery seems not only contrived, but when Smythe reveals that his family were killed in the Blitz, cringingly heavy-handed. And without a scene dramatising the hardship Margaret suffers in Manchester as a traitorous English woman, it is left to our imagination to feel the anger, hurt and sense of injustice that is behind her pub speech.

Despite these drawbacks, strong performances from Kross and Mavor and a truly inspirational true story will keep you enthralled.