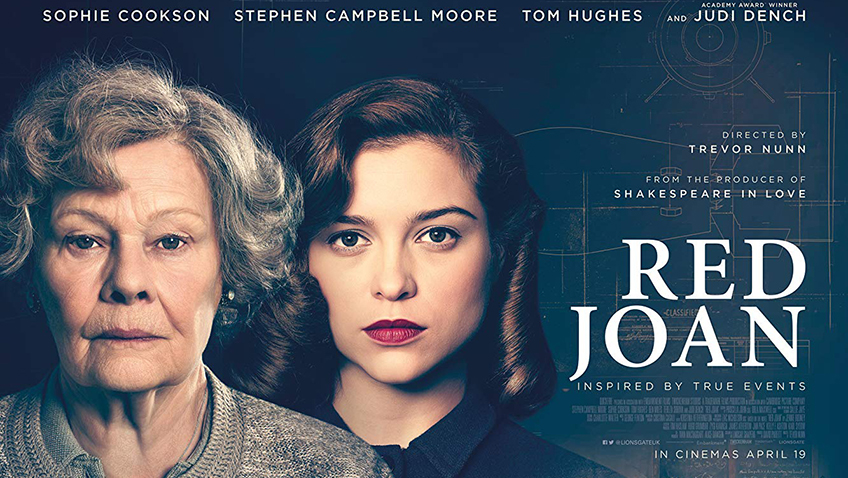 The justly acclaimed, prolific theatre director and former Artistic Director of the RSC, Sir Trevor Nunn, has four film credits to his name, but has not managed the transition to cinema as easily as Sam Mendes, Danny Boyle or Mike Nichols. That his first feature in 23 years is based less on the real life British secretary and Soviet spy Melita Norwood than on Jennie Rooney’s novel Red Joan

is only the first problem. Rooney’s story, adapted by scriptwriter Lindsay Shapero, is certainly thrilling, exciting, suspenseful and romantic, but these attributes get lost between the page and the screen. In an attempt to make Dame Judi Dench’s character more sympathetic and even righteous, the biopic is turned into a moral dilemma; one that hardly troubled the real Ms Norwood, on whom the novel and film are loosely based.

The film begins with octogenarian Joan Stanley (Dench), puttering in her garden and then going in doors to read the paper just like anybody’s Auntie Clara. An article about the death of Sir William Mitchell deepens the wrinkles on the pensive, white haired, lady’s face just as the doorbell rings and she is arrested for treason. Grilled without a lawyer by two agents from Special Branch because, she maintains, she has done nothing wrong, the drama abruptly switches to her early days in wartime Cambridge. Young Joan is played by Sophie Cookson (The 2014 spy film, The Kingsman).

If this continual shift in time and place reduces the tension of the drama and flow of the narrative, in all fairness to Shapero, who is following the novel’s structure, it is difficult to imagine how else a writer can both focus on an old lady discussing her eventful life with a mix of nostalgia, sorrow, guilt and pride while showing that life itself, full of passion, politics, treason and – heroism.

Joan’s barrister son, Nick (Ben Miles) soon jumps in to defend his mother. A QC, he is so appalled at the thought of his mild mannered, librarian mother being charged with treason that he deems the whole thing preposterous and cruel. But as the evidence piles up, and Joan runs out of justifications, denials and excuses, he abandons her to her fate – until a soppy ending reunites them.

The evidence is gleaned from the flashbacks, starting on the banks of the River Cam where pretty, young brilliant physicist Joan Stanley is caught between her attraction to a charismatic, handsome German refugee, Leo Galich (Tom Hughes) and her love of her unhappily married boss at the top secret Tube Alloys project, Professor Max Davies (Stephen Campbell Moore). Joan’s introduction to Leo is made through his glamorous, wild and free-loving cousin Sonya Galich (Tereza Srbova) who climbs into Joan’s dormitory window after curfew to avoid getting caught. Joan is seduced first by this worldly German woman with Communist sympathies, and then by her handsome, alleged cousin dazzling the crowds at a Communist rally. 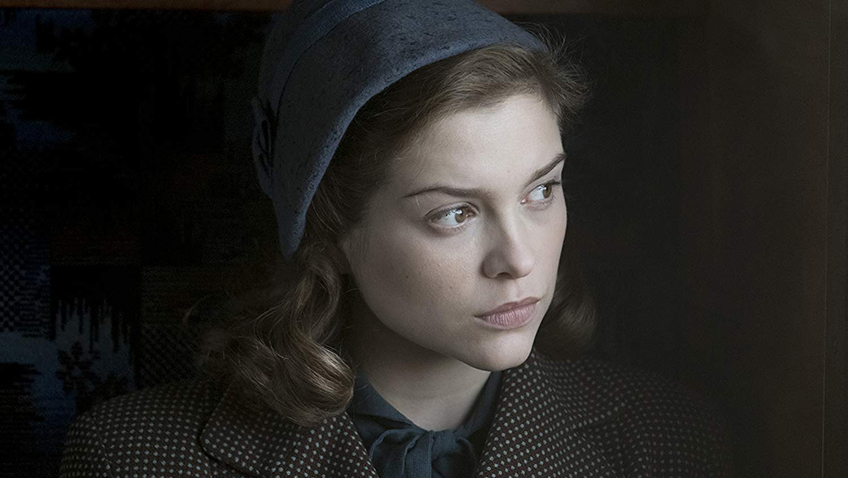 This rally is against the backdrop of the Spanish Civil War and the Republican backers, an international mix of intellectuals, students, right minded people, Socialists, Communists and Atheists had not yet read Homage to Catalonia

in which George Orwell becomes disillusioned with Soviet interference and their agenda.

Joan goes along to the popular Communist film club because, as she tells the Special Branch, ‘everybody did.’ It is only when Joan graduates with a Masters Degree and is secretly recruited by Tube Alloys – a code name for Britain’s top secret atomic bomb research lab – that Leo, who periodically disappears from Joan’s life, exerts pressure on the civil servant to do more for the Communist cause.

Shapero and Nunn underscore the relevance of Joan’s position in the all male world of atomic research with some office sexism. We are to approve of her boss, Max, when he declares, awkwardly, that she is not just a pretty face, and then stutters to an apologetic correction: ‘you are not not a pretty face.’ Though hired as an assistant, (not a secretary) because of her knowledge of physics and expertise in metals, when Joan cracks a big theoretical and practical problem Max and his colleagues had been facing, she becomes his right hand person.

Later, after they fall in love on a dangerous Atlantic crossing to work with the Canadians in Montreal (where Leo is setting up a network), Max supports her again when an official proposes to show her the facility’s new tumble dryers.

Commercially, cutting out Judi Dench (whose screen time is already a third of Sophie Cookson’s) would not do, any more than it would do to turn her character into the real Melita Norwood. That said, like Joan in the film, Melita did have access to atomic bomb secrets from her job as secretary in Tube Alloys. 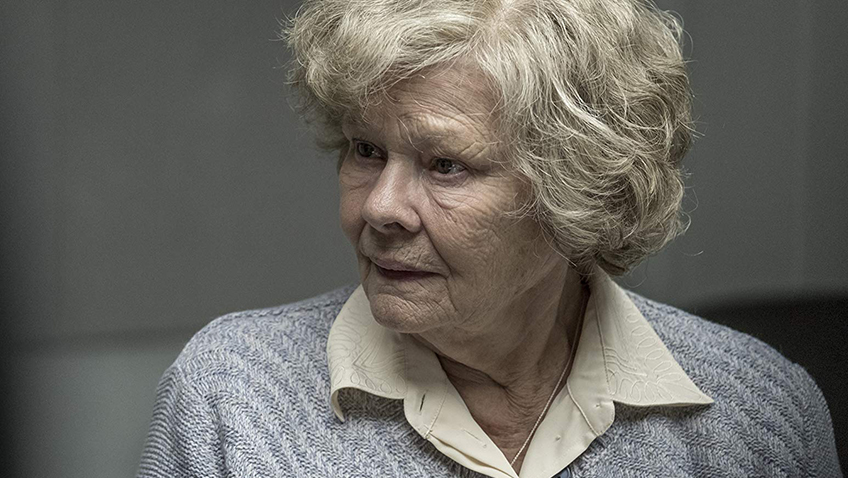 But Melita needed little prodding from a handsome lover or newsreels of Hiroshima to kick start her espionage career. From what we know of Norwood, she was born into a Communist family, married a Communist husband of Russian origin and was a member of the Communist party all her adult life. Apparently her NKVD career began when she became a member of the Woolwich Spy Ring in London in 1938.

As the film, and Melita’s life story make clear, sexism works both ways, and Joan, like Melita, uses her femininity to remain undetected. Not only did no one give them credit for being courageous and committed enough to be spies, but men found it hard to consider women criminals or bright enough to know one secret formula from another. There is one scene in which Joan hides her tiny camera inside a box of sanitary towels because male inspectors would never dare to open them.

In the film Joan decides to breach the official secrets act because she is a patriot not because she is a traitor. She argues that after seeing newsreel footage of Hiroshima, followed by the 74,000 dead in Nagasaki, she realises that, undeterred, the USA could destroy civilisation with atomic bombs. She also senses the injustice of shutting out the USSR, a WWII ally that helped protect Britain. Her actions were meant to deter the USA from using the bomb and time had proven her right. This remains Joan’s defence, bolstered in the film by the fact that, unlike Norwood, who allegedly passed secrets for forty years, she only passes secrets for a brief period and before the truth of Stalin’s butchery was known to the world.