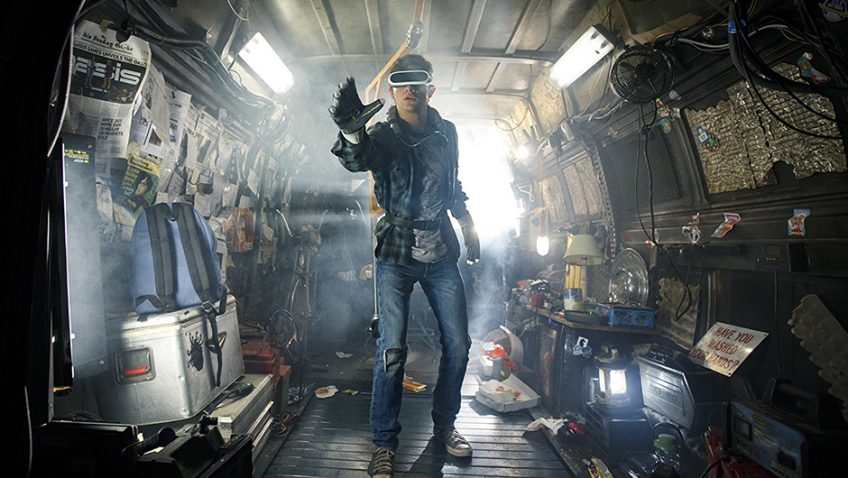 . In a dystopian future, a group of shanty town-based teenage heroes compete against a large, greedy corporation to inherit the ownership of Oasis (Ontologically Anthropocentric Sensory Immersive Simulation). Oasis is a popular virtual reality centre created, programmed and run by James Halliday (Mark Rylance, Bridge of Spies) – himself a combination of Steve Jobs, Mark Zuckerberg and Willy Wonka – as opposed to the late, L.A.-based pop icon Jimmy Hallyday. 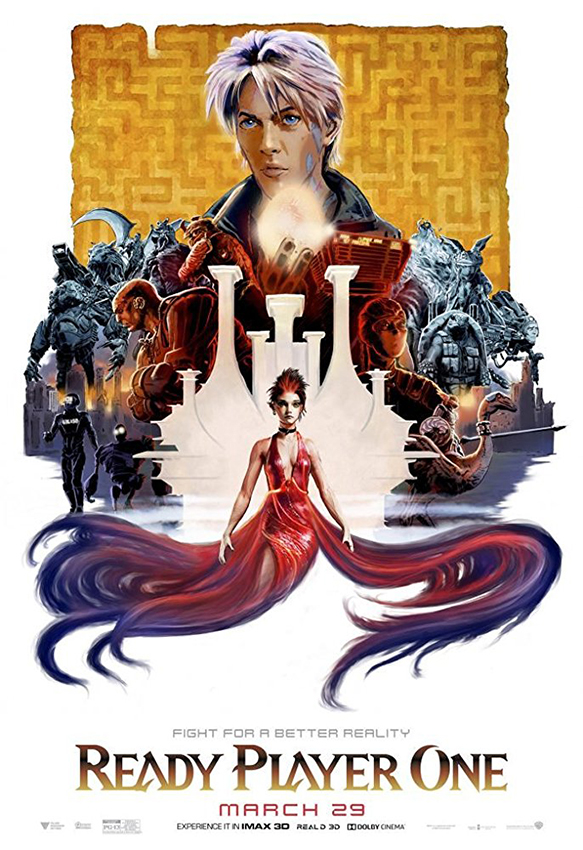 A closer look at Ready Player One suggests that the film is bang on the stereotype of a septuagenarian looking back nostalgically to the days when he, like Halliday, held the world inside his imagination with films like Jaws, Raiders of the Lost Ark, Close Encounters of the Third Time – in short, movies better than this one. And since Ernest Cline’s biggest hero is Steven Spielberg, the script, written by none other than Cline with Zak Penn is a big mutual admiration society production. But damn it, even when you’ve had spotting the pop culture reference (and Cline packs in more than any one viewer or movie could absorb) and are drowning in their gratuitous usage, it’s a dizzying, dazzling trip.

Set in Columbus, Ohio (where there is a statue to 1980-90’s action hero Arnold Schwarzenegger who has ties to the city) in 2045, the world has become so ravaged by pollution, corruption, climate change and overpopulation that people, particularly the young, escape to the aforementioned Oasis, a virtual reality landscape where ‘the limits of reality are you own imagination.’ So says narrator Wade Watts (Tye Sheridan), an 18-year-old orphan who lives with his aunt in the Stacks, a shantytown where caravans are stacked on top of one another with rickety scaffolding. Wade tells us that you ‘come for all the things you can do. You stay for who you can be.’

Whether intended or not, this little introduction suggests that Wade is already brainwashed by Halliday, the richest man in the dystopian world, for it’s all about the limits of Halliday’s imagination. When Wade, whose avatar in Oasis is the symbolically named Parzival, a bleached-blond Keanu Reeves type, tells us that ‘you can climb Mt Everest – with Batman’, the reference seems appropriate as Batman reboots continue to flourish. 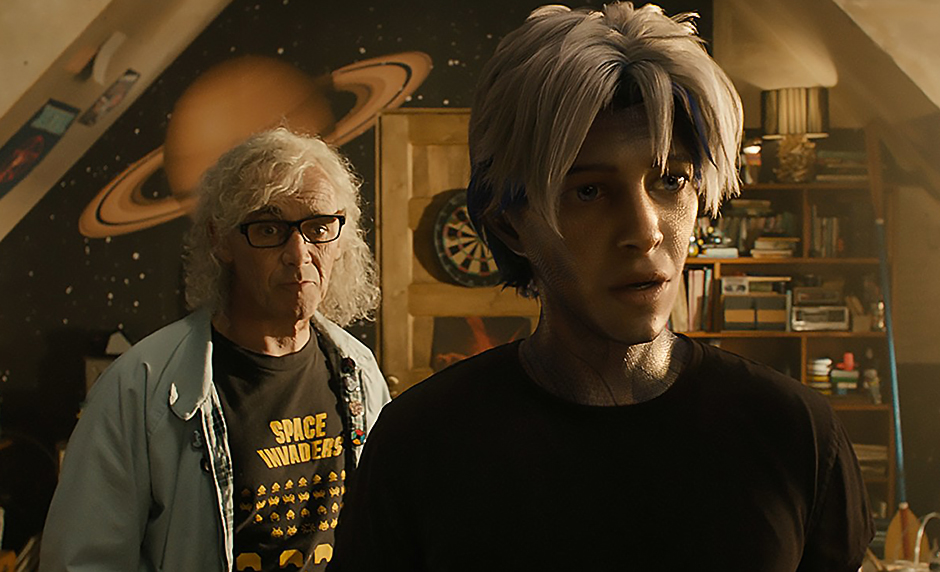 Mark Rylance in Ready Player One

But it’s an older demographic who will appreciate the film’s long, explicit references to Stanley Kubrick’s The Shining, to Monty Python and the Holy Grail (the Holy Hand Grenade is used in the battle scene) and to Back to the Future. The references to The Shining are not in Cline’s novel. Spielberg took over the directing of A.I. (Artificial Intelligence) from Kubrick when he died so these scenes are a mini-tribute. Nowadays, the average 18-year-old would struggle to tell you who Jack Nicholson, John Cleese and Stanley Kubrick are.

When the childless, bachelor Halliday dies and his estate announces that the winner of an Easter egg game will inherit his multibillion-dollar fortune and Oasis, Wade, already a popular culture geek, gets a head start by visiting the Halliday archive for clues. (Pay close attention to the archivist and the quarter coin he gives Wade when he wins a bet). Cline admits that the book was inspired by the 1977 Colossal Cave Adventure made for the Atari Adventure 2600 and reportedly the first video game with an Easter egg. Eggs are secrets placed by one-time unacknowledged programmers inside the game, and gradually developers made the eggs features in the games as players lapped up the challenges. 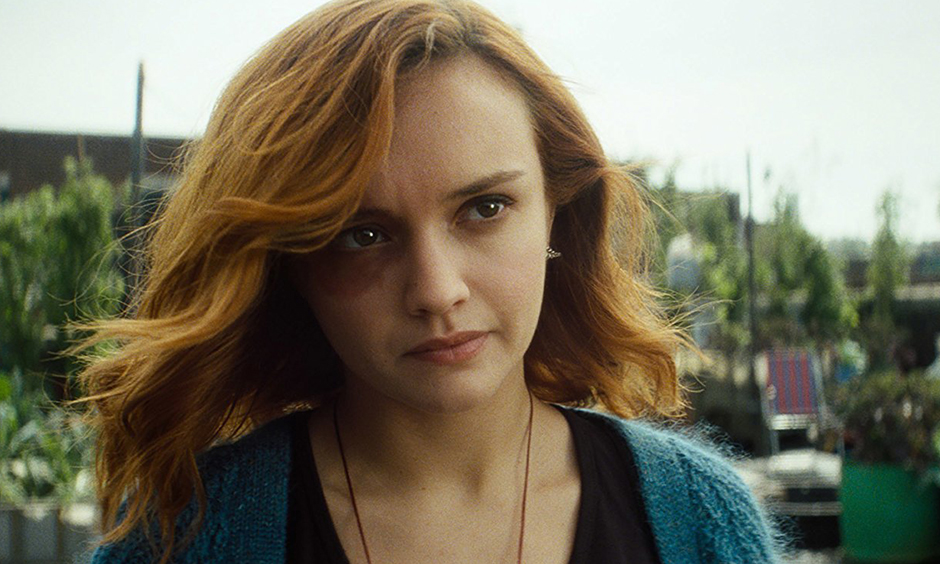 Olivia Cooke in Ready Player One

Halliday’s rules are simple; the game is anything but. The game seems to start with a road race, the winner of which will win the first of three key (delivered by ‘Anorak’ – the dead Halliday) and the winner has to win 3 keys, each of which delivers a clue to the next. Parzival climbs into his VR car of choice, a DeLorean DMC-12 from Back to the Future and races through the city to the music of Joan Jett’s “I Hate Myself for Loving You,” neck-in-neck with a Batmobile and then with Art3mis (Olivia Cooke) a red-headed, bug-eyed cutie on a referenced motor bike. This Fast & the Furious race is made more challenging by the presence of King Kong and the T. Rex from Spielberg’s Jurassic Park. They speed past a cinema fronting with the name Jack Slater on it. Slater was Schwarzenegger’s character in Last Action Hero, the first feature written by Ready Player One co-writer Zak Penn. The whole movie is jam packed with references like these that seem to drive the plot rather than vice-versa.

The film cuts back and forth from the drab, washed-out colours of Wade’s reality to the colourful fantasy VR world with increasing frequency. In the beginning, it’s manageable, but by the end, it might take a certain skill to keep track of who is where. To win the game, Wade hooks up with The High Fivers, Samantha/Art3mis; Wade’s best VR friend Aech (Lena Waithe), a giant metal cyber giant who runs a virtual garage (handy to fix Art3mis’s motorbike); Daito (Win Morisaki) and his 11-year-old brother Sho (Philip Zhao). Just why the female Helen imagines herself as Aech is never addressed as if the real characters get short shrift. 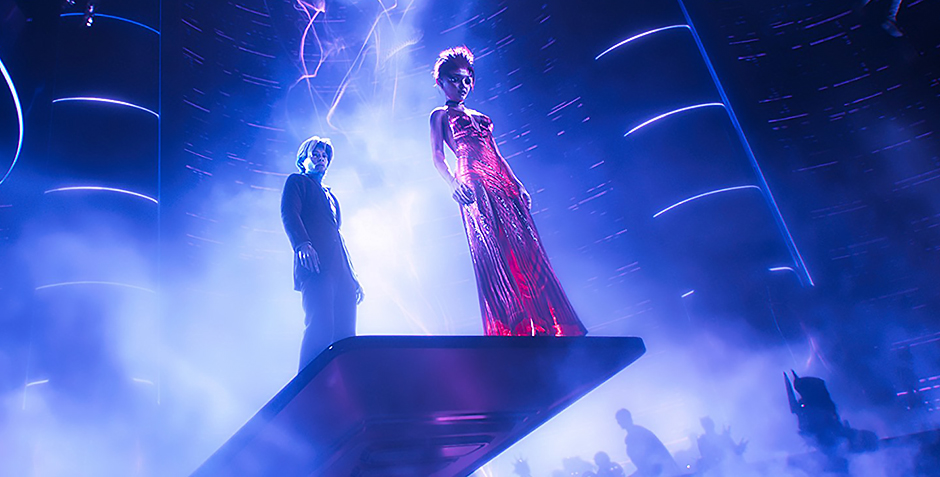 The tension in the film comes from Nolan Sorrento (Ben Mendelsohn) the ruthless CEO of IOI (Innovative Online Industries) who wants Oasis to vertically-integrate his company, the second richest in the country. Comic relief is provided by i-R0k (T.J. Miller) a magic/weapons dealer and hypochondriac bounty hunter employed by IOI.

Sorrento will be remembered by his encounter with the Mad Ball from Monty Python and the Holy Grail, but not before there is a nightclub scene in which Harley Quinn and The Joker from DC comics’ Batman make an appearance, and an endless battle sequence where the Iron Giant goes up against Mechagodzilla and there’s a touching thumb’s-up reference to Terminator 2 from a self-sacrificing hero.

With rare exceptions like Jumanji: Welcome to the Jungle immersive games are not immersive when you are watching someone else playing. It is disappointing, too, that Wade isn’t planning on distributing his windfall to the poor or to improve education and real culture so that people would not have to escape through VR. Ogden More (Simon Pegg), Halliday’s ex-partner with a conscience, shows up at the end to ensure us that the new Oasis is in safe hands. And sure enough, the new management decides to close Oasis two days a week to reduce addiction and build real relationships. Unfortunately, Wade and Samantha might find that their Avatar chemistry was a lot stronger than it is in real life.