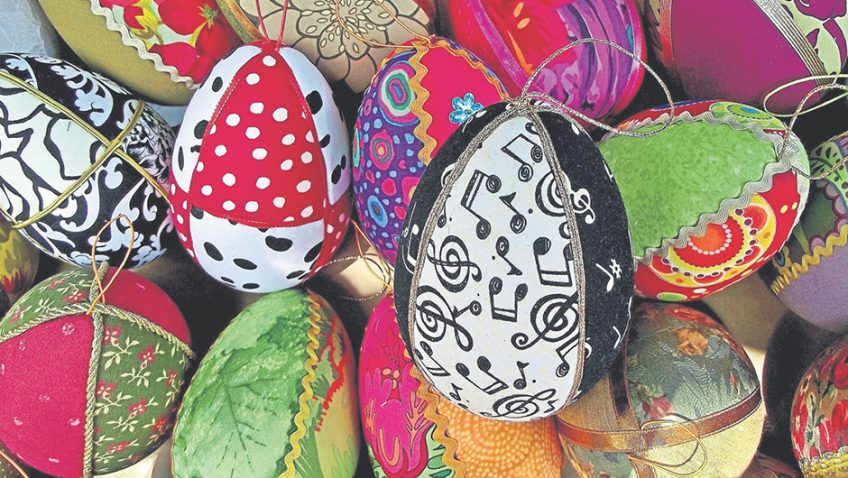 Easter traditions vary around the world and although there are common themes, it is interesting how regional and national culture has influenced the way this important Christian festival is celebrated. Although the origins of some traditions have been lost in the mist of time, some appear to be linked to pre-Christian traditions and beliefs.

Decorating our homes at Easter has become very popular in the UK. This custom originates from Germany, Austria and the Czech Republic, where eggs are either hard-boiled and dyed red (representing the blood of Christ) or blown and hand painted. These are then used to decorate branches brought into the home. The egg is a well-known symbol of new life for many cultures around the world and this is probably why it has such a close connection to the celebration of Easter.

In Sweden, the tradition is to decorate twigs with feathers. Some say it signifies the sweeping away of winter, with the twigs and feathers representing a broom. Others accredit it to the 17th century tradition of beating each other with twigs on Good Friday to symbolise the suffering of Christ, and some believe the twigs actually represent a witch’s broomstick! This relates to the old belief that witches flew to meet Satan on the Thursday before Easter.

In southern Germany, residents of Traunstein, Bavaria, brave the cold and snow to partake in a colourful sword dance and hold an Easter horseback parade, where the riders take their horses to church to be blessed on Easter Monday.

Here in the UK, we have some regional traditions that are still practiced with gusto. Egg Jarping dates back to the early 19th century and is something of a participation sport! Players use hard-boiled eggs to hit – or ‘jarp’ – their opponent’s egg with the winner being the person left with an intact egg. The World Egg Jarping Championships are held annually in Peterlee, Co. Durham.

Pace Egg Plays date back to the Middle Ages and take their name from the old English word ‘pasch’, meaning Easter. Traditionally the players would have been local villagers – known as Pace Eggers – who toured the local area. A basket would be taken around the audience who were encouraged to fill it up (this could be with anything ranging from eggs to money) and the play would start once the basket was full. Once thought to be in danger of being lost to the mists of time, this tradition has been revived in northern England.

Tied up with the Pace Egg Plays is Egg Pacing or Egg Rolling. Again, especially popular across the north of the UK. People take their painted eggs and roll them down a hill. The winner is the person whose egg rolls the furthest and remains intact.

In Leicestershire, Hallaton and nearby Medbourne, locals maintain a 200-year-old custom of battling it out for the prize of a wooden cask of beer. Each village team kicks the cask (known as a bottle) across a field towards its village, hoping to cross the stream before their rivals do, and so win the beer. Allegedly, this is a no holes barred event – apart from gouging out eyes, which is forbidden – and the contest is fast and furious, with broken bones being a regular occurrence. Not for the faint hearted!

So whilst you bake your Simnel cake, order the hot cross buns or just prepare to get stuck into some chocolate Easter eggs, spare a thought for the elaborate preparations – and personal injuries – some will be undergoing to celebrate Easter.