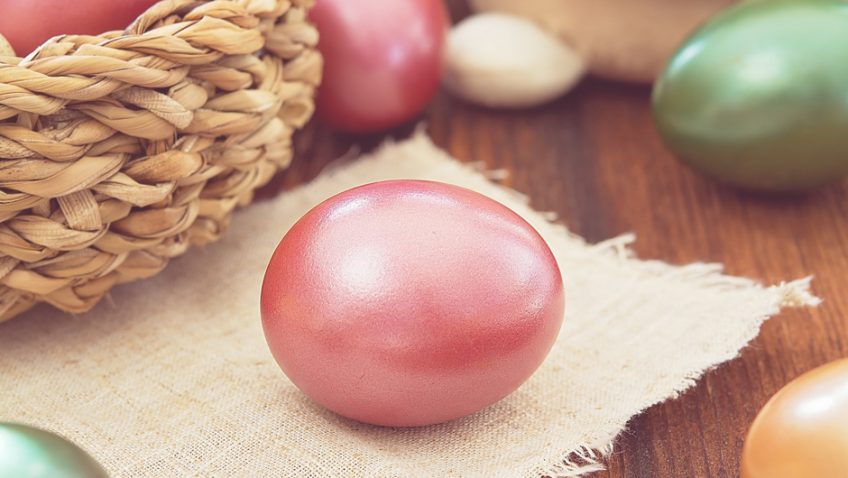 Easter traditions vary around the world and although there are common themes, it is interesting how regional and national culture has influenced the way this important Christian festival is celebrated. Although the origins of some traditions have been lost in the mist of time, some appear to linked to pre-Christian traditions and beliefs.

In recent years it has become more common for us to be decorating our homes at Easter as well as Christmas. The decorating of branches from trees and bushes with coloured and decorated eggs has been popular in Germany, Austria and the Czech Republic for generations. The eggs are either hard-boiled and dyed red (representing the blood of Christ) or blown and hand painted. The variety of designs and colours is a visual delight. The egg is a well-known symbol of new life for many cultures around the world and this is probably why it has such a close connection to the celebration of Easter. In Sweden the tradition is to decorate twigs with feathers and there are various theories as to what this tradition represents. Some say it signifies the sweeping away of winter, with the twigs and feathers representing a broom; others accredit it to the 17th century tradition of beating each other with twigs on Good Friday to symbolise the suffering of Christ and some say the twigs actually represent a witches broom stick. This is supposed to be connected to the old belief that witches flew to meet Satan on the Thursday before Easter. Interestingly, there is a tradition in Sweden and Finland of children dressing up as witches at Easter and going from door-to-door asking for treats – a sort of spring version of trick or treat.

The Easter Bunny is a popular Easter symbol in most northern European countries. Indeed, there is a Germanic tradition of a mythical egg laying Easter bunny. Some believe that this originates from the Anglo-Saxon goddess of fertility and spring, Eostre, whose symbol was reputed to be a rabbit or hare. Historical evidence for Eostre is scarce with only the work of the Venerable Bede providing a written reference. His work, The Reckoning of Time, written in the early 8th century states that a feast was held in her honour during the spring but makes no mention of any rabbits!

Some eastern European countries hold water fights over Easter. Boys throw water over the girls on Easter Monday and the girls get their own back on Easter Tuesday. There are often other rituals involved, such as dressing up as bears, reciting poems and processing around the town or village. Its origins are somewhat obscure but it’s though possible that it is connected to the Slavic pre Christian celebration of the spring equinox and to the Slavic fertility goddess. In the 15th century the Bishop of Poznań forbade the practice and people were told not to pester their neighbours. How effective this was remains unclear.

In southern Germany residents of Traunstein, Bavaria, brave the cold and snow to hold an Easter horseback parade where the riders take their horses to church to be blessed on Easter Monday. In addition they also partake in a colourful sword dance.

So this week, whilst you bake your Simnel cake, order the hot cross buns or just prepare to get stuck into some chocolate Easter eggs, spare a thought for the elaborate preparations some of our European cousins are making to celebrate Easter.