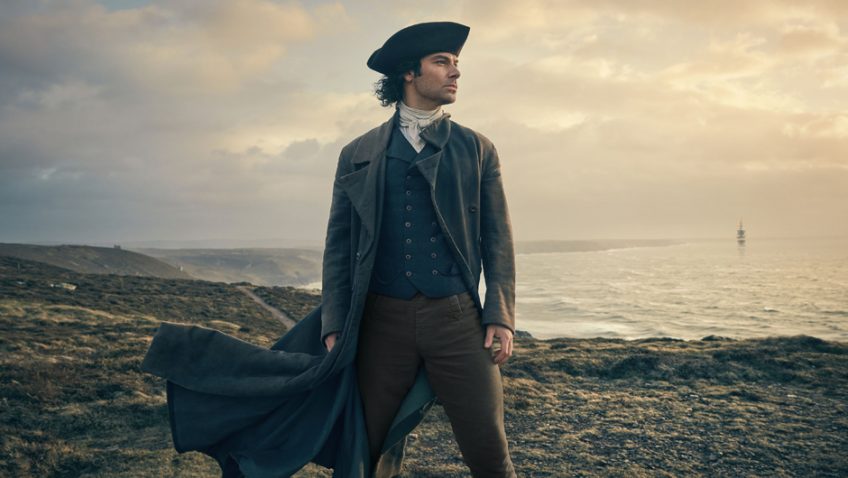 Book to TV adaptations were plentiful in 2016 and this year progresses we can expect to see those “soon to be TV series” shelves in our bookshops filling up fast.

When an adaptation of the book is made into a television drama most publishers release the book again and you can watch the successful one climb the bestsellers lists. The recent BBC drama, Apple Tree Yard by Louise Doughty was first published in 2013 but was snapped up again by readers after the sizzling adaptation was aired in February of this year.

I prefer normally to read the book but when I have struggled with concentration or time with large tomes I am happy to watch the serialisation. For me, Wolf Hall by Hilary Mantel was a delight and I should never have stuck with the book by Leo Tolstoy but I hugely enjoyed War and Peace on the screen. Often the television drama proves to be a disappointment if you have images in your mind of the book’s characters and the actor’s portrayals don’t match up. In some cases, though, I find myself more drawn to the hero than in a reading: Poldark has to be a prime example.

The series of books by Winston Graham that make up the Poldark story, although adapted for TV in 1975 the latest version is extremely popular, partly due to the lead actor, Aidan Turner.

Charles Dickens has always been a stalwart of the broadcast industry with many films and television shows based on his much-loved books, and along with Thomas Hardy it seems that we cannot get enough of the characters and touching stories.

Jane Austen’s six official published novels have all been given treatments and Elizabeth Gaskell has had several of her novels filmed along with the Bronte sisters. Anthony Trollope and John Galsworthy have had their works interpreted and the social mores of the times make fascinating viewing.

More recent series have been made of the books from the 1900s and the ITV second series The Durrells, based on the writing of Lawrence Durrell’s family exploits, starts shortly.

P.G. Wodehouse has amused us with his tales of Jeeves and Wooster famously starring Ian Carmichael and Dennis Price in 1965 and re-made with Hugh Lawrie and Stephen Fry in the 90s.

One of my favourite writers of the 1930 onwards is Evelyn Waugh who is thought by many to be the, perhaps the greatest, 20th-century English novelist. His books and his biography are so tightly braided together that, to the outside observer, it’s almost impossible to distinguish where fact ends and fiction begins.

Brideshead Revisited was watched by millions on ITV who followed the exploits of Charles Ryder and Sebastian Flyte and made him a household name. We are currently being treated to a BBC serial based on his first book Decline and Fall written in 1928. See our competition page for a chance to win the DVD set.

More adaptations coming to our screens this year are The Handmaiden’s Tale by Margaret Atwood (Hulu), The Cuckoo’s Calling and Cormoran Strike by Robert Galbraith and also on BBC The Miniaturist by Jessie Burton.

You might want to buy and read the books to be ready.

Let us know if you have enjoyed book adaptations or if you have been disappointed. Do you read the book first of afterwards?