Home / LIFESTYLE / REVIEWS > / FILM REVIEWS / WATCH FILMS AT HOME: Emma, David Copperfield, Save Me Too, Richard Jewell, The Mule and Portrait of a Lady on Fire – reviewed by Robert Tanitch 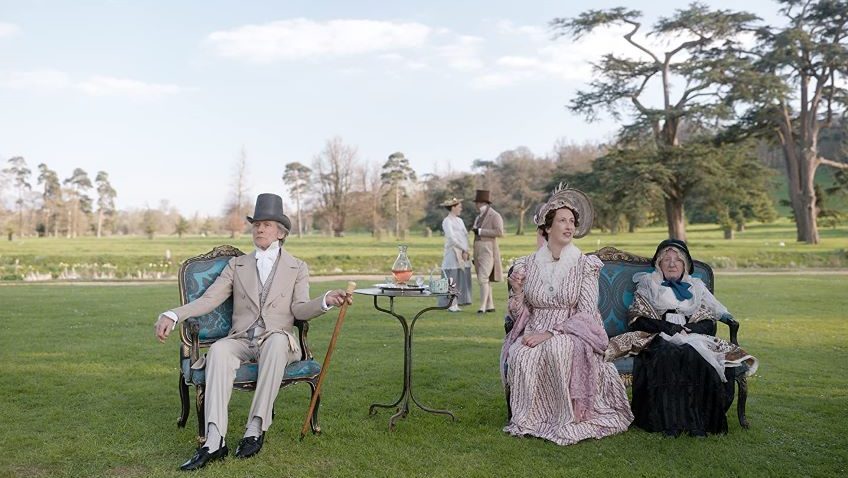 WATCH FILMS AT HOME: Emma, David Copperfield, Save Me Too, Richard Jewell, The Mule and Portrait of a Lady on Fire – reviewed by Robert Tanitch

EMMA (Universal Pictures). “I am going to take a heroine whom no one but myself will much like,” said Jane Austen. Emma Woodhouse, handsome, clever, rich, snobbish, spoiled, conceited, patronising and opinionated, meddles in other people’s lives and keeps getting it wrong. Austen’s great novel about self-deception and self-knowledge gets a fresh and a distinctive production by Autumn de Wilde, who has an eye for social structure and Regency etiquette. Superbly located and superbly costumed, the film looks beautiful and there is a fine cast headed by Anya Taylor-Joy as Emma. Her relationship with Harriet (Mia Goth) is well charted. The crucial scene at the Box Hill picnic when Emma humiliates Miss Bates (Miranda Hart), is a major turning point particularly well handled. Johnny Flynn is Mr Knightley. Bill Nighy is Mr Woodhouse.

THE PERSONAL HISTORY OF DAVID COPPERFIELD (Lionsgate) was Charles Dickens’s most autobiographical novel and his personal favourite. Iarmando Iannucci’s film isn’t as true to Dickens as Autumn de Wilde is true to Jane Austen. The colour-blind casting will infuriate many. The film doesn’t feel Dickensian. (David Lean’s versions of Oliver Twist and Great Expectations are still the benchmark). However, having said that, Dev Patel is a delightful Copperfield and he is surrounded by a galaxy of well-known actors all providing amusing caricature. They include Peter Capaldi’s mad Mr Dick, preoccupied with King Charles’s decapitated head, John Laurie’s Mr Micawber, permanently in debt, forever optimistic, Tilda Swinton’s Betsy Trotwood and Ben Wishaw’s obsequious Uriah Heep.

SAVE ME, TOO (Atlantic). Second series. A bleak thriller about sex trafficking. Lennie James has created and written a whacking lead for himself and he gives a terrific performance. He plays a well-meaning but flawed father who, looking for his own missing daughter, finds another missing girl. The police haven’t enough hard evidence to convict and the paedophile goes free. Is that justice? And what is he going to do about it? I wish the film had spent a bit more time with the paedophile’s wife (Leslie Manville). But here are already far too many characters and they are a distraction. The ending, too, will make nobody happy; unless it is signal that there is going to be a third series.

RICHARD JEWELL (Warner). Atlanta Park Summer Olympics 1996. A bomb goes off during a concert. The security guard, who discovered the bomb before it went off, saved many lives He is hailed as a national hero and then falsely accused of planting the bomb. He is totally innocent. There is no hard evidence against him. He becomes the prime suspect simply because he fits the profile of a weirdo terrorist. Clint Eastwood is 89 years-old and still at the top of his game as a director. The film is an indictment of the appalling behaviour of the media and the FBI, who hound, humiliate and railroad him. Paul Winter-Hauser as the overweight and deferential guard is absolutely convincing as the obsessive stickler for law and order. His relationship with his mum (Kathy Bates) and his lawyer (Sam Rockwell) is well played out.

THE MULE (Warner Bros). Clint Eastwood is still acting as well as directing. He holds the screen completely as a drug courier who is working for a Mexican cartel. He spends his day on the road and his nights with two hookers. The pace is slow. It’s a gentle road movie, not an action thriller. Eastwood has bags of charm. The pleasure is watching him playing up to the Mexican criminals and pretending to be the fragile, doddery, slightly gaga old man they think he must be.

PORTRAIT OF A LADY ON FIRE (Curzon Artificial Eye) is an excellent gay feminist romantic love story set in the late 18th century, a period film yet it feels modern. It feels like an adaptation of a classic novel (it isn’t) and owes something to the Orpheus/Eurydice legend. It is written and directed by Celine Sciamma; sensitively acted and beautifully photographed. A mother invites a professional portrait painter (Noemie Merlant) to paint her daughter (Adele Haenel) without her daughter knowing she is being painted. The portrait is for her future husband who lives in Milan and whom she has not seen. It is an arranged marriage. The two women develop an intimate and forbidden relationship. The story-line is totally gripping.