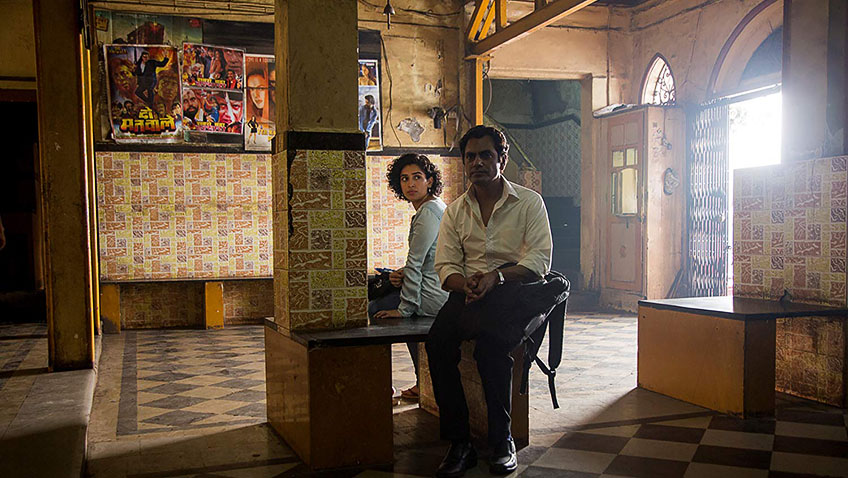 The Lunchbox director returns to Mumbai for another romantic, if rambling, love story

Indian filmmaker Ritesh Batra followed up his warmly received 2013 art house hit The Lunchbox, by directing Julian Barnes’ adaptation of The Sense of an Ending. The best thing to come out of that misguided career move is that Batra has returned to Mumbai to make another atmospheric story of star-crossed lovers, separated not by an unhappy marriage, as in The Lunchbox, but by class and religion. 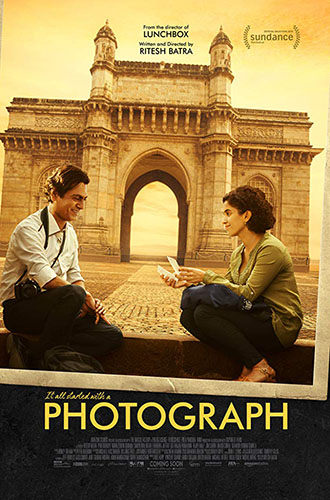 The good news for fans of The Lunchbox is that Photograph is similar in its deliberately paced style, riveting shots of everyday life in Mumbai, and romantic vision of love in a world of arranged, loveless marriages. The film’s appeal is mitigated by a sense that Photograph feels, for all its randomness, contrived with too much depending on the lovely twist at the end. This ending winks at the audience and reminds us that, as the poor Hindu villager Rafi (Nawazuddin Siddiqui) tells his middle-class, Muslim girlfriend Miloni (Sanya Malhotra), ‘the stories are all the same in the movies these days.’

Rafi ekes out a living taking souvenir photographs at the 1911 Gateway of India monument in Mumbai. Rafi’s friends joke about his lack of a wife and there are rumours that his strong-willed grandmother (Farrukh Jaffar), who brought him up, has stopped taking her medication to save for the dowry – or add to the pressure. As we learn, the reason that Rafi is skint, is not so much his precarious living, but his noble choice to pay off his irresponsible father’s debts and buy back the family property he forfeited. This information is clearly meant to reassure the audience that Rafi is, despite his current situation, a solid guy and marriage material.

Rafi tells his friends who live in a kind of adult boarding house in Mumbai, that he does not want to be one of those husbands who leaves his wife and kids in the village and works in the big city. But across town in a loving, comfortable middle-class home, Miloni, and in school, where she is distracted from the grind of studying for her accountancy degree, stares at a photo taken the previous day at the Gateway of India. She shows it to her classmates who pass it around until the teacher confiscates it. Around the family dinner table, Miloni is teased about her childhood ambition to be an actress and this is no throwaway conversation.

Miloni imagines herself, not sitting behind a desk in Mumbai, but living in a village and, as though preparing for the role, she asks the family maid what village life is like. Miloni is undaunted by the thought of doing hard farm labour in the morning and taking naps in the afternoon. The evening would inevitably entail feeding the family.

In Batra’s Indian films, boy does not just meet girl. The material object over which the two mismatched lovers meet in a random quirk of fate, is not only embedded in Indian culture, but gives the film its title. Miloni, walking through the Gateway of India the previous day as on so many other days, had, on a whim, or because of the photographer’s manner, consented to the photograph as though she were a tourist. She is instantly struck by its almost transformative power. She sees another person in the photo, one who is not only beautiful, but happy. When Rafi bends down to produce a receipt, Miloni disappears, having forgotten the matter of payment.

Rafi makes a point of tracking down the woman. At first it is the idea of a swindle that motivates him, but he realises that there is more to it and sends his grandmother the photo, telling her he has a girlfriend. And when his grandmother announces a visit, he asks Miloni to pose as his intended, and, rather improbably, she not only accepts, but really gets into her role.

The photo has, of course, a symbolic meaning that, while, far from subtle, lends this tale a kind of magic realism that is a nice counterpart to the gritty scenes of a bustling marked by the gap between the haves and have-nots. 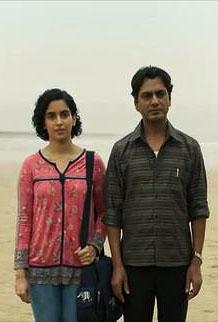 If beauty is in the eye of the beholder, this cheap polaroid photo transmits the love Rafi feels for his subject to everyone who sees it as well as the happiness reflected from his subject. No wonder Miloni’s teacher, who has a crush on Miloni, but is a kind of sexist, elitist bully, wants to keep it and refuses to give it back to her. And no wonder the eligible suitor of a would-be arranged marriage is eager to meet Miloni when he receives the photo (by now, Rafi has made copies). What the personable young suitor offers is a free ticket to the USA where he will be studying for an MBA to ‘get away from his parents’. He sounds like a much better catch than Rafi but is stunned when Miloni tells her dreams are of an Indian village and not of the USA.

And little wonder, too, that despite the significant barriers of age, religion and class, barriers that are found in many Bollywood films, Miloni finds herself spending more and more time with Rafi and his annoying grandmother, even making herself ill to prove her village credentials by joining granny for a flavoured ice at a street stall.

It is in a cinema where Miloni’s dream – and not of being an actress, but of romantic adult happiness – confronts a harsh reality when a rat scurries over her foot and she runs out, leaving a bemused Rafi to chase after her. His conversation with Miloni, with its powerful double entendre, comes close to breaking the fourth.

It is just a shame that before this epiphany in the cinema, we have to spend so much time with Rafi’s friends and his grandmother, and are expected to believe that Miloni’s Muslim parents simply drop the idea of an arranged-marriage after Miloni walks out on her MBA suitor, justifying it with their knowledge that he was once fat and could put on weight when married. Similarly, a big subplot that has Rafi determined to revive a defunct soda company when he learns that it has a special nostalgic appeal for Miloni, is left dangling. This could be the plot of an entire film but is tacked on to the end and Miloni never learns of Rafi’s romantic ambition.

Whether we are meant to imagine all the pieces coming together in the coda of our imagination or are expected to accept the conventions of Hindi cinema, Batra leaves things up in the air for his couple, and his viewers.