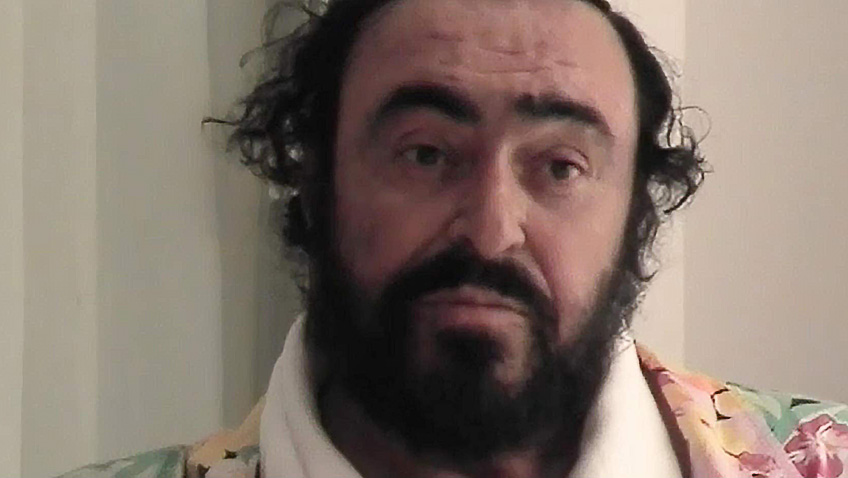 Ron Howard is no stranger to biopics: backed by his producer partner since 1985, Brian Grazer, who also produces Pavarotti

, Howard directed Rush, Frost/Nixon, A Beautiful Mind, Apollo 13, and his first documentary biopic The Beatles: Eight Days a Week – The Touring Years. The Beatles film was a joy, but, graced with unfettered access to Pavarotti’s archives and backed by Pavarotti’s estate, his widow, Nicoletta Mantovani, and Decca, his record label since 1964, Howard was charged with making the definitive cradle-to-grave biopic of the living legend.

boasts 53 new interviews, including the first ever with his impressive daughters from his 40 year marriage to Adua Veroni and, unusually, there is revealing access to his managers and promoters. But what makes the film so compelling and fresh are the priceless anecdotes, my favourite being neophyte Polygram/Decca executive Michael Kuhn’s attempt to tell off the maestro for singing on a rival (Adua’s) record label. Of the Pavarotti who angered many for wasting his voice on popular culture and mass exposure, U2 singer Bono says, ‘some can sing opera; Luciano Pavarotti was an opera.’ Fittingly, then, Howard gives us Pavarotti’s eventful life as a 3-act opera.

In Act 1, the youngest child of four of a baker father and factory worker mother, Luciano was born in 1935, as WWII was creeping ever closer on the outskirts of Modena, a city he contributed to in many ways, most notably with the annual Pavarotti and Friends concerts. He sang alongside his father, an amateur tenor, in the choral society of Modena, which gave him much pride and no doubt planted the seed of his vocation.

But first Luciano had to abandon his dreams of playing professional football, and then give up work as an elementary school teacher, a “fall back” profession he took up because he did not have what it took to turn professional. Luciano’s mother thought her son did, and he began voice training while teaching.

In 1961 Pavarotti won a competition to perform the role of Rodolpho in La Bohème followed by his first appearance as Tonio in Donizetti’s La Fille du Regiment in a small regional theatre. This is the year he married Adua Veroni who became his business manager. ‘I fell in love with the man – he was very handsome; and then I fell in love with his voice’ she tells us in one of many appearances in the film.

Just two years later Pavarotti made his Covent Garden debut in the same role when he stood in for his idol, Giuseppe Di Stefano. He wowed audiences and was given the title, King of the High C’s. The opera singer Angela Gheorghiu, the conductor Zubin Mehta and Pavarotti himself (with his wonderful horse jumping analogy) discuss the high C phenomenon, but beyond the high C’s, the film never really gets to the heart of what made Pavarotti’s voice superior to that of other great tenors.

Although Pavarotti and Adua had three daughters early on in their marriage, he was travelling by the time they were toddlers and his one regret was that he was not a better father. When she was eight, Lorenza Pavarotti wrote in a school essay that her daddy is a thief because he goes to work late at night with a big bag of disguises. Adua taught the girls the plots to the operas and when Cristina Pavarotti first saw her father die on stage in Tosca, she screamed out, ‘Papa!’ with filial emotion.

Between 1961 and 1967 Pavarotti recorded the 11 operas and the Verdi Requiem for Decca Records, which remain mainstays of his legacy. And in 1967 Herbert Breslin became his New York based manager in a relationship that lasted until 2003. Breslin famously told Pavarotti: ‘you’re such a nice guy; you need a real bastard to manage you.’ Breslin was surprised to find that Pavarotti had never sung in concerts or recitals and the reluctant tenor took to it, touring rural America and revelling in the fast food outlets as much as in introducing farmers to opera.

Act 2 is the era of the hard-nosed concert promoter Harvey Goldsmith who had the idea of booking Pavarotti – who, he learned, had just sold out Madison Square Garden – into Earls Court when Bruce Springsteen cancelled. Breslin, who Goldsmith calls “a diva” refused, but Goldsmith got through to Pavarotti, who, he says, ‘had a knack of making people feel he was a friend.’ But Goldsmith was eventually upstaged by Hungarian impresario and entrepreneur Tibor Rudas who booked not just concert venues but stadiums. He signed up the Three Tenors and organised the international success of Pavarotti and Friends.

The interviews with Domingo and Carreras hold few surprises, but the footage of the Three Tenor concerts is exhilarating. As the three friends ham it up against the backdrop of the ancient Baths of Caracalla in Rome and take turns with Nessun Dorma, an exhilarated and exhausted Zubin Mehta steps back to applaud the tenors, looking a bit like Peter Lorre in M. The recording became the best selling classical album of all time and led to the trio being dubbed the greatest boy band in the world.

Act 3 covers Pavarotti’s controversial (“Opera does not benefit from Pavarotti’s benefits”) charity concerts, his controversial second marriage to Nicoletta Mantovani, a university student and “assistant”, thirty-four years his junior, and his death.

American soprano Madelyn Renée Monti provides candid testimony of the price paid for being an attractive, musically gifted and infatuated “assistant”, while Adua admits that her husband’s infidelities were hurtful, but there is no mention of Pavarotti’s other nickname, The King of Cancellations. We do, however, learn how he dropped everything when his daughter Giuliana was operated on for paralysis and when his fiancée, Mantovani, was diagnosed with multiple sclerosis.

A thrilling highlight is the footage from the deluged 1991 Concert in the (Hyde) Park. The elite, seated in front, were under pressure to lower their umbrellas which were blocking the view of the masses. Princess Diana was the first to fold her umbrella, as a beaming Pavarotti dedicates Puccini’s aria I Have Never Seen a Woman Like That to the drenched princess, who never looked more beautiful. When the two meet back stage, their instant rapport inspires Pavarotti to follow Diana into charitable work. His Pavarotti and Friends concerts from 1992-2003 raised millions of dollars for Bosnian and other war children – an experience that touched Pavarotti personally, recalling his own experiences of the horrors of World War II.