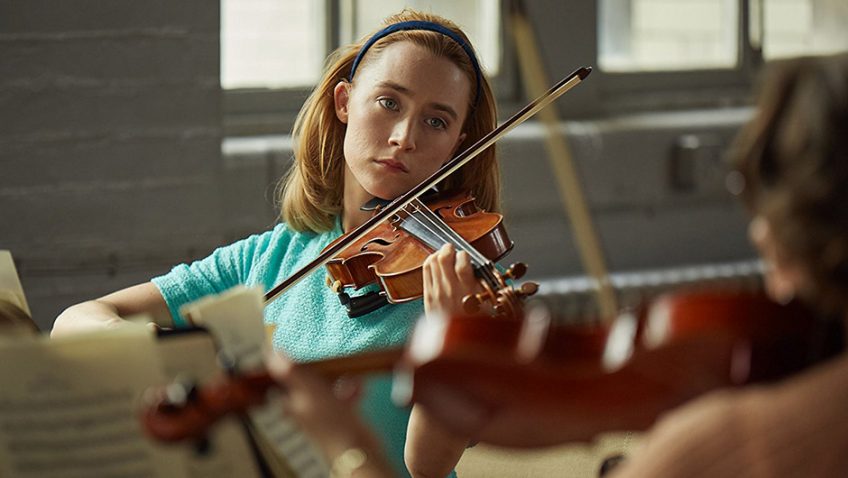 An admirable, but flawed adaptation of Ian McEwan’s masterwork

One of the most surprising things about the feature film debut of the renown theatre director Dominic Cooke is not that it is ravishingly shot with superb period detail and well-acted by its British cast who nail their characters perfectly. More surprising is that the author of the 2007 gut-wrenchingly sad and thought-provoking masterwork, On Chesil Beach

adapted his own novel. Ian McEwan’s script is faithful to his novella in so many details – down to the exact colour of Florence Ponting’s wedding night dress – that you get a good idea about what the book is about, but not about what makes it profound and haunting. If you haven’t read the novella or seen the film this review contains some spoilers of both media, but so does the trailer.

The film opens in 1962 (much is made in the book of the impact of the socio-economic implications of this year on the characters) with panoramic shots of the gorgeous, atmospheric, wild and empty expanses of a romantic Chesil Beach. Then we see a long shot of newlyweds Florence Ponting (Saoirse Ronan) and Edward Mayhew (Billy Howle) strolling hand-in-hand along the beach. This scene is not shot as a dream, but as at what the couple are doing before returning to their hotel.

Yet this opening on the freedom of the great outdoors is incongruous with what follows in the next quarter of the film and ruins the atmospheric effect. For in both the novella and the film, McEwan takes great pains to imprison these naïve virgins, inside a stuffy, claustrophobic, old fashioned hotel where sniggering waiters intimidate them. He does not free them until it is too late and the bride does a runner.

Wealthy, sophisticated, brilliant classical musician Florence, and significantly poorer, country bumpkin Edward, with a first-class history degree, younger twin sisters, and a love of jazz and Rock and Roll, meet at a political rally in Oxford and fall in love over the course of a year. Edward’s father (Adrian Scarborough) is a school principal, and despite the chaotic household due his recently brain-damaged mother (Anne-Marie Duff, courageous), theirs is a warm and loving family. Florence’s family is aloof and all about appearances. There is also a hint (‘it was late in the evening and her father was moving about the dim, cramped cabin, undressing, like Edward now’) which you would never get from the film, that Florence’s frigidness might be linked to child abuse. Other elements of the novella (and film) leave us in doubt.

Edward is handsome, polite, intelligent and the two are so in love, that he is accepted by the snobbish Violet Ponting (Emily Watson), particularly as Edward agrees to abandon his dream of writing historical novels, and work as a salesman for Florence’s hard-headed, competitive, self-absorbed father (Samuel West). 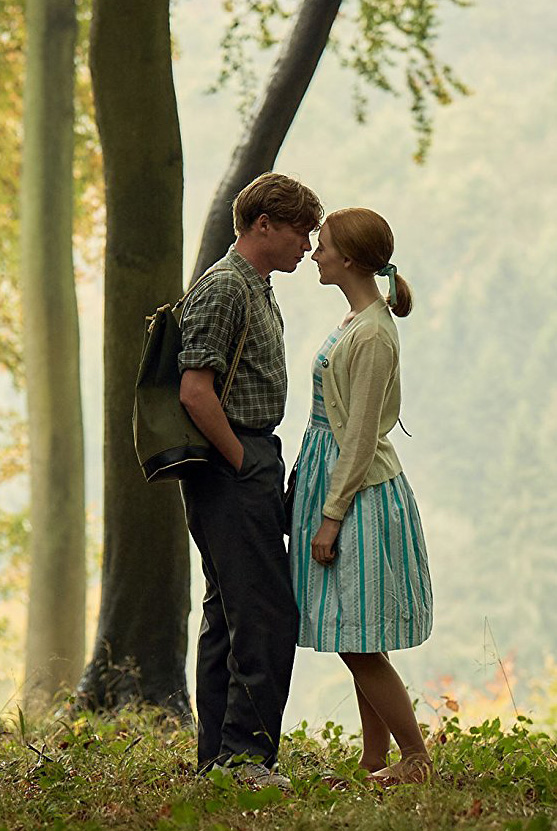 Saoirse Ronan and Billy Howle in On Chesil Beach

We know that both Florence and Edward want to ditch the tasteless meal for which they have no appetite and take to the beach with a bottle of wine. Their upbringing and their notion of decorum held them back. Being an adult in 1962 means that you do not do childish things like bolt from a meal that you paid for and others prepared.

The novella contains the beautiful line, ‘Still, Edward was troubled by the call of the beach.’ Would their fate have been different if they had taken that walk? Those seeing the film without having read the novella will never be able to ask that question as we have witnessed their pre-dinner walk an odd return to confinement.

McEwan’s novella is so intricately plotted through a series of flashbacks from two streams of consciousness (his and hers) that is a tribute to the filmmakers that they handle this intricacy so affectively. The flashbacks emanate fluidly from the wedding night disaster and, far from interrupting the action, they serve as a respite, as we know that we will return to the critical moment. The narrative of their courtship shows us, rather than tells us, that the two young people are in love and why they are so good for one another despite their different interests, backgrounds and class.

While the present (wedding night)’s triggering off of memories continues until the final 9 pages of the book (in which Florence is never seen again except in Edward’s and an external narrator’s thoughts), the film switches to Edward’s point of view in the final quarter. Unfortunately, we not only see Florence, but a daughter that the novella never mentions.

We recall from the flashbacks Florence proposing the name Chloe for the child they were never to have. And sure enough, one day, a little girl named Chloe walks into Edward’s record shop asking to purchase a Chuck Berry record – Edward had played this for Florence – for her classical music-loving mother’s birthday. It is so explicit, corny and sentimental that the spell is broken. The mention of Florence’s other children in the film – whom we actually see) implies that with the right man (in the film Florence has married Charles from her quartet) Florence would have been a normal woman and not the free-thinking, career-minded girl frightened of sex.

But Edward was the love of her life and, while the film sadly, does not convey Edward’s realisation of his loss in the same way as the book, both of their lives suffer from Edward’s rash, pride-fuelled rejection of Florence’s proposal after he follows her down Chesil Beach. He realises only much later in life that she was ahead of her times, and way ahead of him in suggesting an alternative way of living together. 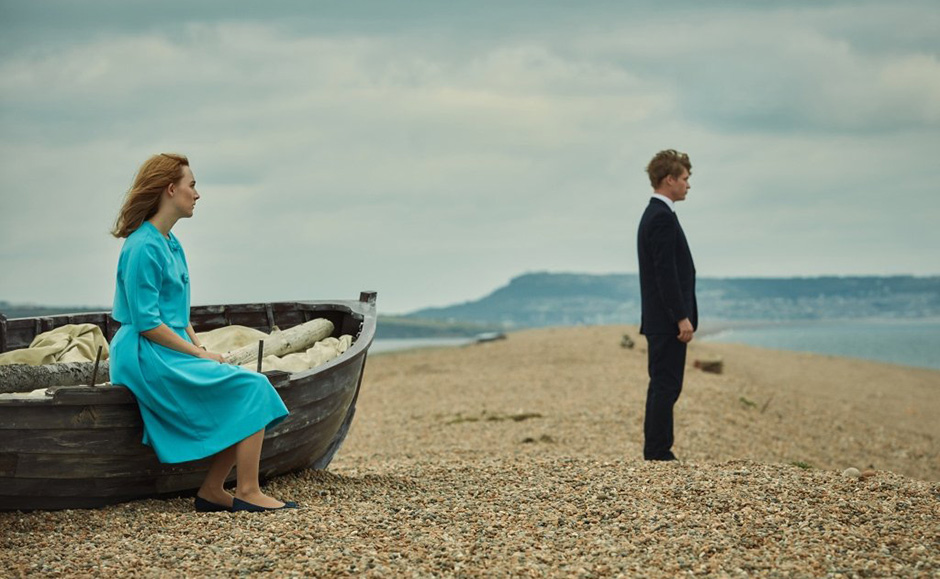 Saoirse Ronan and Billy Howle in On Chesil Beach

In the novella Edward’s future (much more varied and interesting than in the film) is quickly sketched in, enough for us to realise that without Florence, his aimless life lacked ambition and ‘his modest achievements were mostly material’. But, importantly, we never learn about Florence, except through newspaper articles about her quartet’s success – that in the book Edward does not read. He does not attend her concerts so he could not know that Florence does glance at the seat he once reserved for her Mozart D Major Quintet debut. Preposterously, in the film a badly prosthetically-aged Edward is in that seat, blubbering back to Florence’s tears.

Arguably the best adaptations are those that deviate completely from the source, but keep its underlying concept and/or spirit; or, like the Oscar-winning adaptation, Call Me by Your Name, remain faithful while finding a cinematic equivalent for words, emotions and actions that cannot be transferred literally to the screen. The filmmakers have not succeeded in accomplishing either, perhaps because audiences want something concrete. But the audience will have lost so much of book’s cruel irony; the pain of missed opportunity and its passionate sense of longing.