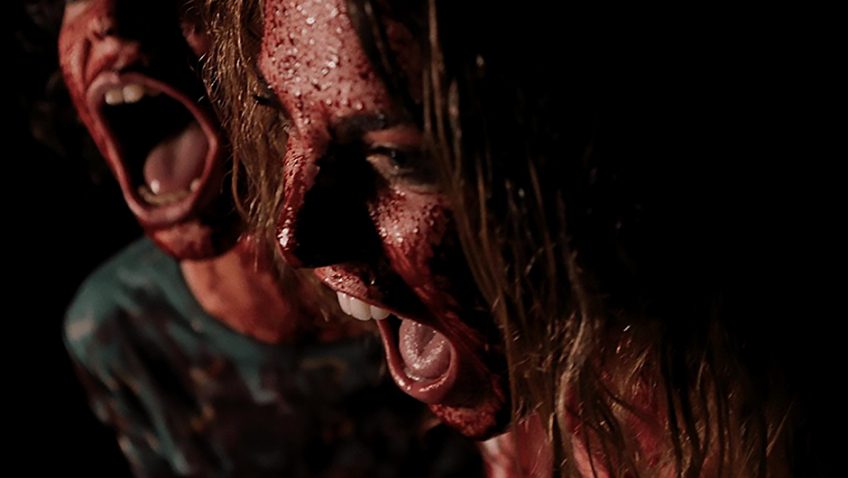 A satirical horror film that reimagines the family movie

, gives expression to the unspeakable thoughts of stressed-out parents the world over whose children remembering all that they sacrificed for their ungrateful brats: ‘We love you, but sometimes we just want to kill you.’ A one-dimensional, high-concept film with no subplots or memorable characters depends on an adept filmmaker to sustain the momentum. During its merciful 86-minute running time Taylor introduces just enough twists, turns and variations on a theme to keep it from growing tiresome and repetitive.

Philip Larkin’s famous poem that begins, ‘They fuck you up your mum and dad’ has yet to take on its most literal and sinister meaning when we first meet the Ryan’s, a typical two parent, two-child family in a typical middle-class suburb of a typical Mid-Western American city. Kendall (Selma Blair) is an attractive woman in her 40s whose career is now bringing up her children, going to aerobics class, and keeping house (with the help of a housekeeper). Brent (Nicolas Cage) has given up the freedom of his reckless, musical youth for an ungratifying office job.

He tries to be a good dad, even when son Joshua (Zackary Arthur) insists on playing ball in the house. Taylor – and his adroit editors Rose Corr and Fernando Villena – freeze frames the moment when Brent is about to lose his temper after being hit on the head by the ball, but ultimately decides to laugh it off instead. The tense look between father and son is a kind of foreshadowing for the moment when Brent is unwilling and unable to control is true feelings.

Zackary’s older sister, Carly (Anne Winter) is a typical teenager: wearing too much make up, spending too much time on her mobile, and dating her black school mate Damon (Robert T. Cunningham), partly, you imagine, as a rebellious statement in a still discretely racist community. When Carly, who is to meet Damon, tells her mother she is going to the movies, Kendall calls her bluff in a Hollywood in-joke: ‘Since when does anyone under 30 go to the movies?’ Kendall’s biggest gripe is that her daughter spends too little time with her. This is when we are given the information that the grandparents are coming to visit and so Carly is must stay home. 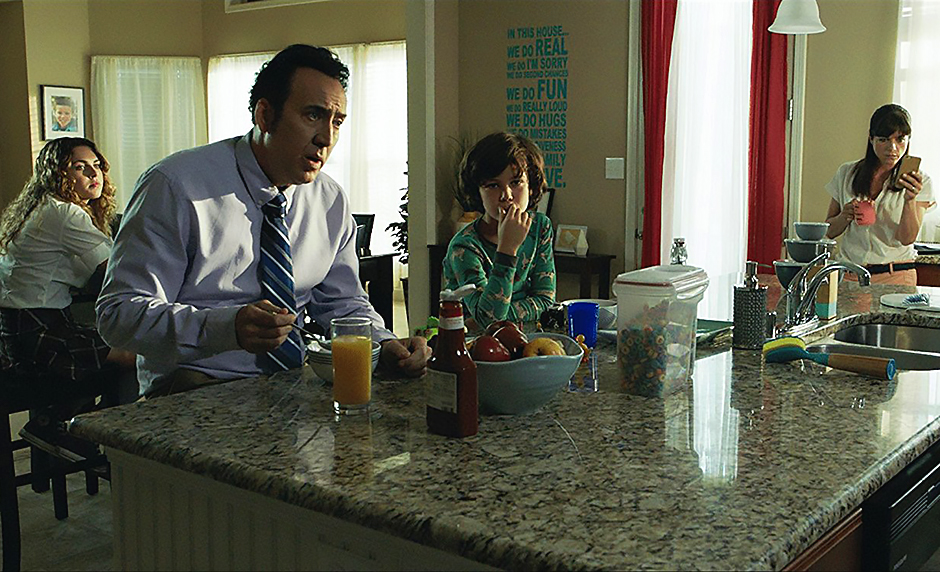 The Ryan family is no more or less dysfunctional than most families, and that is the point. Under the normal, happy family façade, which everyone buys into, is buried parental resentment and even regret, sentiments signalled in the film by quick visual flashbacks of youth and dreams that were compromised for family life.

Sometimes, these sentiments are more explicit. In one scene Kendall, itching to get back to work, meets with an old friend who is surprised to see her, now a mother of two. He is still without any responsibility save his career. Kendall reminds him, ‘you told me if I ever wanted to get back in…’ only to be reminded, ‘but that was 15 years ago!’

In the car Kendall tells Carly, ‘I would love to trust you more, but you don’t make it easy,’ a line that returns later in the film, when Carly expresses the same sentiment to her mother. Kendall gives everything away when she tells the indifferent teenager, who is preoccupied with her Instagrams: ‘For me, you and Josh are everything. Don’t shut me out. It’s not fair.’ Kendall is only now realising that the concept of fairness has no place in the parent-child relationship. Children owe their parents nothing, and did not demand their sacrifices.

In another recently released satirical comedy about ‘happy families’ in suburbia, George Clooney’s Suburbicon, a father who works in a dull office job is intent on killing his hapless son who knows too much about his father’s crime of passion for the life insurance pay-out. But in the case of Mom and Dad

, the catalyst is not an affair, but an unexplained epidemic that sees parents gathering at the school gates like zombies.

This scene outside Carly’s school is a satire within a satire for anyone who has been caught up in the middle-class school run. Even when the adults start climbing over the school gates and clubbing their offspring to death in the playing field, Carly and her best friend Riley (Olivia Crocicchia) cannot fully imagine that their respective parents will be part of this inexplicable slaughter. 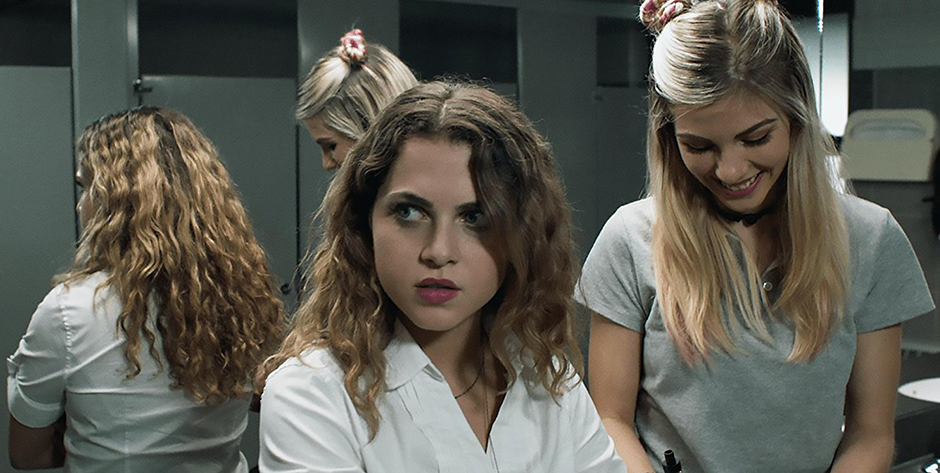 Olivia Crocicchia and Anne Winters in Mom and Dad

While Carly wouldn’t give her hyper-active brother the time of day in normal circumstances, her own sisterly, if not maternal, instincts kick in when she realises he might be in danger. She makes her way to the house through a landscape of carnage and danger that summons of visions of apocalyptic movies like These Final Hours. After a lucky getaway from his own alcoholic father, Damon makes his way to Carly – a bit like in Seeking a Friend for the End of the World. This help and companionship come none too soon as Carly is now on her own after witnessing Riley’s mother choking her own daughter.

If the social satire is far from subtle, it is an original premise for a horror movie. The camera work, editing and music all work together to sustain the mood and action. The problem with Mom and Dad

is that while it is gruesome, and scary enough for the genre, it is not funny. This might not be because we are all somebody’s children but because there is nothing funny in the script or in the action.