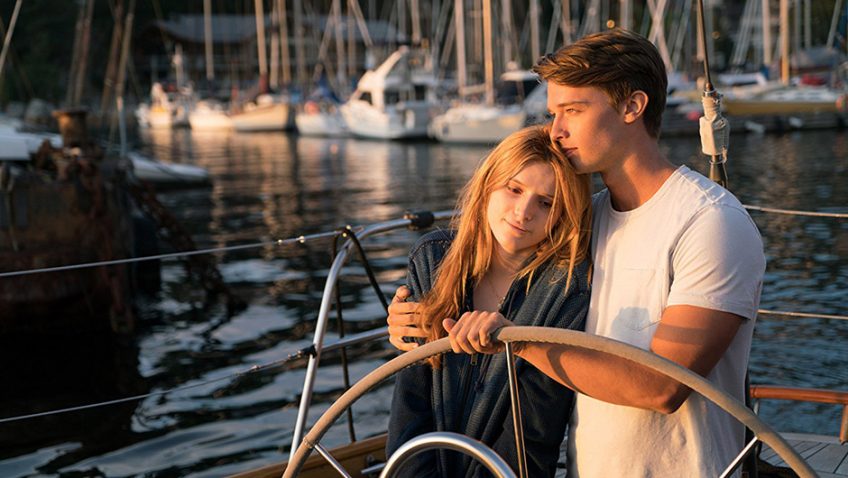 This remake of a 2006 Japanese film directed by Norihiro Koizumi is a Mills & Boon romantic weepie targeted at 12-year-girls for whom every 17-year-old couple have stepped out of a Burberry advertisement and into a conflicted life with a single parent, doing the best they can. The main – in fact the only – reason to see Scott Speer’s (Step Up Revolution) chaste, sentimental remake is for a close enough look at Patrick Schwarzenegger, to realise that this eldest son does resemble his dad.

In all fairness, Bella Thorne is surprisingly naturalistic and charismatic, too, given the limitations of the script by first time feature writer Eric Kirsten. Thorne, a beautiful strawberry blond with a Victoria’s Secret body began her career on the Disney Channel and graduated to playing a cheerleader in a cult in the teen horror movie The Baby Sitter.

Here she is saddled with the familiar name of Katie Price. Price, AKA Jordan, is that 39-year-old reality television star of Eurovision Song Contest and Celebrity Big Brother fame, and the filmmakers have seen fit to make their Katie Price a singer/songwriter who finds fame too late to enjoy it.

But this Katie Price is saddled with something far more serious than a dud name. She has Xeroderma pigmentosum – a one-in-a-million skin ailment that makes exposure to the sun’s rays potentially deadly. Her guitar playing mother died when she was young, and her too-good-to-be-true father (an impressive performance from Rob Riggle). 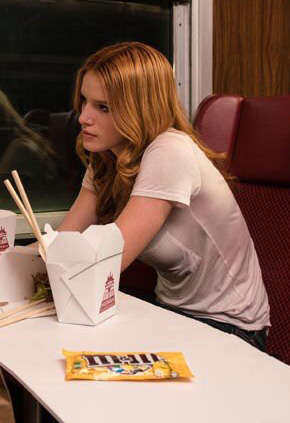 Early on in the film Katie, who narrates her background, tells us that the kids at school, her only girlfriend Morgan (Quinn Shephard) being a rare exception, were less than kind and stayed clear of her. There were rumours that she was a vampire. Coincidentally, perhaps, there is a 2013 film entitled Midnight Son, in which life is made even worse for a lonely young man with Xeroderma pigmentosum when he discovers he has taste for human blood.

As this is a fairy-tale, the filmmakers have long-haired Katie sitting high up at a large picture window like Rapunzel in her tower. The analogy is apt, as Katie cannot go out and looks down on her would-be saviour below, unable to beckon to him. The windows are specially tinted so that she can see out but UV rays can’t get in. From her vantage point, she watches Charlie Read (another stock name) pass by on his way to school through different phases of his life. It was love at first sight with the boy on the skate board and love at first sight for both of them when, years later, Charlie meets Katie busking in front of the train station late one night.

Charlie is smitten by this gorgeous girl’s lack of guile and pretence – and perhaps, too, by her adoring eyes. Katie is coy and awkward when Charlie invites her out for her first date but eagerly accepts. He is mystified when he learns she has lived nearby all these years but he has never seen her. She tells him she was home schooled (although she was graduated from the same school as Charlie), and that she is busy during the day and can only date him at night. That’s fine with Charlie, who, thanks to Katie resumes competitive swimming for a scholarship to Berkley. 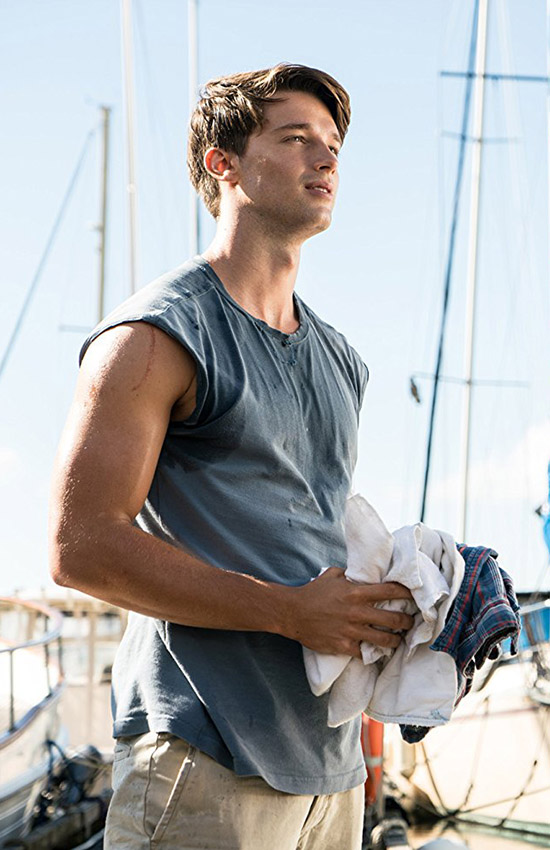 It’s not fine with Jack, Katie’s dad, who is concerned that Katie has not told her new friend the truth. But Katie wants to be, for just once in her life, a real teenager not defined by her illness.

The handsome couple begin a summer romance with lots of making out to retain the 12A rating and there is isn’t so much as a hint of an argument. They take their first train ride together to the big city and Charlie not only takes Katie dancing but arranges for her to perform on the esplanade where people wildly applaud her passable singing. Lying on the beach in each other’s arms, after a dip in their underwear in the early hours of the morning, Katie loses track of time, or does not realise the watch has stopped. Racing home in panic like Cinderella as the first rays of sun hit her body, her prince is left behind bemused.

Since this is America, there is no analogy to Tennyson’s ballad of ‘The Lady of Shalott’, a favourite of the pre-Raphaelite painters for its tragic romance. The Lady is cursed to weave all day only permitted to look out of her window through a mirror. When Lancelot passes by, she impulsively turns to see him in person, and quickly dies.

But there is a crushing dose of cliché and sentimentality in the final third of the film that goes from bad to worse when Katie’s song, Charlie’s Song, seems destined to be her legacy, a bit like Keats’ poetry was his.