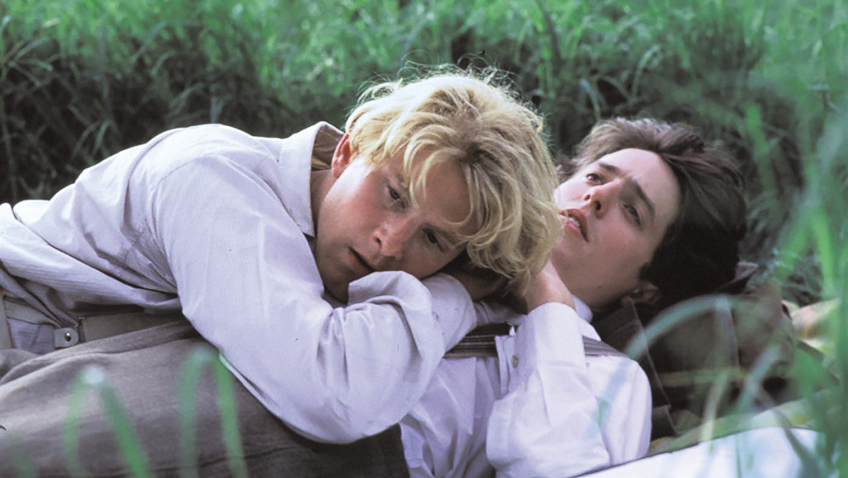 , which has been given a magnificent 4K restoration for its 30th anniversary, has been compared with last year’s masterpiece, Call Me by your Name, for which Ivory, now 89, won the Oscar for Best Adapted Screenplay. He missed out on that award for Maurice

– the only other film he wrote (or co-wrote – with Kit Hesketh-Harvey). Like his previous film, A Room with a View, Maurice

was adapted (by Ruth Prawer Jhabvala) from a novel by E. M. Forster. The novel Maurice

, arguably the first depiction of coming of age as a homosexual in a restrictive society, was posthumously published. Similarly, Ivory’s film was under released and under reviewed.

In a prologue, an 11-year-old fatherless Maurice is taken aside by his ebullient teacher during a class outing on a wintery beach. He is told about the changes he would be undergoing as a reached puberty and captivated by references to the ‘sacred mysteries’ of sex, the instruction assuming, of course, that sex would be with a woman.

Some six years later Maurice (James Wilby) and aristocratic Clive Durham (a 17-year-old Hugh Grant) meet at Cambridge University and become inseparable. Edwardian society had not moved on from the Oscar Wilde trial, the shock waves of which were still felt in the corridors of England’s venerable seat of upper class education. So when Clive admits his feelings for Maurice and awakens his repressed sexual feelings, Maurice is surprised and delighted to spend long summer days in his new friend’s arms.

Soon, however, Maurice grows frustrated by Clive’s insistence that their relationship should remain platonic in light of their promising careers. Although their friendship survives Cambridge and Maurice visits Clive at his stately home, he is distraught when Clive announces his marriage: a marriage designed to secure his political ambitions.

Clive has been deeply affected by the news that their former Cambridge friend, the outspoken dandy Lord Risley (Mark Tandy), has been arrested and sentenced to hard labour for soliciting sex from a soldier. Here Risley’s class works against him as he is made out to be the predator, relying on the lower class soldier’s fears of rejecting a superior, and of his need for money. The disgraced Risley’s promising career is over. 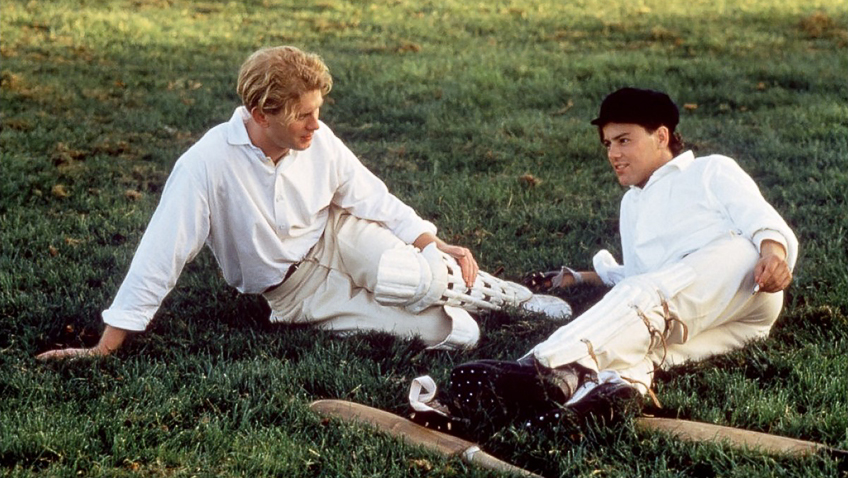 After Clive’s marriage Maurice is lost until he has a sexual encounter with Clive’s family’s stable boy, Alec Scudder (Rupert Graves). Scudder attempts to blackmail Maurice who does not see a future after their one night stand, but the two meet and discuss their situation. The sex might have been great, but, you may also wonder what could Maurice and Scudder would talk about or what they could possibly have in common.

Nonetheless, as Clive, now a successful, married politician stands on his balcony thinking about his unfulfilled love for Maurice, Maurice chooses another, more precarious path. 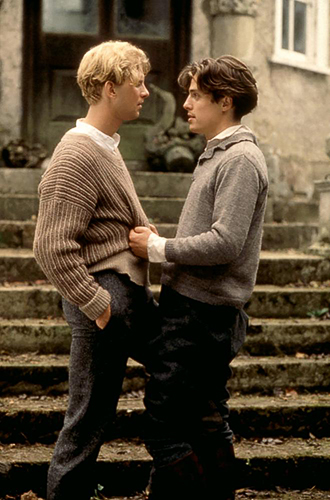 While the comparison with Ivory’s screenplay for Call Me by Your Name is obvious, the more apt comparison might be with the recent BBCI series, A Very British Scandal. In this ‘based on the true story’ drama Hugh Grant, now 57, plays Jeremy Thorpe, a closet homosexual who marries and produces a son to insure his promising career as the leader of the Liberal Party against the vendetta of a black-mailing stable boy and former lover.

Beautifully produced, acted and filmed on location and in studio with a sumptuous score from Merchant-Ivory’s regular composer, the late Richard Robbins, Maurice is let down by the ending, which stretches credibility. Today’s audience might well ask which relationship is preferable: Clive’s, with his successful career, children, a loving wife and the support of society, or Maurice, living a lonely and marginalised life, separated by his class and peers, but enjoying a sexually fulfilling relationship?

As the following statement from co-writer/director Ivory makes clear, he sees this ending as a happy one and he deserves the last word:
‘Our film Maurice remains today what it was when first released in 1987: the only openly mainstream male romance with a happy ending (except for maybe the recent God’s Own Country). This is why it has endured and is so loved by a generation yet to achieve all the goals of inclusion that have occurred since in most advanced countries — such as same sex marriage.

Many of the film’s admirers have waited for this reappearance of the film, which vanished from theatres in Britain a long time ago. I’m as thankful to the BFI for bringing it back as its fans are — maybe more, because I can now see it myself as it was meant to be seen, on a big screen, in a perfect restoration.’ — James Ivory (June 2018).