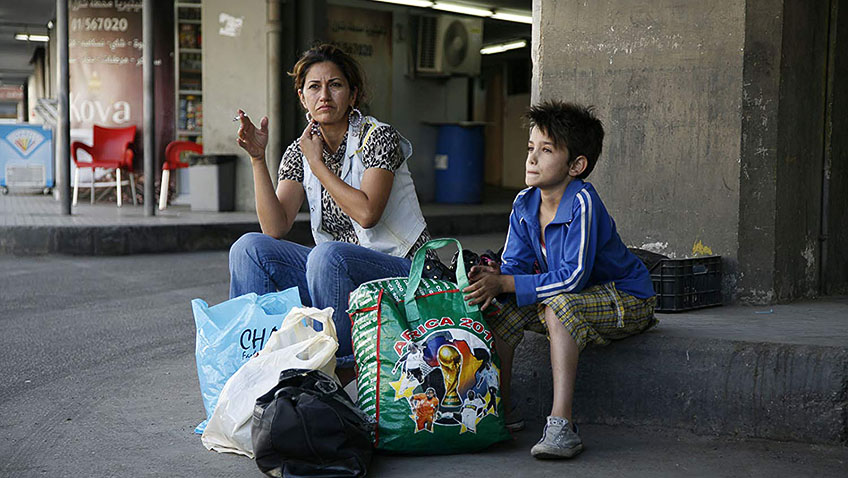 Why did Capernaum not win Oscar for Best Foreign Film? 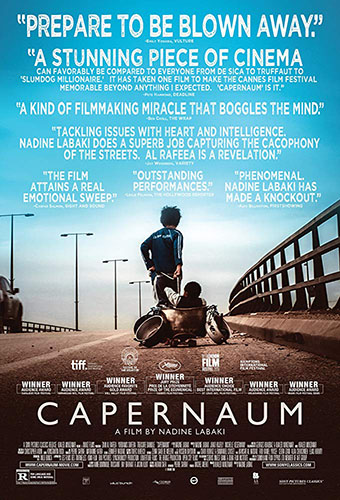 Capernaum (Picturehouse Entertainment) means Chaos. Nadine Labaki won the Jury Prize at Cannes Film Festival, the first female Arab director to win a major prize. Her deeply compassionate and heartbreaking film is about the impoverished street children who survive in the slums of Beirut by doing odd jobs, stealing and begging. There is an amazing performance by Zain Al Rafeea, a 12-year-old Illiterate Syrian refugee, infinitely older than his years. He has never been to school and never acted before. He plays a boy who runs away from his home when his parents sell his 11-year-old sister for a couple of chickens. He looks after the baby of an illegal Ethiopian refugee when she is arrested. “I want,” says the boy, when he is arrested for a crime, “to sue my parents because they gave me life.”

Babylon Berlin Series One & Two (Acorn), the most expensive German TV series ever, is based on Volker Kutscher’s novels and is set in 1929, just before Hitler came to power. It offers sex and drugs, poverty and debauchery, criminal and political conspiracy. Weimar democracy is under threat from the communists and traditional conservatives. A goods train carrying poisonous gas and gold is hi-jacked. A Russian Countess is a drag artiste. A porno ring is uncovered. A police inspector (Volker Bruch), traumatised by World War 1, is taking morphine. A part-time prostitute turned part-time typist (Liv Lisa Fries) wants to be a homicide detective. Peter Kurth as the Detective Inspector steals all the scenes he is in.

Maurice (BFI). James Ivory’s 1987 adaptation of E. M. Forster’s semi-autobiographical novel which was written in 1912/1913; but, because of its subject matter, was not published until after his death in 1971. Maurice (James Wilby) and Clive (Hugh Grant), two Cambridge undergraduate, fall in love but their love remains platonic. Practising homosexuals in the Edwardian era were in serious danger of being sent to prison and flogged. Clive, frightened of being rejected by society, opts for an orthodox but sterile marriage. Maurice is braver and falls in love with a young working class gamekeeper (Rupert Graves). Forster wanted a happy romantic ending.

The Old Man & the Gun (Fox Searchlight Pictures). Forrest Tucker, a compulsive bank robber, was still active in his seventies. He was part of a gang of three old men. He was an old-fashioned gentleman crook, always polite and courteous, never violent. He charmed bank managers and tellers into giving him the money and they always remembered his smile. He lived to rob; it made him happy. Regularly arrested, he escaped from prison seventeen times. David Lowery’s film has a gentle, laidback, nostalgic charm and the lead role is perfect for the 82-year-old likeable Robert Redford. Sissy Spacek is the widow who falls in love with him. Casey Affleck is the decent cop who gives chase.

The Nutcracker and the Four Realms (Disney). E. T. A. Hoffmann’s 1816 classic short story gets a non-musical treatment. Balletomanes are going to be very disappointed that there is very little Tchaikovsky and very little dance. Clara (feisty Mackenzie Foy), mourning her dead mother, goes off to a magical kingdom to find a key. She is accompanied and protected by the Nutcracker Captain (Jayden Fowora-Knight). It is a significant move on Disney’s part to cast a young black actor as the romantic lead even if there is no romance. The tall toy soldiers look really good. The King Mouse is a mountain of swarming, writhing mice. The best and funniest performance is by Kiera Knightley as a wicked dumb blonde Sugar Plum Fairy.

Bergman: A Year in the Life (BFI). Jane Mergusson’s documentary on the great Swedish film and theatre director, Ingmar Bergman (1918-2007), the greatest Swede since Strindberg, will appeal to Bergman cinephiles. 1957 was his annus mirabilis: Seventh Seal and Wild Strawberries were released in cinemas. His epic stage production of Peer Gynt ran for 5 hours. He had stomach ulcers and landed in hospital. He was notoriously unfaithful and was carrying on relationships with four women at the same time. His films were distorted autobiographical truths/traumas. He supported Hitler. He feared death. He was accused of tax fraud. In old age he became more and more dictatorial and his temper was ferocious.

Mug (Bulldog). The citizens of Swiebodzan in West Poland funded the largest statue of Jesus in the world – bigger than even Rio de Janeiro’s Christ the Redeemer – but their Behaviour was far from Christian. One of the builders (Mateusz Kosciukiewicz) falls and suffers horrendous injuries. He has a face transplant which leaves him ugly. His speech is incoherent. The community ostracize him. His fiancée ditches him and marries somebody else. He is denied a disability pension. Malgorzata Szumowska directs. The Poles did not like the satire on themselves and the Roman Catholic Church.