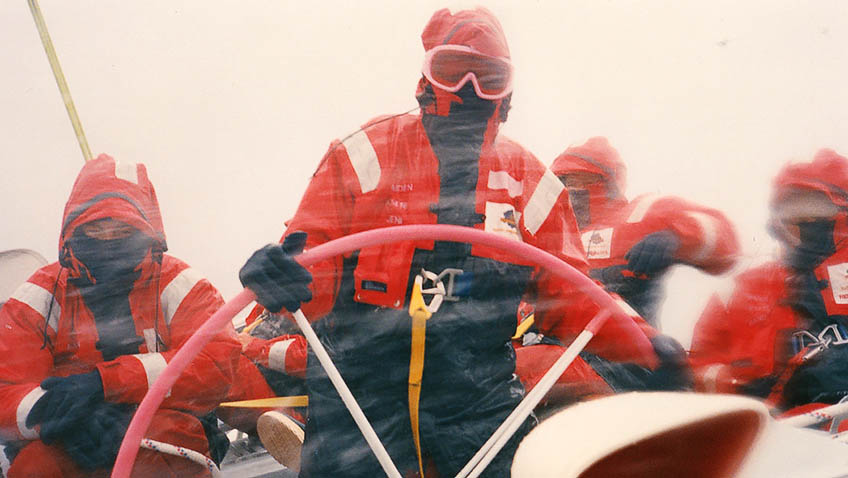 30 years on, the feel-good story of Tracy Edwards’ yacht, Maiden, has lost little of its feminist relevance

You might ask why a 30-year-old sporting feat is being celebrated now in film producer/director Alex Holmes’ (The Ice King) inspirational new documentary, Maiden

. There is no answer, but Maiden

, a sports biopic about Tracy Edwards,’ the skipper of the first all-female crew in the 1989/90 Whitbread Round the World Race, feels as topical and thrilling as it was on 28 May 1990 when she sailed into Portsmouth Harbour with a flotilla of supporters. Edwards was presented with the Yachtsman of The Year trophy – the first and only woman in the trophy’s 34 year history – and an MBE. Her accomplishment was also recognised by the Royal Jordanian Air Force.

Limited by archival and intermittent amateur video material of the actual race, Holmes has filled the gaps with interviews with some of participants, now some 30 years older, but still able to summon up their feelings as though it were last week. The star of the film is, of course, Edwards herself whose post-race career in public service is as impressive as was her determination (inherited from her father) to prove the male naysayers wrong.

Edwards’ idyllic childhood in Pangbourne, Berkshire ended abruptly at age 10 when her beloved, entrepreneur father died. Her mother, pushed out of her late-husband’s business for being a woman, remarried an abusive alcoholic who moved the family to Wales.

Young Tracy reacted to this turmoil and sadness the only way she could: by acting out, being obnoxious and getting kicked out of school for misconduct. After being expelled from school she ran away to Greece, landing the job of stewardess on a yacht. This was Edwards’ first time sailing and she was hooked. She also worked on a racing yacht and was bitten by the racing bug.

But the only way Edwards could find a job on boats or participate in racing, was to be the cook. She hated being a servant of wealthy yacht owners, but during a stopover in the USA, she had the opportunity to meet King Hussein I of Jordan. If the only way Edwards could compete in international sailing was to skipper her own yacht, then so be it. It was to King Hussein that Edwards would turn for sponsorship for her Whitbread Challenge bid with an all-female crew. No one else would risk their money with such low odds.

The film covers the recruitment of the 12-woman crew (Edwards was not an easy person to get on with) and the financing of the enterprise. Edwards remortgaged her house, but it was not enough. In desperation she approached King Hussein, and when he agreed to sponsor the venture, in 1987 she purchased and started to rebuild a relatively small, 58 foot (18 m) aluminium yacht. 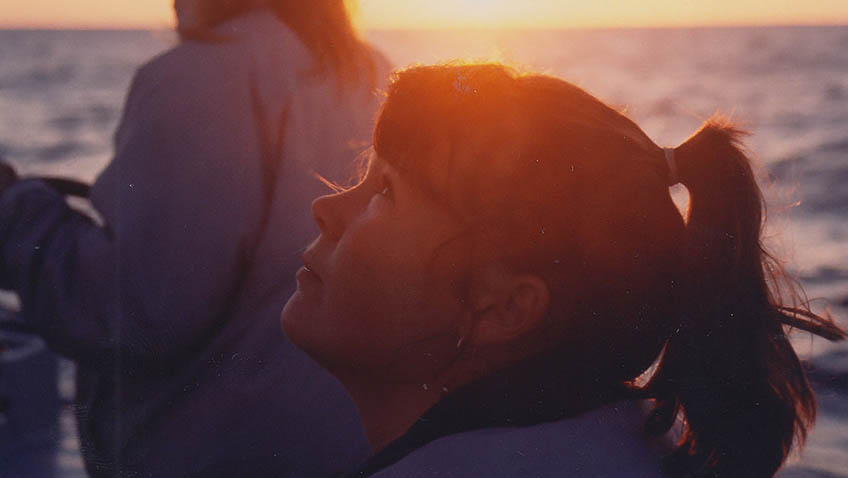 The footage of a group of women rebuilding a racing yacht that was to sail around the world is fascinating, but you always want to hear more from the crew about what it was really like at every stage. Where did they learn to refurbish yachts? How do you cook for 12 in a storm? How do you take a shower and how long could each crew member sleep on a shift?

Holmes is particularly good on illustrating the open discrimination the crew endured, from the male crews, sports writers and from interviewers who asked questions that would never be asked of men like, ‘how did you girls get along?’ Even female reviewers asked sexist questions such as, ‘do you wear waterproof mascara?’ It is a cathartic moment when the sports commentators have to eat humble pie.

The most thrilling part of the film is when we are there with the crew feeling – quite literally – the highs and lows and increasing confidence and camaraderie. Tracy, who was not only skipper, but navigator, spent long nights alone in the hull working on the charts, and she blames herself for the mistakes in navigating that cost them precious time sitting on the boat with no wind.

But Edwards was, without any training, an eloquent spokeswoman on land. She could handle the press and the public with wit, sincerity, confidence and even graciousness.

Edwards’ finest hour was when she opted for the most dangerous, but direct route from Punta del Este to Freemantle and her risky strategy paid dividends. The footage in the Southern Ocean shot by Dutch sail maker Tanja Visser and Welsh Cook Jo Gooding is so thrilling it makes you wish the entire event could have been filmed by a dedicated photographer.

Holmes makes up for the sparse footage by asking the crew to recall their experiences being tossed up on the high waves and driven down again straight towards the abyss. Some of the women found themselves exhilarated by the speed and the danger, and, no doubt, by their ability to handle the challenge.

And of course, there would be no dedicated photographer for the simple fact that no one expected Maiden to make it past Punta del Este, let alone to finish 18th overall, but second in her class, the best finish for a British boat in 17 years.