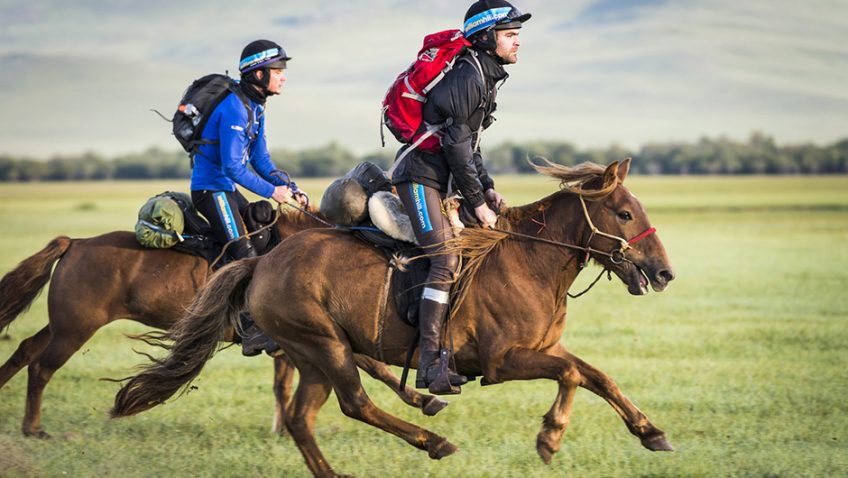 An exhilarating, thrilling endurance race documentary – and that’s just for the viewer

There is no shortage of films about competitions. Many, like Hugh Hudson’s 1981 Chariots of Fire, are straight forward while others, like 2012’s dystopian Sci-Fi The Hunger Games and 2016’s uplifting The Eagle Huntress are more unusual. And now writer/director Ivo Marloh introduces us to what has to be the ultimate endurance competition in his engrossing, exciting documentary, All the Wild Horses.

Coincidentally, The Eagle Huntress covered a traditional competition skill in Northwest Mongolia that has been passed down through generations of men until, in the film, a 13-year-old girl breaks the mould and defies the chauvinistic elders. By contrast, The Mongol Derby, the world’s longest (1,000 kilometres or 650 miles) and toughest race, has only been going for 8 years, and women from all walks of life compete with male entrants on an equal footing. But there is also a long Mongolian tradition behind it. If the Derby, the brainchild of the Adventurists, a Bristol-based adventure-travel company, is a relatively new world event, its roots stretch back to Chinggis Khaan’s Morin Urtuu postal system which was still going until the 1940s. 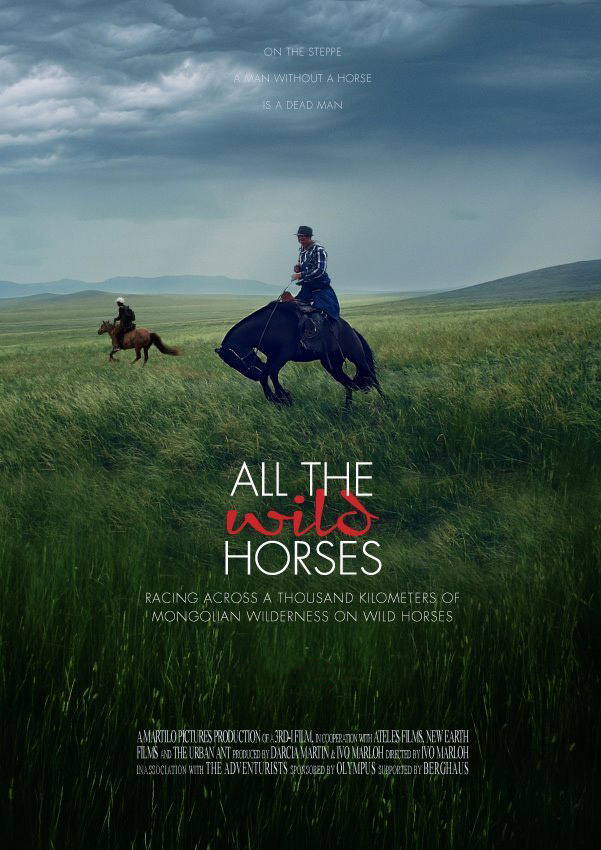 How else do you make postal deliveries across the largest landlocked and least populated country on earth, but with a system of 25 horse relay stations (called Urtuus)? The 13th century Örtöö system provides the infrastructure for a perilous, exhilarating race course and the most gruelling week of any contestant’s life. Contestants are given the route, but how they get from A to B is part of the challenge. GPS Satellite devices are strongly recommended.

Families might offer a contestant a bed and meal for the night and the next morning, a choice of a new horse from their or another family’s herd, but during the day, the change can be quick. And just in case the gorgeous scenery and the challenges have you tempted, bear in mind that the horses are wild.

At each station a horse’s vital signs are checked as animal welfare is of the utmost importance. Last year, 22-year-old Texan systems-administrator and single-minded horsewoman Devan Horn came in first, but was given a two-hour time penalty as her horse’s heart rate took too long to slow down. Ninety-minutes after Devan crossed the finish line, another rider arrived: penalty free, that person became the winner. Of the 8,000 horses ridden in the Derby’s short history, there has only been one equine death – and that occurs during this race.

Once the tired horse is cleared by the vet there is the important task of choosing a new mount, although some riders end up without much choice. And one particular entrant, Monde Kanyana, is intentionally given the most difficult horses – a challenge that he laps up.

Monde is a 28-year old horse trainer from rural South Africa and, for most of the Mongols who help run the Derby, the first black man they have seen. He has never left South Africa and never flown in a plane or stayed in a hotel. But, after hearing about the Derby, he wanted to learn about the Mongol horses and hopefully bring back the trophy for the community that sponsored him. Monde does them proud. The Mongols do not treat their horses the way we do – there’s no petting and cooing for one thing. The Mongol trainers are continually impressed with the way fearless Monde bonds with the horses. But will Monde’s determination to take on a horse that has never been ridden – and does not want to be – slow him down?

Marloh begins the film by asking Derby Chief Kate Willings to tell us about the Derby while he introduces us to many of the contestants whose journeys we follow. Considering that Marloh is himself shooting the film, with DOP Michael Sanderson, and sound/cameraman Kevin Augello, it’s impressive that we get such a suspenseful, coherent story. In terms of telling this story with its many sub-plots, the editing is key.

Just before the race we hear nervous UK Company Director Paul De Rivaz (whose son is also in the race) comment that his worst fear ‘is to fall off between stationd… Falling off involves the risk of injury and no one wants to be hurt.’ Linda Sandvik is an Interface Developer who does ‘crazy things’ on Mondays, one of which was to apply to the Derby. She speculates on injury, too, comforting herself with the (unverified) fact that ‘there’s only been on amputation so far.’

Eleven minutes into the race, which starts in Tӧv Province, Linda and Paul collide and both are thrown. Paul’s collar bone is broken and Linda has a sprained ankle – which is not enough to disqualify her. Patched up by one of many roving medics and sent off anew the following day, will Linda make it?

Before long we are swept up in the competition and are eager to catch up on the frontrunners or our favourite riders. Will competitive loner Devan redeem herself and come in first this year? It certainly looks that way, except that the more you drive yourself and your horse, the greater the risk of dehydration and vet penalties.

Most contestants ride in groups of two. Professional Irish jump jockeys Donie Fahy and Richard Killoran, both 25, are riding together, attracted by the novelty and the challenge. Along the way they are joined by Julie Youngblood, a 25-year-old fire-fighter from Idaho, and Charlotte Treleaven, a 26-year-old pre-race horse trainer from Cornwall, who become fast friends. When the girls have to remain behind at one station, Donie and Richard decide to stay with them in a touching show of camaraderie – and in recognition of help from the girls the previous day when their much faster horses set the pace.

Anything can happen in the wilderness and all of the riders have adventures, from being surrounded by wild dogs; to passing a herd of wild camels; to facing a deep and unknown river crossing and getting lost in deep sand dunes. But equestrians and adventure lovers will be chomping at the bit as you can just feel the euphoria, sense of accomplishment and the tight bonds of friendship of everyone crossing the finish line.

The film is given a 15 rating for a few understandable swear words addressed to no one but the speaker’s frustration. All the Wild Horses can only inspire younger teens whose horizons might be limited to virtual games on their computer screens.