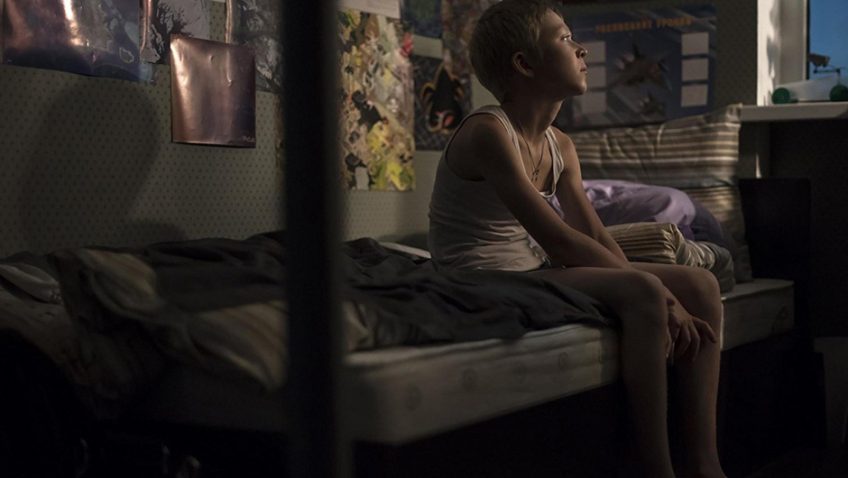 Andrey Zvyagintsev turns the trauma of broken families into incisive state-of-the-nation films that about as bleak as they come. Leviathan, a scorching political indictment of contemporary Russia had some sardonic humour. Both Leviathan in 2014 and Loveless

in 2017 were nominated for Academy Awards and both films were voted Best Film at the London Film Festival. Loveless

is equally political in a more subtle way. Its characters are bereft souls in moral quagmires. As they listen to the news of Russia’s invasion of the Ukraine, they can only cling to material security while happiness and love become increasingly unobtainable.

In the recent film All the Money in the World, we are horrified that when John Paul Getty III is kidnapped, his billionaire grandfather refuses to the pay the ransom. The ordeal would contribute to the young man gradually committing suicide through drugs and alcohol. We all need to feel wanted and it is a bitter irony that Alyosha’s (Matvey Novikov) parents, who each has a new lover, do not think their son does.

In Loveless, 12-year-old Alyosha walks alone through a winter wood. He finds what something resembling a barrier or a police cordon and drags it after him along a murky pond before hurling it onto the branch of a tree. This is the final shot of the prologue and the final shot of the film. As the boy heads out of the wood, we see the towers of Soviet style apartment blocks in the distance like an imposing stone wall.

At home the Alyosha’s mother, Zhenya (Maryana Spivak) is showing the flat to a couple that might resemble Zhenya and her husband Boris (Aleksey Rozin) twelve years earlier. The woman is pregnant and the two are clearly in love. When asked, Zhenya informs the couple that they are selling because she and her husband are getting divorced. This detail may well be forgotten by the end of the movie, but it suggests the cyclical nature of the story. Loveless is not about the failure of one family, but symbolic of the corrosive, selfish and unstable nature of society.

Later that day as Alysoha sits day-dreaming at his desk, and Boris returns home from work (he sleeps on the couch) he overhears his mother’s plans to send him to boarding school and then into the army. Neither of his divorcing parents wants him and as they exchange insults the camera catches Alyosha weeping in his room.

He does not know that each of his parents has already closed the book on their life together. Zhenya, with her flashy mobile phone is having an affair with Anton (Andris Keiss) a wealthy, older man of 47 who takes her to posh restaurants. Boris already has a new family: his pretty, blond girlfriend, Marsha (Marina Vasileva); the child she is expecting and his grumpy future mother-in-law.

As Zhenya and Boris return to the flat from visiting their respective lovers, neither looks in on Alyosha. For them, he has already disappeared from their lives. Alyosha goes off to school the following day but does not return. His parents only realise he has disappeared when a concerned teacher phones.

A volunteer search party goes out to walk the area around the housing estate. The couple are encouraged to make the three-hour drive to Zhenya’s mother’s where the boy might have gone. When we meet the grand-mother, this seems unlikely as she is the spitting image of her venomous daughter, only Zhenya is still physically attractive. 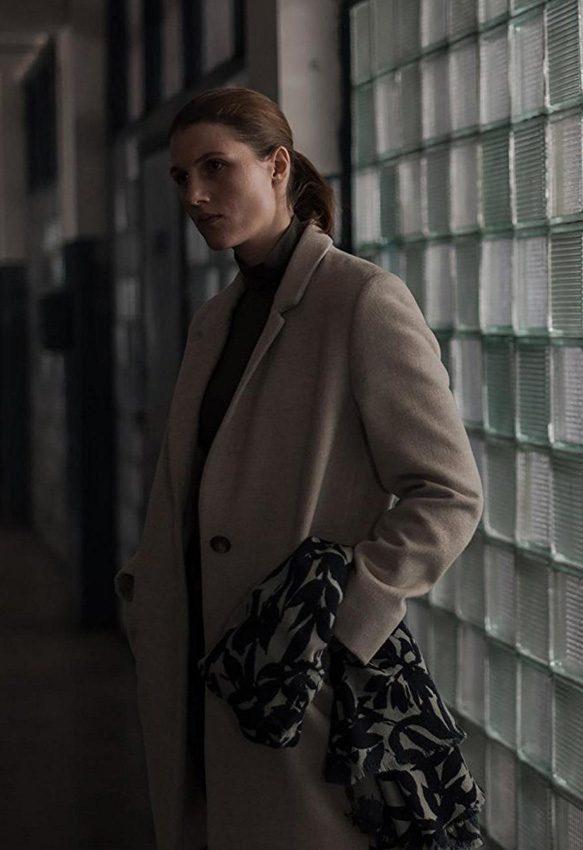 On the way back Zhenya goads Boris: ‘she warned me to ditch you and abort the kid…‘I never loved you. I just couldn’t bear living with her anymore.’ While an absent father is reminiscent of Zvyagintsev’s The Return, in The Banishment a husband forces his wife to abort the child he fears is not his. In Leviathan, when the father is accused of killing his wife, their son goes to live with his father’s former friends to avoid being sent to an orphanage. This is no country for young children.

If the search occupies the remainder of the film, Zvyagintsev and his regular cinematographer Mikhail Krichman are more interested in showing its impact on the couple and on the society that shaped these loveless souls. In a disturbing, but brilliantly shot scene in Boris’ work cafeteria (his unhealthy diet consists almost entirely of carbohydrates) Boris questions a colleague about their company’s policy on divorce. Before Glasnost, atheism was the national religion, but under Putin’s conservatism, the Church has resurfaced. Boris will have to maintain a happily married façade until he is married to Marsha and then no one will know.

Time has passed with no news of Alyosha. Boris is in his new flat with his blond toddler son, but his mind is elsewhere. He picks up the boy and throws him in his playpen, leaving him there crying. Zhenya leaves Anton in the living room and goes out to the balcony where she and her phone find distraction on the stationary bike.

No Russian writer (the script is written by Oleg Negin and the director) can name a young male character Alyosha without some reference, subconsciously or intentional to Fyodor Dostoevsky’s last novel, The Brothers Karamazov

. Dostoevsky’s son Alyosha died at age 3 and it is likely that he named Alyosha, the Christ figure, in the novel, after his son. In the novel Ivan, who is questioning the existence of God, asks Alyosha: ‘if everyone must suffer, in order to buy eternal harmony with their suffering, pray tell me what have children got to do with it? It’s quite incomprehensible why they should have to suffer…’ Alyosha’s parents get what they wanted: clean breaks and fresh starts with new partners and new families. But it is unlikely they will find eternal harmony.

lacks the richness and satirical, dark humour of Leviathan, it also lacks that film’s element of hope. In Leviathan, Kolya cannot win his epic battle with the injustices of the Church and state, but he continues to fight them. This makes him human and enables us to care about him. In Loveless

, a few years later, everyone has capitulated. Anton reflects on Zhenya’s account of her marriage: ‘Lovelessness; you can’t live like that.’ He has no idea that Alyosha’s suffering is not even enough to buy her eternal harmony.