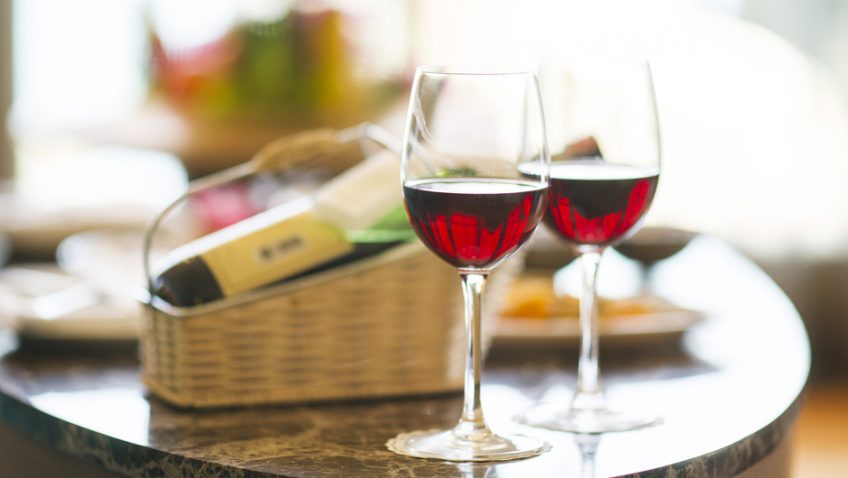 If you find it hard to chose between a cup of tea and a glass of wine then Aldi’s new Earth’s Essence South African red could provide the answer. Containing none of the usual wine preservative sulphite, this unusual wine uses the wood of the Rooibos tree (whose leaves make caffeine-free Rooibos ‘tea’) to help stem the production of bacteria and oxidation which can turn an enjoyable wine into drain cleaner.

Only wines with less than 10 parts per million of the preservative sulphite are allowed to call themselves ‘sulphite free’. This is under half the amount you’d expect in a normal wine without any claims to this purity label.

So what’s so great about not adding sulphite? Well sulphite has had a bit of bad reputation in the past for causing many so-called ‘red wine headaches’. While it is possible that sulphites could cause an adverse reaction in asthmatics, there is currently no medical research that proves that sulphites cause headaches.

That ‘RWH’ (red wine headache) is more likely caused by the naturally occuring histamine found in many red wines. Some people lack an enzyme that means they find it hard to digest histamine resulting in a reaction similar to hayfever (where histamine is produced by the body to what it sees as the dangerous pollen invader) – so a runny nose and headache results.

So not having sulphite in wine may help with some wine sales but it is more likely to used as a wine making technique by wine makers who believe it helps unmask the real flavours of their wine – the purity of the fruit flavour in other words.

So if you like your wines to taste of concentrated fruit juice then sulphite-free is the way to go. And at only £6.99 for this example, why not give Earth’s Essence a try? Along with all the other new wines that have just come into Aldi.

New wines in at Aldi:

Isola Zibibbo 2016, Italy white
£5.99 Aldi
Made with the perfumed Muscat grape, this fresh and aromatic white tastes of apricot and orange with a lime edge. But hold on to the magnificent aroma of orange blossom and nougat.

Earth’s Essence Shiraz 2017, South Africa
£6.99 Aldi
Made without the usual addition of sulphites or preservatives, this unique red is stabilised using the wood of the rooibos bush – which adds a noticeable woody edge to this blackcurrant tasting wine.