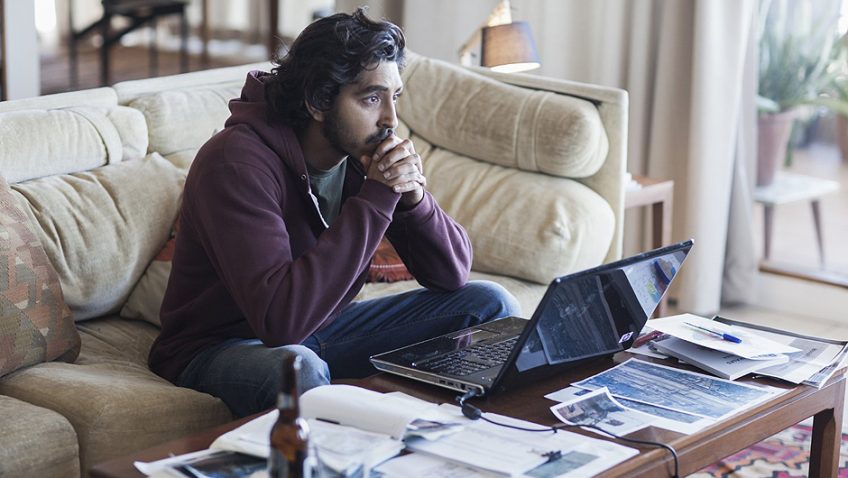 This Lion stops roaring half way through the film

, the true story of Sheru Brierley, sounds, on paper, like a knock-out.  But even with an emotive Nicole Kidman eschewing make-up and sporting her real character’s horrid red ball of curly hair, the truth is soon apparent.  You really cannot blame first time feature director Garth Davis that every movie about homeless children in India will remind audiences of the popular hit, Slumdog Millionaire.  It does not help that Slumdog Millionaire star Dev Patel also stars in Lion

, but you cannot blame Davis for that financial necessity either.  But Davis, and scriptwriter Luke Davies (who wrote the excellent script for the harrowing film, Candy, based on his novel), have to share the blame for allowing the film to fall apart for its concluding hour or so.

morphs from an engrossing lost boy in jeopardy story into a big product placement promotion for Google Earth, Google Earth appears more baffling, impractical and boring than it is.  The film is worth seeing for the screen debut of Sunny Pawar who is so adorable and charismatic that it’s a big disappointment when he grows up to become the intrinsically annoying Dev Patel (The Best Exotic Marigold Hotel, Slumdog Millionaire).

Saroo (Sunny Pawar), a sensitive five-year-old, looks up to his older brother Guddu (Abhishek Bharate) and helps him buy milk by stealing coal from freight trains. His pretty, single mother, Kamla (Priyanka Bose), who does manual labour, gives all of the milk to her three children whom she adores.  One day the boys go off to work (disobeying their mother) and Saroo and Guddu are separated at a train station. When Saroo wakes up alone in the station, he panics and boards a train to look for Guddu.  The train suddenly departs, and unbeknown to Saroo, its first and only stop is Calcutta, 1600 kilometres away. Because Saroo is unable to speak Bengali, or explain where he came from, the impatient ticket staff and customers push him aside. He is forced to sleep rough in an alley with street urchins and is chased by adults in the night.

Saroo’s frightening adventures in Calcutta are convincing, and include being taken in by a seemingly kind, caring, pretty woman named Noor (Tannishtha Chatterjee) who turns out to be part of a paedophilia ring. He is then befriended by a truly kind man who takes him to the police.  Never suspecting the child has travelled so far, and with no idea where he comes from the police put Saroo in an orphanage where he is only marginally safer from predatory men there than he would be on the streets.

An orphanage official, Mrs. Sood (Deepti Naval), informs Saroo that no one has responded to her notices in Calcutta’s leading papers, but she has found an Australian couple who want to adopt him.  It is curious that neither Mrs Sood nor the police think of searching outside of Calcutta although it is clear that Saroo speaks only Hindi. In fairness, Saroo keeps saying he comes from Ganesh Talai (his neighbourhood), unaware that the actual town is Khandwa.

Believing that his mother and brother have stopped looking for him, he agrees to be adopted and here he really lucks out.  Sue (Nicole Kidman) and John (David Wenham) own a comfortable home overlooking the sea in Tasmania where Saroo can watch his first TV and learn to sail on John’s yacht. After a short time, the couple adopt Mantosh (Keshav Jadhav), who, probably suffering from traumatic abuse is not the ideal son Saroo proves to be. 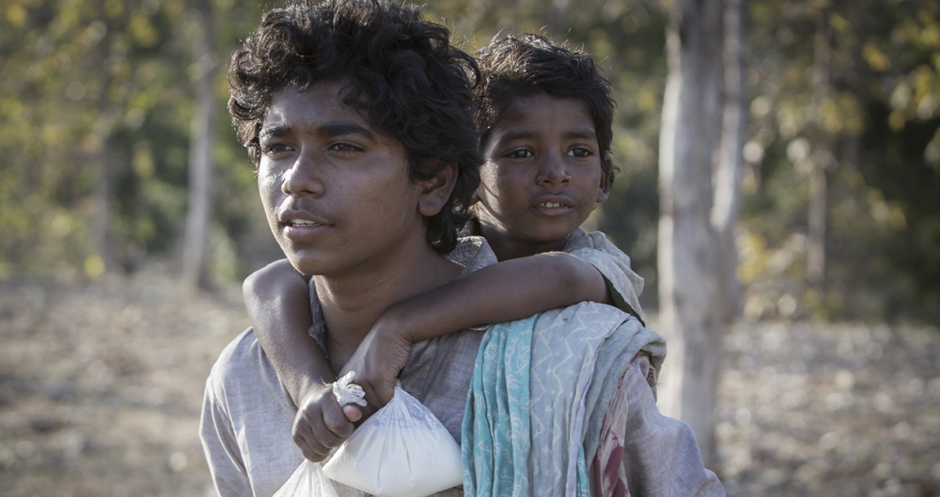 The film jumps ahead twenty years and the Saroo is now played by Dev Patel, going off to Melbourne to study hotel management. There he immediately falls for idealistic, compassionate Lucy.  Although Lucy is played by Carol and The Girl with the Dragon Tattoo star Rooney Mara, Lucy adds nothing at all to the story.  You begin to suspect she is meant to add some romance (this fails) to a story that has nowhere to go but home.  But, man, does Saroo take his time getting there!

Thanks to a chance encounter with some Indian students in Melbourne, Saroo admits that he has been adopted and does not know where he is from.  His host, Prama (Pallavi Sharda), suggests using Google Earth to find his hometown.

Most of the second half of the film is taken over by the Google Earth search and Lucy’s loving encouragement, which is about as cinematic as watching curry sauce simmer over the hob.   After a while even Lucy loses patience with the self-absorbed Saroo who quits his job to take on his quest.  What we really want to know is why it is takes Saroo five years to find his village on Google Earth, and why, in 20 years, neither Saroo nor his liberal, generous adoptive parents ever brought up the matter of tracing his biological mother.  Apparently Saroo did not want to hurt their feelings, but, given the couple’s altruism, this is a curious excuse.

If you are wondering where the title comes from, we are told that Saroo later learned that he mispronounced his own name for all his life; it is actually Sheru, which is Hindi for “Lion.”  It is not made clear why, if he heard his name pronounced correctly for five years by his mother, brother and village friends, he alone would he mispronounce it, but this revelation at least supplies a welcome closing metaphor.