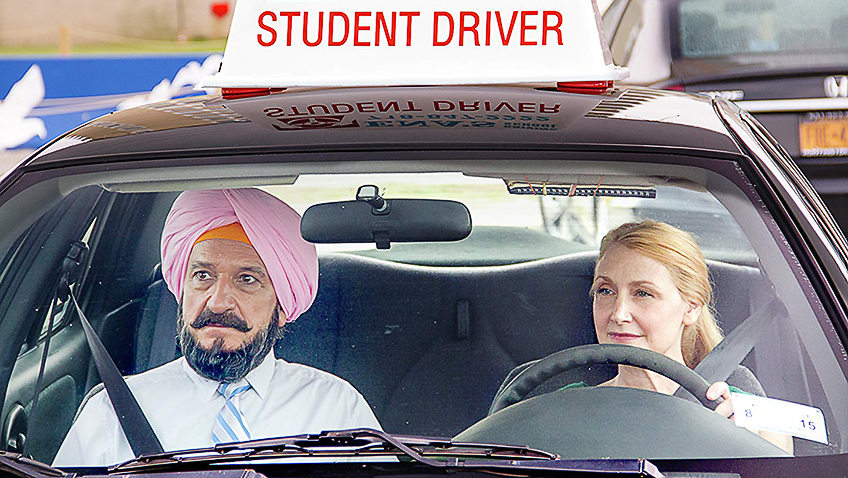 is written by Sarah Kernochan (Somersby, 9 1/2 Weeks), directed by Isabel Coixet (Elegy) and edited by Academy Award winning editor Thelma Schoonmaker, but not even these three women can throw a life jacket over this film as it sinks under the weight of its already-stretched metaphor.

The film stars Ben Kingsley as Darwan Singh Tur, an Indian Sikh who is a driving instructor by day and a cab driver at night. He lives in a squat with several men and his nephew, but is about to move out to a dingy one bedroom flat when his bride from an arranged marriage arrives from India.

Patricia Clarkson co-stars as middle-class book editor, Wendy Shields whose comfortable digs in Queens are light-years away from Darwan’s. But scriptwriter Kernochan figures out a credible, natural way for them to meet that has the bonus of providing a juicy metaphor.

Darwan witnesses an argument in his cab between Wendy and her husband Ted (Jake Weber) who is dumping her for a young writer (whom Wendy always supported). Darwan, who is lonely and sensitive himself, cannot but notice the distraught Wendy, left on the curb. Though they are worlds apart, both New Yorkers can help one another get back on the road of life.

The problem with the metaphor is that Wendy has never really needed to own a car and drive. Many New Yorkers, regardless of social status and degree of emancipation do not feel trapped without a car. And there was always Ted to drop her off here and drive into Manhattan for an opera. But with her husband out of the picture and her daughter Tasha (Grace Gummer – Meryl Streep’s daughter) living outside the city, pressure mounts for Wendy to get her licence so that she visit Tasha more often. 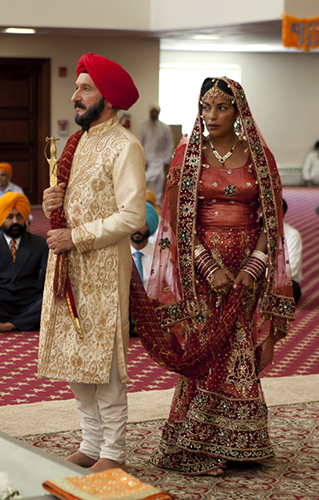 Ben Kingsley and Sarita Choudhury in Learning to Drive

In all the emotion of the argument, Wendy has left a manuscript in the back seat and Darwan, being a professional taxi driver, and intrigued by what he witnessed the previous night, decides to return it. Wendy notices he has pulled up in a driving instructor’s car, and offers him the job.

What transpires is not your typical romcom, thank goodness, despite the sparing in the car as the polite, composed Darwan teaches the outspoken, volatile Wendy to drive. This is not the film’s only tension or key relationship and there is a nice subplot in which Darwan’s bride, Jasleen (Sarita Choudhury) struggles to adapt, not only to her new husband, but to life in America.

Learning to drive is based on a New Yorker article by Katha Pollitt. Someday someone should write an article about how many film characters work in the New York publishing scene and also how many films are based on New Yorker articles or short stories. Brokeback Mountain is, perhaps, the most famous, but this one, at least in the adaptation, feels a bit too contrived, while the ending, though realistic, is a cop out.

Barcelona-born Coixet has directed Kingsley and Clarkson together before in Elegy, an adaptation of Phillip Roth’s The Dying Animal

and it shows. The two actors have a nice chemistry that builds as they spend time together and their foibles and strengths become apparent. And while the central East-West relationship governs the film, both Darwan and Wendy remains separate, three-dimensional characters with their own private lives that are well drawn.

But despite these strengths, Learning to Drive

feels too formulaic to have any real emotional hold, while the filmmakers rather smugly hammer home the worthy, feel-good meaning for anyone too thick to get it.