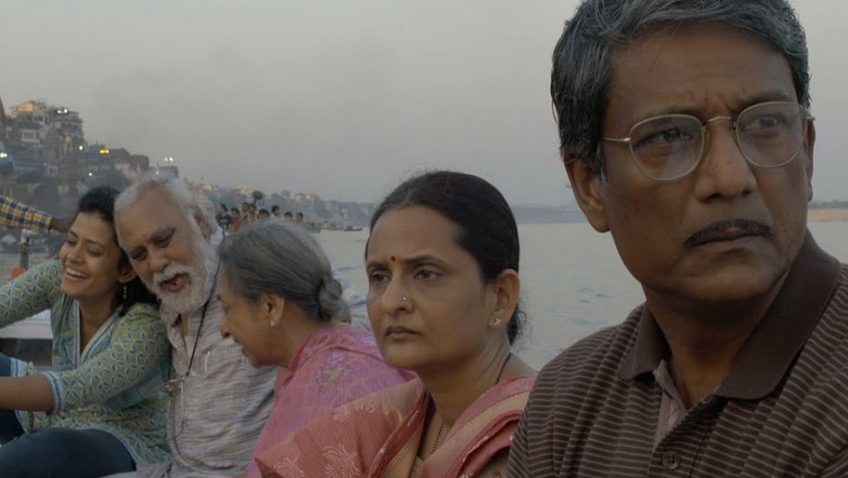 This surreal and exotic father-son journey feels under developed

It might seem odd that Indian writer/ director, Shubhashish Bhutiani, who was only 25, made a film about death as a process and salvation as a whole ocean as opposed to a wave. But there is a resurgence of Indian filmmakers like Chaitanya Tamhane (Court, 2016), who are working in the tradition of Satyajit Ray as opposed to the more commercial and popular Bollywood tradition.

is Satyajit Ray light, it is at least not too fluffy and not British. For Bhutiani’s film owes more to American writer/director Alexander Payne’s father-son road movie, Nebraska than it does to The Best Exotic Marigold Hotel, despite the camaraderie and introspection that goes on in a shabby, exotic, last-stage hotel. Yet for all its merit, which includes a surreal look into an unknown world, Hotel Salvation

could leave you feeling underwhelmed.

The story takes a long time to get going as Bhutiani’s meandering pace and lack of narrative drive are both strengths and weaknesses. In the first ten minutes they are a weakness, but thereafter, we appreciate the time allotted to take in the sights and an atmosphere so thick you can smell the Ganges.

Daya (Lalit Behl) is 77 lives with his son, Rajiv, (Adil Hussain, Life of Pi) a stressed out, middle-aged accountant and Rajiv’s warm and generous wife (Geetanjali Kulkarni). He enjoys a close relationship with his pretty, vivacious granddaughter, Sunita (Palomi Ghosh). Though he is loved and seems to be in good health, following a dream, Daya feels it is time to prepare for death. Moreover, he is dead set on making a pilgrimage to the holy and ancient city of Varanasi to obtain salvation and then die.

Rajiv lives a secular life and cannot understand his father’s resolve. Rajiv’s task-master boss discourages Rajiv from taking the time off work, ‘(You can attain salvation anywhere, don’t forget your targets!’) and Rajiv, who just manages to keep up with his work, dreads the prospect of accumulating back logs. But filial responsibility means that he has no choice but to accompany his father.

It is not clear how long the journey is, but the pair travel in various forms of taxis for what seems like a day. When they arrive, however, it is like they have entered another world. They check in to a dilapidated, rodent infested salvation hotel, or (mukti bhawan), right on the Ganges. The tight manager, Mishraji (Anil K Rastogi) gives them a room for 15 days. He claims he knows when people are going to die and does not want bed blockers hanging around. Rajiv is appalled, while Daya adapts a positive attitude to the stone cold room devoid of any comforts or privacy. 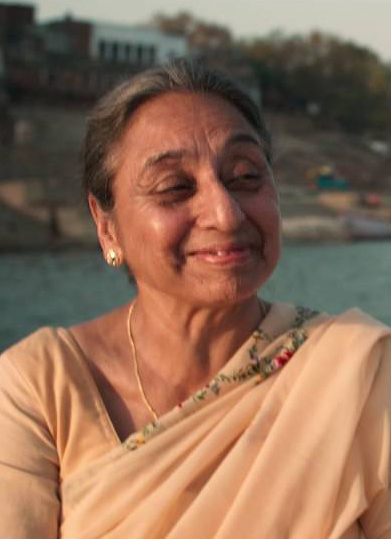 For most of the remainder of the film we watch Daya preparing for death while Rajiv watches, breaking the monotony and boredom with the occasional phone call. Daya meets an intelligent widow named Vimla (Navnindra Behl) who cooks dinner for the men and tells them that she has been there 18 years – proving that Mishraji’s rules can be bent. Romance blossoms as the two take boat rides and enjoy one another’s company, but death is on the agenda, not a second chance at life and love.

Gradually, Rajiv and Daya become closer, although first a few unresolved resentments that Rajiv has never spoken about have to emerge. Rajiv wanted to be a poet and is angry with his father, apparently a teacher, for having treated him more harshly than the other boys at school. Nothing ever comes of these buried regrets, however, nor does much emerge from the fact that Daya is far more in touch with Rajiv’s daughter than is her father. Daya does, however, persuade Rajiv to release Sunita from her arranged marriage so that she can pursue her career.

Rajiv is surprised to learn that Daya has taught Sunita to ride a motorcycle, but is puzzling that a man who wants to liberate his granddaughter has done nothing to liberate his own son. It is also curious that man so liberal in his social views would be so obsessed with traditional ritual. We never feel close to Daya or Rajiv.

But the main problem with Hotel Salvation

is that the story should be Rajiv’s and yet Bhutiani cannot quite shift the emphasis away from Daya. We never get the sense that Daya has cajoled Rajiv into making the trip in order to finally do something for his son: to open his mind and horizons. The pressured office worker is a standard feature in Indian cinema from Ray’s delightful Mahanagar (The Big City) to Ritesh Batra’s lonely, Mumbai accountant in 2013’s The Lunchbox. Bhutiani relies on this trope, but never allows Rajiv to develop beyond his familiar, stock role. Rajiv is imprisoned by society and remains bound to his father by filial duty rather than love.

If the son is to accompany the father to Varanasi, surely the film has to be about the son’s journey (as in Nebraska)? Someone, after all, has to grow and Daya, whose need for spiritual growth is never really touched upon, is already a developed character with a lust for life, free spirit and liberal views that continually surprise us. He has made his peace with the world, but there is little evidence that Rajiv has.