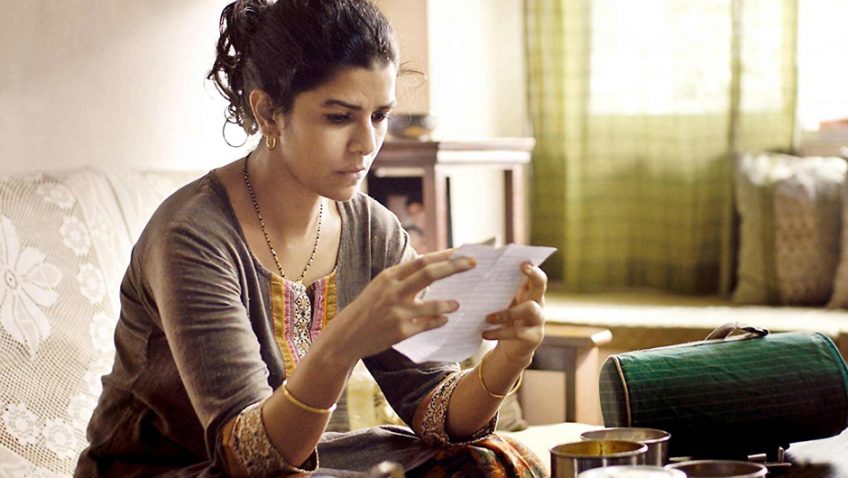 The way to a man’s heart is through his stomach

With India’s huge studio factories churning out Bollywood Musicals for international audiences, it’s not often that we get low-budget dramas in from school of Satyajit Ray.  First time feature Writer/Director Ritesh Batra’s charming, romantic comedy-drama The Lunchbox, is a cross between 84 Charing Cross Road and Ray’s masterpiece Big City, though, unlike the latter, it is not a perfect film. 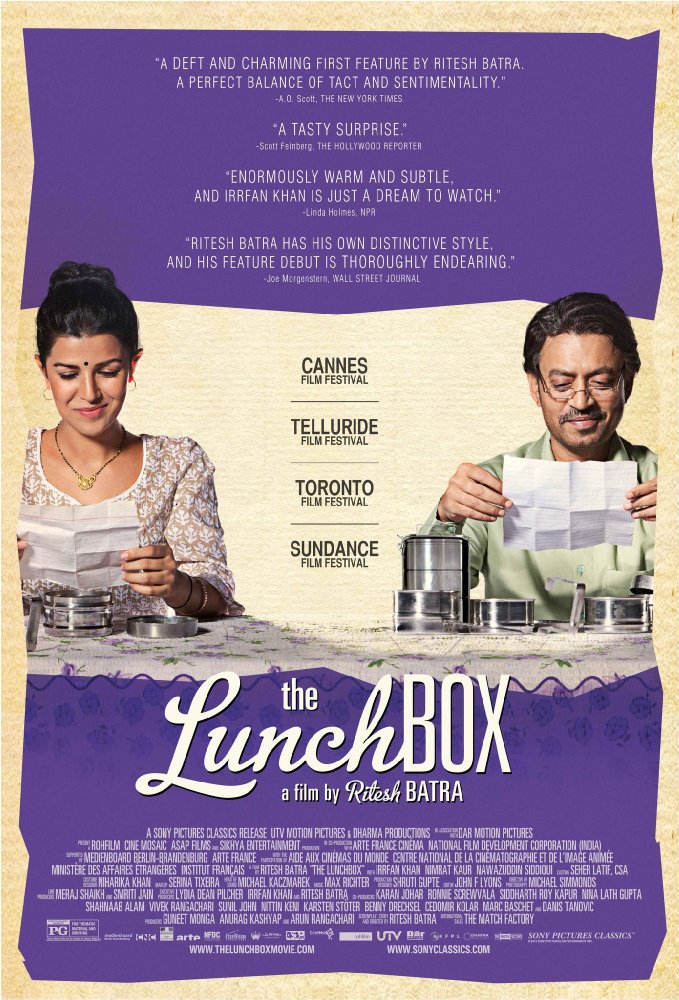 While Batra has the ability to draw three dimensional characters, combine comedy with pathos, and evoke the bustle of Mumbai, he loses track and focus in the last twenty minutes. A lot of time is devoted to a familiar father/son subplot that is less interesting than the lunch box industry around which the story is based.

The closest we come to Mumbai’s lunch box delivery service is the likes of Prêt-à-Manger’s sandwich deliveries around CanaryWharf office blocks.  There are some 5,000 Dabbawallahs, or delivery men, in Mumbai who collect hot lunches from housewives, deliver them to working husbands, and then return the empty containers.  The system runs so smoothly that it is estimated that just one in 4 million lunch boxes is delivered to the wrong person. Batra’s wonderful premise explores the surprising consequences of that one error.

Ila (Nimrat Kaur) is a pretty, vivacious, but neglected young housewife trying to win her unfaithful husband back through his stomach.  Saajan (Irrfan Khan) is an accountant about to retire. He is lonely since his wife’s death and about to lose his old neighbourhood to developers. One day he receives, not the mediocre restaurant fare he’s accustomed to, but a delicious feast, while Ila’s husband returns home unimpressed with lunch. 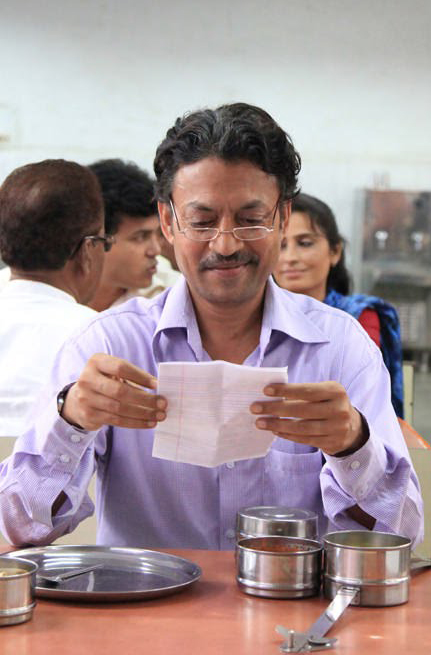 Irrfan Khan in The Lunchbox

Ila sends another delicious meal the following day with a note inside, informing the recipient that the lunch was misdirected.  Saajan, who has realised the error, responds with a note.  Rather than resolve the issue, Ila and Saajan continue to communicate through the lunchbox, decidedly more romantic than email.  Their notes grow more personal and intimate with time, until Ila suggests a meeting.

Western audiences might not appreciate the differences in background between Ila, Saajan and Saajan’s annoying young trainee (Nawazuddin Siddique), nor the significance of where the two protagonists live, but Batra’s location filming and set design marvellously evoke a sense of place. The letters are written so naturally as to be entirely credible.

It’s a shame, then, that Batra becomes distracted with the parallel story of the office trainee and fails to develop the main romance in a satisfactory manner.