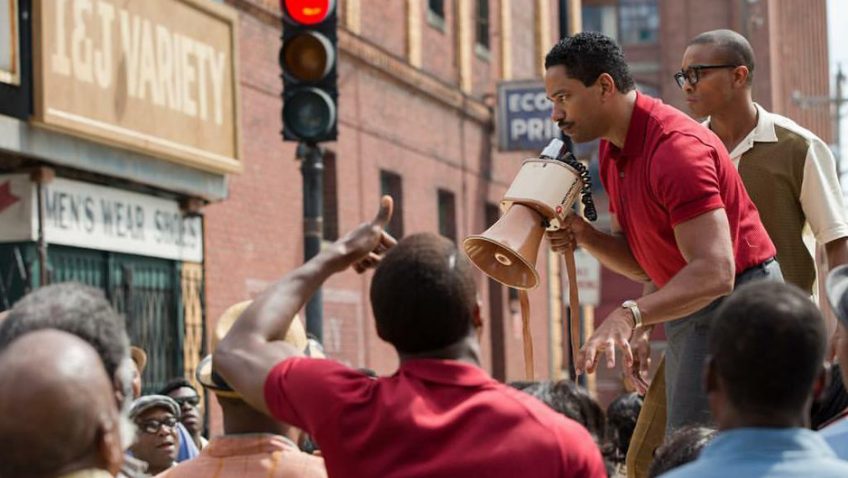 , after spending the afternoon at the Tate Modern’s eye-opening exhibition, Soul of Nation: Art in the Age of Black Power. The quality of the exhibits varies, but the passion and social commitment behind them is staggering. This art emerged from soul-searching about it meant to be an artist in the USA during the Civil Rights movement (1963-1983). The exhibits convey the questioning, the frustration, the anger, the pride and the determination to change America for the better by celebrating black identity.

The exhibition begins in 1963 with a New York based collective, The Spiral Group, who questioned how black artists should relate to society. Emory Douglas, the Black Panther Party’s Culture Minister (and a graphic designer/artist so talented that he would have been poached by any top advertising agency if he had been white) declared, ‘The ghetto is the gallery.’ If Black artists could not get their work shown in white galleries they would paint on the streets and the exhibition covers powerful street art across the country, including Chicago’s Wall of Respect. As Black leaders, influential people and artists are celebrated in a room of portraits which includes Faith Ringgold’s portrait of the white artist and activist Alice Neel and Andy Warhol’s iconic Muhammad Ali.

There are also exhibits that expose for posterity the injustice faced by black people from slavery to police brutality in 1960’s America. In 1967, 26-year-old Dana C Chandler witnessed Boston police using violence to stop a peaceful civil rights protest, an experience that fuelled his commitment to effecting social change through his art. Fred Hampton’s Door from 1975, is a tribute to the charismatic activist, eloquent orator and, at age 20, deputy chair of the Illinois chapter of the Black Panther Party. Hampton was shot in his bed, in his apartment on December 4, 1969 during a Chicago Police raid in conjunction with the District Attorney’s office and the FBI. Just a month later, a jury decided that the assassination was a ‘justifiable homicide.’ Chandler’s reaction is a green wooden door with the raised door panels in blood red; the whole riddled with bullet holes. On one panel is posted a blue sticker with four stars and, in red, the words US Approved.

, I wondered how a black artist would have expressed his outrage at the murders, by white policemen, of three innocent black men and, as in the Hampton case, the acquittal on the grounds of ‘justifiable homicide’ of the three white police officers charged. Two officers confessed, but the judge did not allow the confessions.

While the Watts (Los Angeles) Rebellion of 1965 and the Selma Alabama march are covered, there is nothing in the Tate’s exhibition about Detroit. For that, we leave the Southbank and head for the cinema. The director Kathryn Bigelow, has, with her co-writer Mark Boal made two previous controversial and politicised dramas: The Hurt Locker (2008), which won six Academy Awards, including Best Picture; and 2012’s Zero Dark Thirty about the manhunt and killing of Osama bin Laden. It was nominated for five Academy Awards including Best Original Screenplay and Best Film.

Detroit has proven even more controversial and not only because most of the crew and all of the major creatives are white. Bigelow and Boal clearly did not consider that mattered as their film is an indictment of the system and as angry a protest as it is possible to make. The title itself makes a statement because this is not a film about the city. In fact, sadly, as the city could use the income, it was shot in greater Boston for its tax incentives. The film is not really about the riots that began on 23 July 1967, sparked by a police-raid on a nightclub operating without a licence that was celebrating the return of black veterans. More than the raid, it was the fact that the patrons were treated like criminals that prompted a group of bystanders to resort to the violence that spread across the city. The film’s title is short hand for everything wrong with a police force that is 93% white and systemically racist.

That the Algiers Motel was known as a dive for prostitutes and drug dealers helps explain police assumptions about the clientele – including two 18-year-old white college girls — when police officer Philip Krauss (played by British actor Will Poulter) became convinced there was a sniper in the motel annexe. As we see, a reckless guest with too much to drink had fired shots from a toy gun. We also see Krauss being cautioned for having shot a suspected rioter in the back, but, pending a decision on disciplinary action, he was not retired from duty. The sadistic racist was free to murder again. 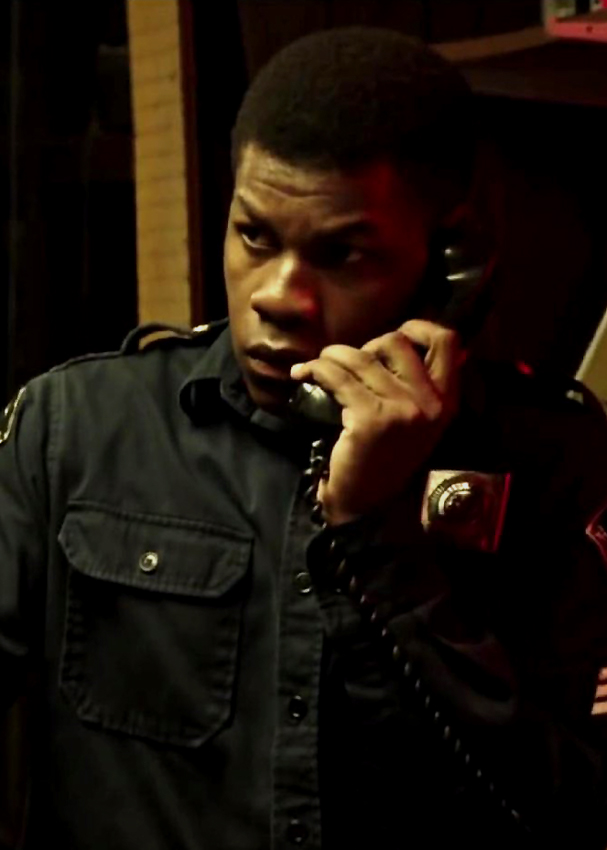 Caught in town during the curfew when his gig was cancelled, the talented lead singer of up-and-coming R & B group, The Dramatics, Larry Reed (Algee Smith) and his friend Fred Temple (Jacob Latimore) rented a room at the motel annexe for the night of 25th July. Little did they or honourably discharged Iraq veteran (Anthony Mackie) know that, within 24 hours, they will have been beaten and tortured in a night of terror and Temple, along with two other hotel guests, would be dead. Reed remained in Detroit, but never returned to his promising career. A black security guard who intervened in good faith to try to calm the situation, Melvin Dismukes (British actor John Boyega from last year’s Star Wars) also saw his life destroyed when he was framed by the police.

For more than half of the 143 running time the audience, too, is subjected to torture. Bigelow is a great director of action and Boal’s script is determined not to white wash the violence. But, unlike The Hurt Locker, we experience the plight of the black men in particular as helpless onlookers who are not allowed into their minds or lives. The police brutality is such that you might feel like walking out. It is not that we want to avoid the truth (the ‘truth’ of what transpired is pieced together by a large number of witness testimonies, including that of Larry Reed who courageously testified against the police). It is that we know it, but wonder if the Philip Krauss’s of the world will listen.

The importance of Detroit

is that audiences will make the connection between this incident, which happened exactly 50 years ago, and what is still happening today. But in many ways Detroit

is more of a horror film than a fact-based drama. This raises the question asked in the exhibition: How would a black artist react? Filmmaker Spike Lee was moved to make a film about an equally horrific moment of 1960’s injustice when four black school girls were murdered in their Birmingham, Alabama Church by a white supremacist bomb. The film loses none of its power for being a documentary. Lee obtained permission to focus on the story of Denise McNair. The dignified, articulate discourse of her father, 34 years after the event, would move and humble anyone: even perhaps a Philip Krauss.