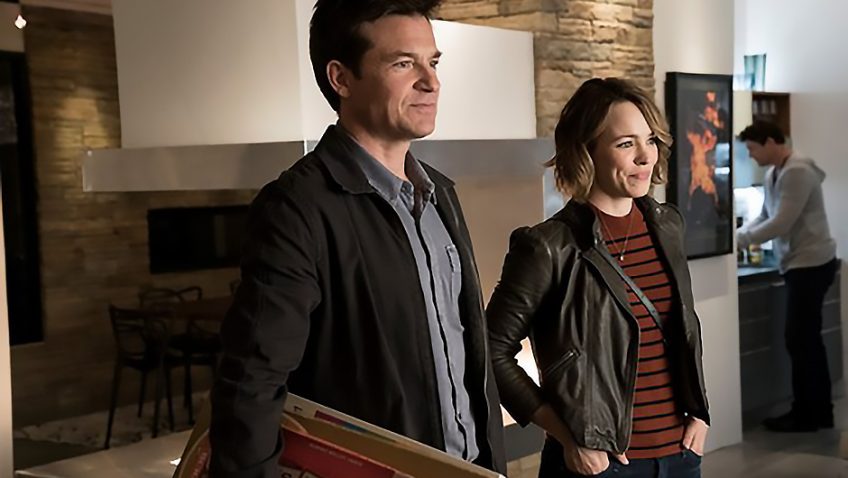 Go for the fun and games

Max (Jason Bateman), a forty-something competitive nerd with a case of arrested development and Annie (Rachel McAdams) a sharp, vivacious and pretty woman in her late thirties, meet at a bar quiz and fall in love over a shared passion for the trivia of popular culture and vicarious living. They maintain this addiction to games in their marriage through a ritualistic game night, held at their comfortable suburban house with two other couples. Adults play games for all sorts of reasons, but for the six good-looking, middle-class characters in Game Night

, it’s a form of sublimation. Lessons about life, love and relationships are being learned even when the rules of the game are impossible to fathom. That’s what gives John Francis Daley’s and Jonathan Goldstein’s witty and entertaining comedy-romp its edge and keeps the high concept from running out of steam. 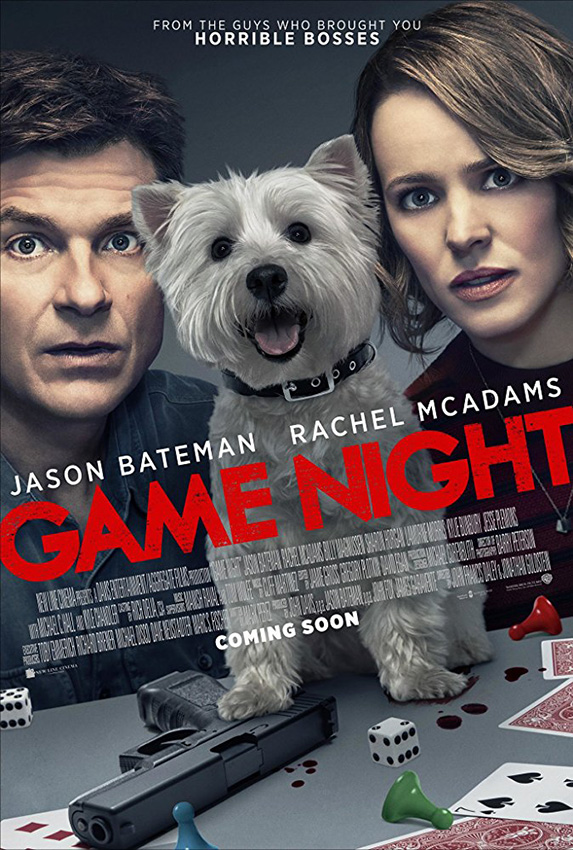 Annie is at the age when starting a family is taking priority over games, although Max fears that the two are mutually exclusive. If the cause of his angst is psychological, Max’s fear that kids with their own games will mean an end to his cherished routine sounds like the issue. A therapist, however, suggests that their inability to conceive (attributed to Max) could be down to sibling rivalry. Max has lived with a feeling of inferiority in relation to his successful older brother (Kyle Chandler), a venture capitalist.

This notion is given credence when Max and Annie organise a clandestine game night so that their next door neighbour Gary (Jesse Plemons), a creepy, suspicious cop, does not feel excluded. Michelle (Kylie Bunbury) and Kevin (Lamorne Morris) and Ryan (Billy Magnussen) and his latest conquest, crawl in through the windows having left their cars far away. Brooks, not surprisingly, makes a grand entrance in a new 1976 Corvette Stingray – which happens to be Max’s favourite car. Gary is alerted and new lies are needed.

Brooks follows this entrance with a dazzling win over Max who fails to think of any clues to elicit the answer to ‘Who is Edward Norton.’ Movie stars loom large in the group’s frame of reference and they also account for a number of scriptwriter Mark Perez’s best jokes and gags. When Michelle inadvertently mentions a lover she had when her relationship with Kevin was ‘in hiatus’ Kevin can’t let it go. An ongoing squabble ensues that turns into, of course, a game of identify the celebrity. 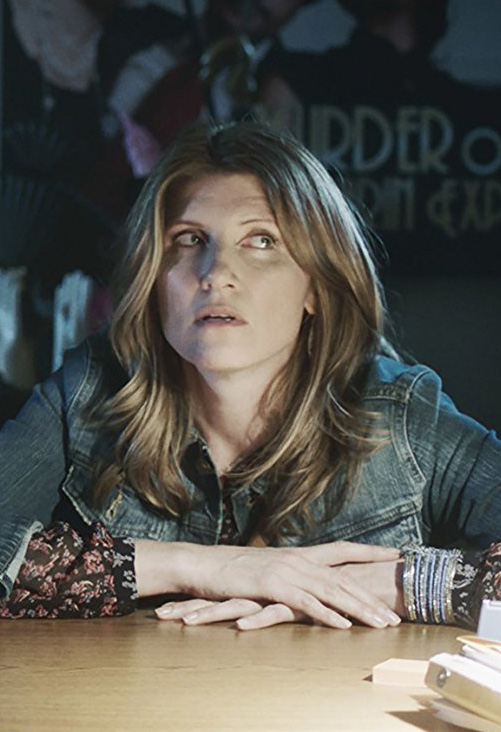 To Max’s annoyance, Brooks insists on hosting the next game night at the posh modernist villa he has rented during his stay in the area. This time playboy Ryan’s date is Sara (Sharon Horgan) a British lawyer some years his senior, who apparently has come along for the mental challenge and not for her dim-witted work colleague.

Max is even more annoyed when Brooks announces that he is taking game night up a notch with a simulated reality game, but everyone is excited at the prospect. Max explains that someone is going to be kidnapped and the person or couple who finds the victim will get the prize. At this point Brooks takes out the keys to the Stingray and dangles them seductively. Ryan asks him if the prize is the keys or if they get the car, too. And he’s serious. Sara rolls her eyes up to heaven.

Almost on cue, two masked thugs burst in and start punching Brooks around. The couples giggle and sit back and watch, but the fight and the blood look very real. When Brooks disappears, the competitors start to plan their strategies. Max tells Annie that he thinks Brooks has set him up to lose so they are not going to follow the rules. Using a tracer they follow Brooks to a remote bar where Max decides to ‘test’ the bar tender to find out if he’s authentic by ordering a Harvey Wallbanger – an out-of-fashion cocktail that he thinks is the litmus test for a bonafide bartender. 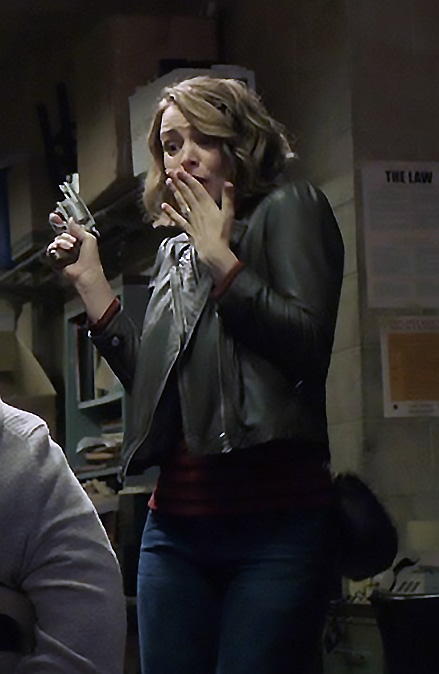 Annie stars acting out a scene from Pulp Fiction and waving a gun around that she doesn’t realise is real – and loaded. She and Max are having a blast starring in their own movie, except that when they find and untie Brooks, he tells him that his assailants are for real. This inability to distinguish the players from the real thugs continues almost to the end.

Brooks, it turns out, has a secret identity and past that puts everyone’s life in danger. It also leads to many twists and turns that keep this fast-paced caper spinning until its inevitable (and rather disappointing) ending. Expect a terrific sequence in Danny Huston’s den-of-iniquity with a knuckle fighting syndicate; a villain known as The Bulgarian’ (Michael C. Hall) and a Faberge egg tossed around like a football.

This isn’t really a case of ‘it’s not whether you win or lose, but how you play the game’. Only Kevin and Michelle don’t cheat. Sara has the idea of getting ahead by tracking down the party planning company. She and Ryan come to the realisation at the same time as Max and Annie that the game has been hijacked.

With Michelle and Kevin, the punch-line is not the name of the actor who slept with Michelle’s but her possible (and if so embarrassing) case of mistaken identity.

You can guess the lesson Max has learnt, even if it’s hard to be convinced that his gaming days are over. Surely his stunt driving in a reproduction of a scene from Taken 3 would wet his appetite for simulated reality games rather than dampen it? Biological clocks have their limits. If age is the elephant in the game room it’s hard to figure out why a man approaching 50 would hang out with Ryan, a singleton in his early 30s, or the young couple Kevin and Michelle. This was the stuff of comedy and angst in Noah Baumbach’s ‘While We’re Young,’ but here the game nighters are presented as part of their normal social circle.

If you leave your critical faculties at the popcorn counter and join the party you’ll have a great time.