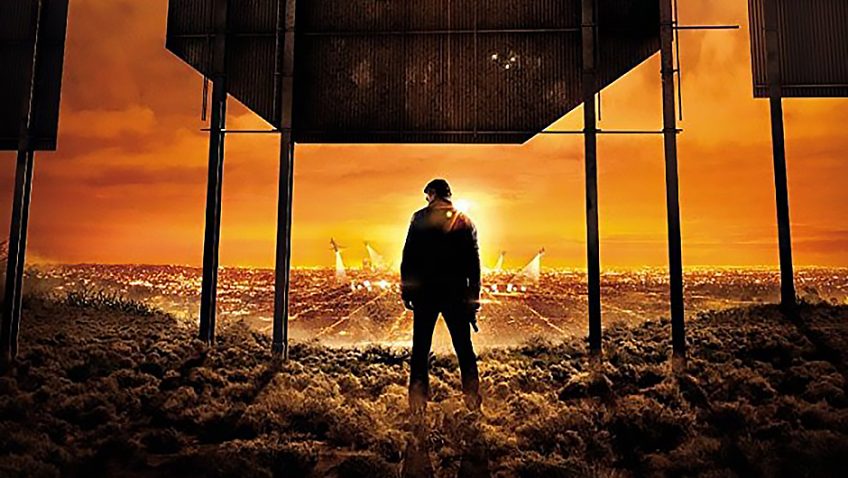 , a derivative action thriller that has more holes in it than the target a military firing range. Like Taken 2, Taken 3

is produced and co-written by Luc Besson (The Fifth Element, La Femme Nikita) and Directed by Besson’s protégé, Olivier Megaton.

The first half of Taken 3

is a pale carbon copy of Andrew Davis’s 1993 classic film, The Fugitive.  The second half of Taken 3

Liam Neeson reprises his role as ex-government operative Bryan Mills, only this time, he is both pursuing and being pursued.  Maggie Grace reappears as his daughter (now living with her boyfriend); and Famke Janssen reappears as Lenore, his ex-wife who is unhappily remarried to shady millionaire Stuart St John (Dougray Scott).

When Mills is framed for murder after being caught with a knife and a body in his flat, he goes on the run in a series of well-executed, but hardly original, chase scenes (on foot and by car).  The 62-year-old Neeson still does his own fight scenes but has a loyal double for the leaps and crashes.

Mills is not just being pursued by the local police and the FBI.  He is on a Russian gangster’s hit list with links to a despicable mystery man, closer to Mills than he at first suspects.   Mills’ has a few loyal chums who help him, but in the main, Mills is a superhero without Lycra.

He is more than capable of protecting his daughter (Maggie Grace), who is waiting for the right moment to tell her dad that she is pregnant. 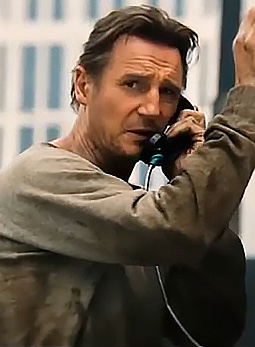 If Neeson has the sex appeal and charisma of Harrison Ford in The Fugitive,  Forest Whitaker’s Inspector Franck Dotzler is not given the opportunity to rival Tommy Lee Jones’s Oscar winning performance as Gerard in U.S. Marshals.

The role requires each law enforcer to chase the respective fugitive, while admiring him, and having the smarts to realise that he’s not guilty.  Dotzler suspects that Mills is innocent from the minute he bites into a warm bagel at the crime scene, but until the very end of the film you’d never know it.

By then, a couple of freeways in Los Angeles have been destroyed and a dozen cops are dead. The body count of Russian thugs is off the charts.  Despite this, Whitaker’s Dotzler calmly sits around his office with a paper thin dossier and nothing else on his desk.

That Whitaker, who has an Academy Award, Golden Globe and Bafta for Best Actor on his mantelpiece for The Last King of Scotland, turns in such a disappointing performance is down to the poor writing and directing.  Not even Neeson’s great ‘I will find you’ quotations can save Mills this time around.  When he confidently wishes Dotzler ‘good luck’ in finding him, it fails to resonate.