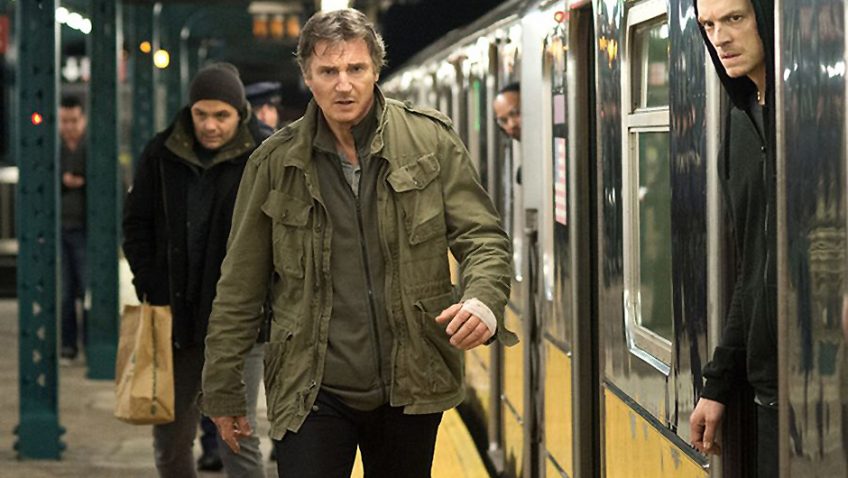 In 2008 Academy Awarding-winning Irish character actor Liam Neeson, best known for his biographical portraits of Rob Roy, Michael Collins, Alfred Kinsey and Oskar Schindler made a career change that seemed to defy Hollywood stereotypes, let alone the four ages of man. While you would expect an actor to do his stunt-laden action hero routines before he is 50 and then hang up his guns, at age 56 Neeson took on the role of the retired CIA field operative Bryan Mills in the international thriller, Taken and its increasingly daft sequels.

Neeson has since starred in Unknown (2011) and Non-Stop (2014), two similar hunt-and-chase thrillers directed by Jaume Collet-Serra. As the title of their third collaboration, Run All Night

suggests, the older Neeson gets, the more physical his roles become. Here, Neeson plays his darkest character yet in a father and son revenge thriller where the brutal action is almost relentless.

To his credit, Collet-Serra’s films are character-driven, with the violence being the natural fall-out in the character’s world. In Non-Stop Neeson played an alcoholic Air Marshall, discharged from the NYPD, who is redeemed on a flight from NYC to London when he has to overcome his demons to find a deranged passenger. In Run All Night

, Neeson is on the booze again as washed-up former Irish hit man and shoddy dad Jimmy Conlon. He lives alone in a miserable, filthy hut without central heating where he watches sports on television, smokes and drinks. But Conlon seeks redemption for the sins he passed on to his son Mike (Joel Kinnaman), a law abiding chauffeur and father of two.

Mike is dragged into Jimmy’s criminal underworld when he witnesses a series of murders while chauffeuring some Albanian drug traffickers – probably unrelated to those in the Taken series as here, the producers, director and writer are different. Still, it’s a safe bet that Neeson’s promotional tours do not include Albania. 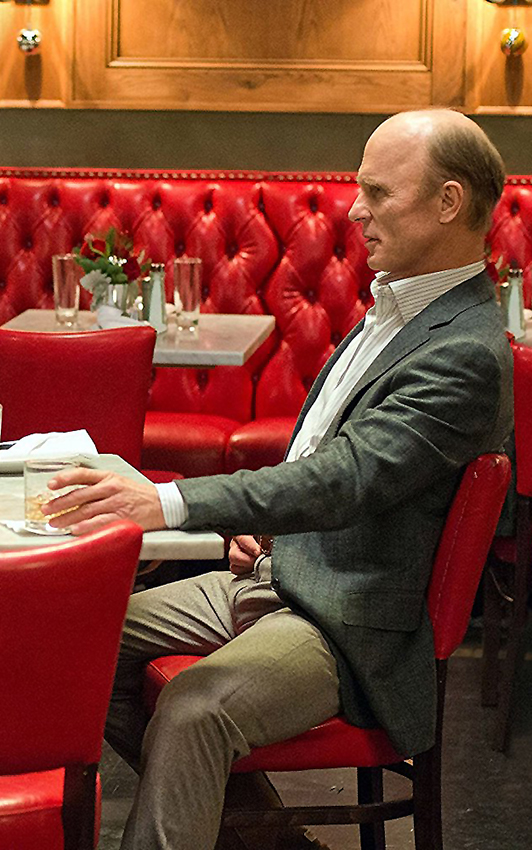 Ed Harris in Run All Night

Contrived as it may appear, these Albanians are visiting Danny (Boyd Holbrook), the psychopathic son of Conlon’s former mafia boss Shawn Maquire (Ed Harris). After murdering his guests, Danny tracks down Mike, who has witnessed some of the carnage, planning to kill him, too. Despite Jimmy and Shawn’s pledges of mutual loyalty, family honour is at stake here. Shawn warns Jimmy that he must revenge Danny’s death, while Jimmy vows to protect his son against Shawn and his hired assassins.

Mike realises he is in grave danger, but he rejects his father’s intervention and refuses to let him anywhere near his family. When Mike sees that his wife and children are clearly in danger, too, however, he has no choice but to acknowledge his estranged father.

The two bond while running, quite literally, all night, with Mike being continually astonished by his father’s resourcefulness and skills. It’s amazing how quickly dad sobers up when he has to keep his son alive and hidden, while at the same time, going on the offensive against his pursuers.

It seems unfair to criticise the film for being unoriginal when part of what makes the film work at all is our cumulative knowledge of Neeson and his former characters. When he says, ‘I’ve done some bad things in my life,’ the audience burst out laughing, more in recognition of the understatement than for the line’s intrinsic humour.

Still, while it’s wonderful to see 65-year-old Ed Harris and 62-year-old Neeson together and rising above the material they have been given, they are the main bright spots in an otherwise familiar, forgettable and gratuitously violent film. Short-lived glimmers of light include an appearance by the great, underused Vincent D’Onofrio, 55, playing yet another overweight detective, and a cameo from 74-year-old Nick Nolte, looking like a Santa Claus who has grown up in Detroit rather than in the North Pole.