Home / LIFESTYLE / REVIEWS > / FILM REVIEWS / Sean Penn is so wrong for the part, and given such daft dialogue 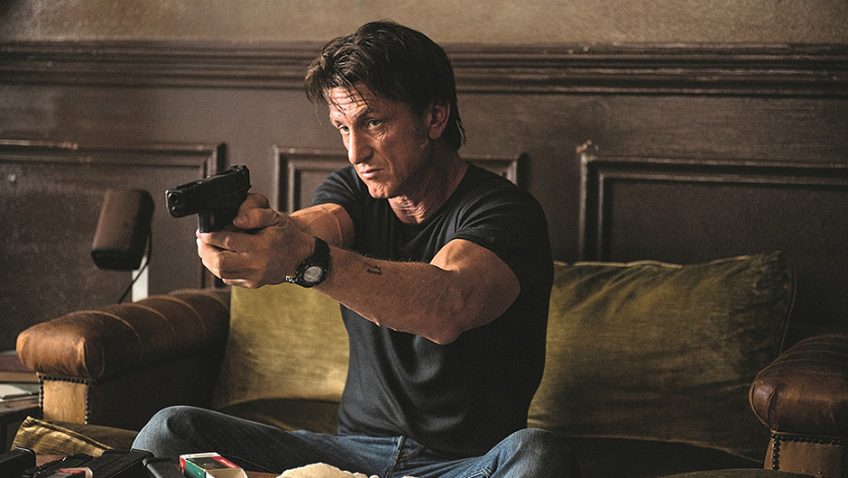 Sean Penn is so wrong for the part, and given such daft dialogue

If you are a charismatic, intelligent, Academy Award winning character actor in your mid-fifties and you wonder where your next role will come from, expect a phone call from Besson protégé, Pierre Morel.  Producer Besson, age 56, and Director Morel, age 50, want to revitalise your career and turn you into an action hero in fast paced, violent movies.

The team did it with Liam Neeson in 2008 with Taken, and Neeson, now 62, has been churning out fast-paced, dark thrillers films ever since. With The Gunman

, Morel tries to work his magic on Sean Penn whose career has stalled a bit since Milk in 2008, when Penn was still in his forties.

If the 56-year-old actor who received an Academy Award for playing German industrialist Oskar Schindler can do it, so, the reckoning goes, can the 54-year-old actor who won an Oscar for his portrayal of the gay rights politician Harvey Milk. Alas for the very talented Penn, a dated story, poorly written script, bland direction and an unsympathetic hero, combine to defeat The Gunman

before we even talk about the strange casting.

Even the setting – the Belgium Congo – feels dated.  After all, Blood Diamond was so yesterday when it comes to international concerns.  And the exotic setting does not disguise the fact that The Gunman

(based on Jean-Patrick Manchette’s 1881 novel, Like a Sniper Lining up his Shot) is yet another, “one last big job and then I’ll retire to the country with my true love” scenario. Even if you only see two films a year, you’ll know that it is never that easy for assassin Jim Terrier’s (Penn) bosses have different plans for the man.

From their first, not very subtle, facial expressions in a testosterone-filled bar, we know that Jim’s boss Cox (Mark Rylance) and Felix (Javier Bardem) are not looking out for Jim Terrier’s best interests.  Felix makes it very clear that he is jealous of Jim who is having an affair with the sexy, much younger aid worker (the Italian actress Jasmine Trinca) Annie.  Felix sends Jim into hiding out of the country after Jim assassinates the Congolese Mining Minister.

Felix then steps in to protect Annie and ends up marrying her! Some years later, when Jim returns to the Congo to work in a humanitarian refugee camp, it is Jim’s turn to become the target of assassins and he barely escapes with his life. He does some globe trotting to enlist the help of his mentor Stan (Ray Winstone) in his quest to root out his enemy.

About halfway through the film, Jim confesses to Annie, ‘I have done bad things in my life,’ a line almost identical to that uttered by Liam Neeson in Run All Night. Annie, who, rather incredibly, never knew what her lover did for a living, appears concerned at the confession, but her love is, er, steadfast.

Sean Penn in The Gunman

The bigger question, which is only one of the holes the script does not bother to fill, is why Jim never gets in touch with Annie and why Annie marries a man she does not love instead of seeking out Jim or waiting for him.  We are supposed to believe that Jim entrusted his messages to others. But can a professional hit man really be naïve enough to trust others with such communications?

Like Sean Penn, Javier Bardem has won an Academy Award, but you would never know it from his pantomime acting here. Then again, you can only blame Bardem for taking the role, not for writing the script (by Don Macpherson and Pete Travis) that gives us such a confusing, ill-defined, character.  Felix, who owns at least two expensive villas, is supposed to have started a legitimate business and amassed a fortune in the time it takes Jim to find Annie.  Annie seems no more bothered by how he did so than she was about discovering that Jim kills people for a living.  But Annie looks terrific in Penn’s white shirts in the morning, so no one asks too many questions.

If Annie seems too trusting, so Penn, whose underrated masterpiece, Into the Wild showed him to be as good a director as he is an actor, was, like the character he portrays here, too trusting of his bosses.   He is so wrong for the part, and given such daft dialogue that, beefed up muscles notwithstanding, it is difficult to believe his Jim could enact revenge on so powerful an enemy, ferret out the truth and get the girl.