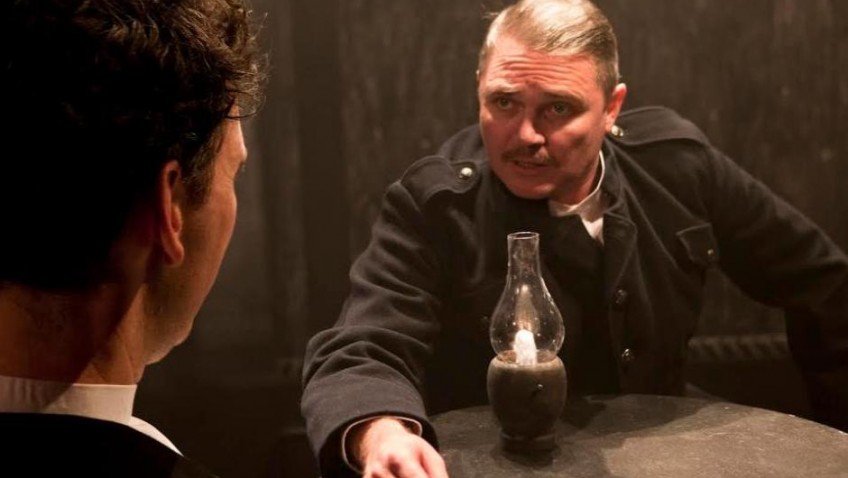 August Strindberg’s first major play, a memorable, morbid psychological drama, premiered in 1887 and was based on his first disastrous marriage. It is not as often performed as it might be.

The message is loud and clear: Women are untrustworthy. Desire and hatred are inseparable.

The action, directed with pace by Abbey Wright, is played out in 100 minutes, straight through without interval; and in a new version by Laurie Slade.

Men and women are natural antagonists and this particular battle of the sexes ends with the wife triumphant and the husband in a straight-jacket.

Laura (Emily Dobbs), the wife, denied her rights as a woman and as a mother, turns devious and ferocious. She is determined to have her husband (Alex Ferns), a captain in the army, certified mad.

She sows seeds of doubt as to whether he really is the father of their daughter. Already near to breaking point, it is enough to push him over the edge.

Strindberg himself had a mental breakdown a few years later.

The transitions from sanity one minute to madness the next are always unnerving and even more so in the intimate space of Trafalgar Studio 2. Alex Ferns positively explodes with anger. June Watson is good casting for his old Nurse.