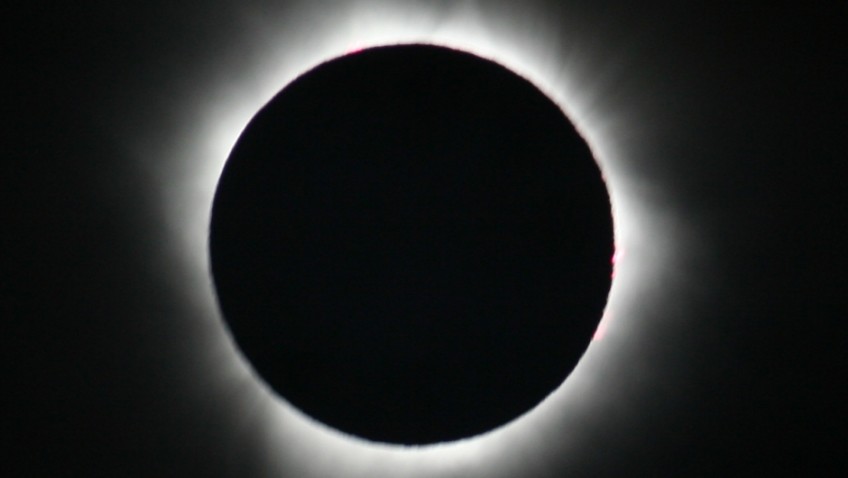 A nationwide campaign is being launched to warn people not to turn a blind eye to the dangers of the eclipse with thousands of safety specs being given away for free all over the UK.

World-leader in ophthalmic optics, Essilor, is distributing the glasses and urging people to practise safe sun when they watch the biggest solar eclipse for 16 years.

Millions of people are expected to gravitate to spectacular viewing events all over the UK on Friday March 20.

The eclipse will block out up to 90 per cent of the sunlight across parts of the UK between 8.25am and 10.45am. In London it will maximise at about 9.30am. Times and the magnitude of the eclipse will vary slightly in different areas.

However, the temptation to witness the spectacular phenomenon with the naked eye can cause damage to sight and even temporary or permanent blindness.

“Have you ever looked directly at the sun?” asks independent optician, David Shannon, “Of course you have.

“No matter what our parents, teachers, and doctors say, the temptation is right in front of our eyes — and it’s even more tempting to break that rule during the natural phenomenon of a solar eclipse.

“There are serious side effects – retinal burn, damage to eye cells, temporary or permanent blindness — if viewing a solar eclipse with the naked eye.

“Think about it. Through a simple magnifying glass, the sun can catch a piece of paper on fire from millions of miles away. It’s safe to say that your eyes need some protection.”

Essilor has launched the campaign to maximise eye safety and raise awareness about the dangers. It has teamed up with newspapers in England and Scotland to mastermind the huge glasses giveaway at newsstands and supermarkets.

Readers will pick up their free specs with their newspaper in the run-up to the eclipse on Wednesday March 17 and Thursday March 18.

Always resist the temptation to look directly at the sun without complete eye protection. Looking for just a few seconds could cause serious irreversible damage – this damage is often painless, so people don’t realise what they’re doing to their vision.