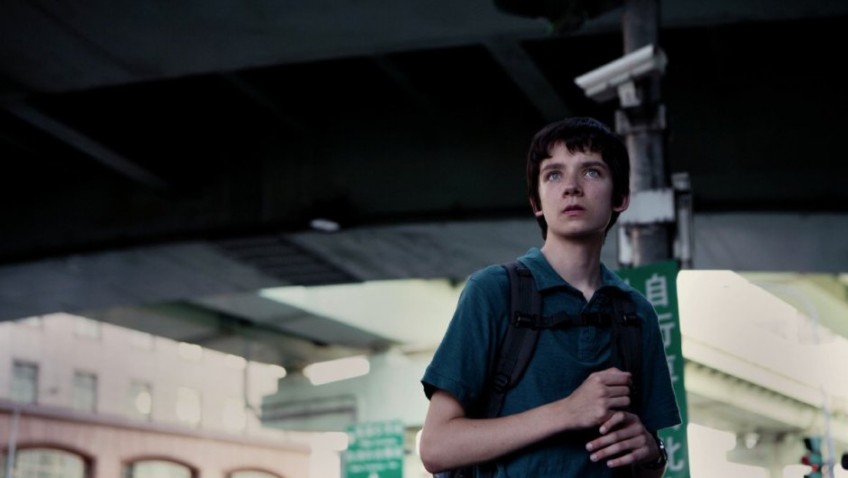 After The Curious Incident of the Dog in the Nighttime and The Imitation Game, young men who are gifted mathematicians thanks to varying degrees of autism have found a place in the public’s heart and imagination.  But as X + Y Writer/Director Morgan Matthews showed in his T.V. documentary Beautiful Young Minds, lesser known mathematical geniuses with neurodevelopmental disorders exist and lead lives that are challenging for themselves and for their families.  Matthews has turned his documentary into a touching feature film focusing on one such boy. His story is given considerable dramatic license, but for the most part, it still rings true.

Nathan (Asa Butterfield) is a tall, good looking young teenager with strange eating habits, an aversion to being touched and an intolerance for anything unrelated to maths.  No matter how much his patient mother Julie (Sally Hawkins) does for him, he cannot express appreciation or much affection, although he can criticise. Nathan has a close relationship with his father –

the only man who can make him laugh – but when Nathan dies, a double burden and responsibility falls on Julie, who is isolated in her loneliness.

None too soon, Nathan’s headmaster introduces Julie and Nathan to Mr Humphreys (Rafe Spall), an unconventional maths teacher who brushes off his eviscerating multiple sclerorsis with wise-cracks, cynicism and a desire to help Nathan.  Mr Humphrey’s agrees to tutor Nathan so that he can win a place on the UK Team for the prestigious International Mathematics Olympiad (IMO).  We get the impression that Humphreys, lonely and probably afraid, will be getting as much out of the experience as will Nathan.

As Mr Humphrey’s and Julie form a relationship that grows into something more than a mutual interest in Nathan, Nathan grows close to a pretty Chinese girl Zhang Mei (Jo Yang) whom he meets at the IMO’s training camp in Taiwan. Nathan struggles to turn his growing feelings for Zhang Mei into an equation to make sense of it all.  While the story is never a romcom, it becomes an often humorous coming-of-age story in which Nathan learns that there is no formula for love.

The film is highly watchable until the unfortunate feel-good ending in which years of habits disappear and Nathan is suddenly able to smile, hug and be hugged, when he could not stand any physical contact with Julie before.  Even if X + Y is occasionally a bit too contrived and sentimental for all tastes, the actors win you over, and, until the ending, at least, only the most cynical viewer could not help but feel for them and wish them happiness.

Butterfield is excellent as Nathan: it’s one of those roles that win awards, like Luke Treadaway’s stage performance in The Curious Incident.  Spall brings humour, nuance and humanity to the role of a man living vicariously through another disabled human being, while refusing to give up on life. His scenes with Julie are truly touching and even romantic.  Eddie Marsan imbues his role as the squad leader for the UK IMO team with personality and humour, turning a minor role into something three-dimensional and memorable.

Hawkins is not just a long-suffering mother and widow, she looks truly anguished, frustrated and heart-broken all at once when she is unable to communicate with Nathan.  She has also lost weight, and whether it was for this role – to suggest her 24/7 care job, worry and grief at the loss of her perfect husband – or not, it is effective.  Hawkins plays the role so well it feels that she has spent years with someone whose unpredictable mood she has to judge at all times; and whose actions and reactions she has to anticipate with a mix of dread and hope.