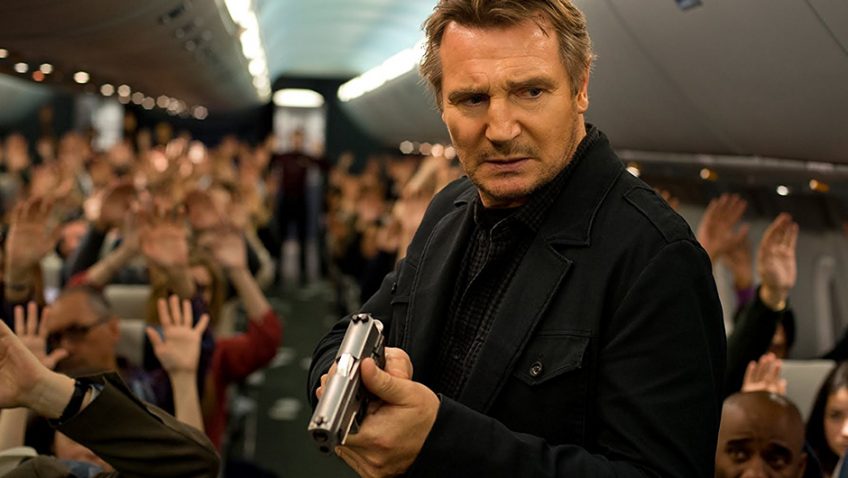 Some Academy Award winning actors protect their status and image by carefully selecting scripts worthy of their talents. But, as with Robert De Niro, older actors who love to work might find themselves less discriminating. They might even believe that they are big enough to withstand any script. Liam Neeson, best known for Schindler’s List, surprised the world by becoming a middle-aged B-movie action hero in 2008’s Taken and hasn’t looked back, or at a script, since.

Director Jaume Collet-Serra, who directed Neeson in the entertaining, if derivative action thriller Unknown, realised that they could become rich by putting Neeson in every frame of a 96 minute thriller and shouting ‘action’. Still, nothing quite explains why either of these talents bothered with Non-Stop

Taking full advantage of the use of mobile phones on international flights, Non-Stop

joins a growing number of films in which a killer and a hero (usually in need of redemption) battle it out in the confined space of an airplane while frightened passengers scream. Since Airplane!, Snakes on a Plane, Con Air, Air Force One and the celebrated true story of the United 93 tragedy have covered most of the possible plots, Non-Stop

dispenses with one and invites us to espouse the formula.

Following the death of his young daughter, Air Marshall Bill Marks (Neeson) hits the bottle. While letting himself and his marriage go, he loses the confidence of his bosses and the passion for his work. On a routine flight, however, he is challenged in a way that turns his life around.

Marks starts receiving strange text messages threatening to kill one passenger every 20 minutes if 150 million dollars is not transferred to a given bank account. Until the culprit claims his first victim, Marks dismisses the messages as a prank. Given Marks’ involvement in the first victim’s death, however, when the bank account turns out to be in Marks’ name, he realises he is being framed. You know the routine: Stripped of his badge and gun, he must clear his good name and fight his personal demons. But with passengers dying, a clever killer on board, and his only allies, two pretty women (frequent flyer Jen Summers (Julianne Moore) and stewardess Nancy (Michelle Dockery) how will he manage? 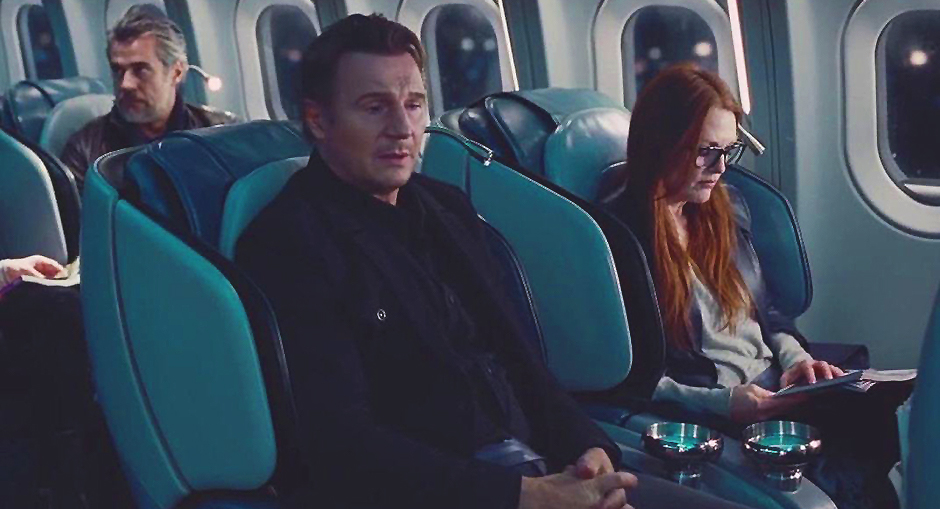 Working with Mega-Producer Joel Silver in Los Angeles, Spanish born, American-based director Collet-Serra has quickly mastered the mechanics of Hollywood action movies. He might even believe that hiring three first-time feature writers, whose credits include Big Brother and video games, would make no difference to Neeson fans. From a box-office viewpoint, he might be right.

Neeson does, however, have a wide fan base (which includes many women of a certain age) who come to his films with certain modest expectations. The motive in Non-Stop

cannot possibly justify a plan so complex, sophisticated, risky and deadly that, when it is revealed, it seems laughable. Nor does the script bother to explain why Marks, an experienced, intelligent Air Marshall, is so ready to believe Jen Summers, the most suspicious person on the plane.

More puzzling still is how the perpetrator managed to smuggle a large bomb (yes, folks, there’s a bomb) on board. If it can happen, it should at least be explained. And, with due respect to his imposing physique, it also stretches credibility that Marks, or any man, let alone a 60-something-year-old alcoholic, can fight off four strong, young men (including an army officer and NYC cop) who, at one point, pile on top of him.

On the plus side, there is no time to be bored and Neeson delivers the goods, albeit, by now they are on the perishable side.