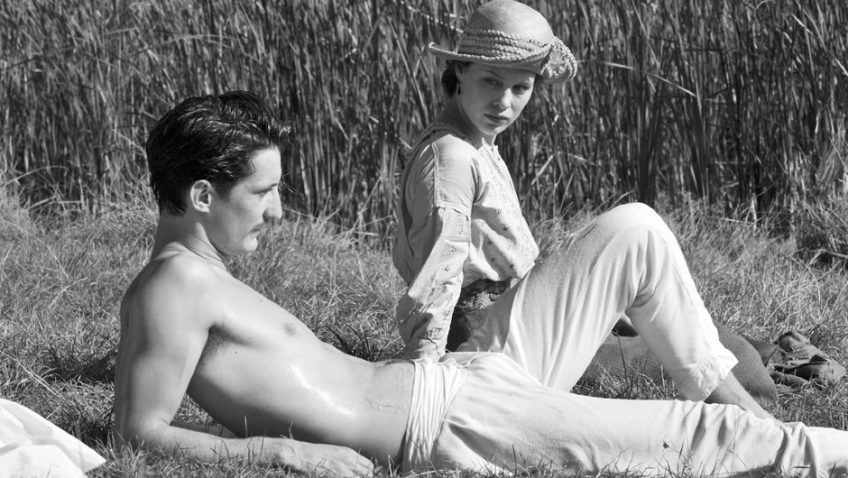 Can a lie be a positive force for good? As prolific as he is unpredictable, the extremely talented French writer/director Francois Ozon (In the House, Potiche) asks the question that the great German director Ernst Lubitsch asked in his 1932 WWI weepy, Broken Lullaby. While retaining Lubitsch’s male protagonist – a French soldier seeking redemption – he adds a German woman coming-of-age who must also live with a lie. And, he adds to the original film’s emotional complexity with a whole new second half. While Frantz

In the small town of Quedlinburg, Germany, 1919 there are almost no young men, but a lot of bitter fathers and heartbroken mothers. One such couple is Doktor Hoffmeister (Ernst Stotzner) and his wife Magda (Marie Gruber) who have lost their only son, Frantz, a Francophile who altered his name with the uncharacteristic ‘t’. The old couple’s only link to Frantz is his fiancée, the young, beautiful orphan Anna (Paula Beer) who has remained with the Hoffmeisters.

The highlight of Anna’s lonely days is a walk to the local cemetery to put flowers on Frantz’s grave and then to the beautiful countryside beyond the village where she and Frantz would go. One day Anna notices that someone else has left flowers on the grave, and the following day, she sees a stranger crying there. This is Adrien (Pierre Niney), a mysterious, violin-playing French war veteran, courageous enough to venture across a still-hostile border.

As Anna tries to figure out the real motive for Adrien’s visit, she brings him home to an initially frosty welcome. But soon Adrien holds the Hoffmeisters transfixed with stories of his friendship with Frantz in Paris and trips to the Louvre just before they went to the Front. Adrien is no longer the enemy – he is a precious gift. This touching German/French alliance has particular relevance today in light of Brexit and the growing nationalist fervour across the world.

Anna bonds with the young Frenchman over their common interest in Frantz. She speaks French and impresses Adrien with her knowledge of Frantz’s favourite poet, Verlaine. Anna fights against her growing attachment to Adrien and uses a surprisingly confession that he makes to detach herself from him. Yet she withholds the secret from the Hoffmeisters, recognising how much the lie has helped them find peace.

The close knit community do not share Anna and the Hoffmeisters’ infatuation and a former rival of Frantz, Kreutz (Johann von Bulow), who is pressuring the Hoffmeisters for Anna’s hand in marriage, is particularly hostile. In a scene that has lost just a little of the power of the original, Doktor Hoffmeister stands up in the tavern where he is drinking with friends and condemns their nationalism by reminding them that they are responsible for the deaths of their sons by encouraging them to go off to war. French boys, also sent off to war, also died. ‘We are fathers who drink to the death of their children’, he proclaims to a chastened gathering.

Ozon focuses the film on the losing side of the war to show how the loss and the humiliation of the Treaty of Versailles fuelled the nationalism that grew into the Third Reich. It is not surprising to learn that Ozon asked his cast to watch Michael Haneke’s The White Ribbon, a disturbing epic film that is also set in an insular German village, but just before World War I.

Ozon uses a clever mirroring device when it is Anna’s turn to travel to across the hostile border in search of Adrien. In addition to the journey itself, on the ‘German side’, there is also a fiancée, a grieving family and a group of fathers in a restaurant who stand up to sing La Marseillaise with expressions of hatred similar to those of their German counterparts. In this way, Anna experiences Adrien’s journey – but with a few significant (and unexpected) differences.

To achieve a period look and realism the film is shot in vintage-looking black and white which is highly effective. With Pascal Marti’s sumptuous cinematography and Michel Barthélémy’s precise production design, the period authenticity enables us to buy the whole story, contrived though it might seem. Paula Beer’s flawless performance is a revelation, and Stotzner and Gruber make such a sympathetic, complementary couple that you really feel for them and believe in their grief. Gruber is particularly convincing as the mother who is eager to obliterate all borders to revive the memory of her only child.

It is only Niney’s performance that might leave us uneasy, particularly as, given his physical appearance, we suspect for most of the film that Adrien’s attachment to the handsome Frantz is sexual. This might be intentional, but it adds a whole layer of unexplored complexity to Anna’s journey when she meets Adrien’s domineering, aristocratic mother (an excellent Cyrielle Clair). Niney never quite conveys the sex-appeal nor the shell-shocked, mixed-up, poetic soul that Adrien’s character requires.

The emergence of colour here and there appears more erratic and distracting than symbolically meaningful and there is a pivotal scene (it would be a spoiler to say more) that you wish had been left to our imaginations. But these are minor flaws in a beautiful and truly moving film. The only lingering criticism is that by turning the film into Anna’s journey the Lubitsch film is kicked a bit into the long grass and loses its symmetry and some of its power. As the original imposter story is retained, but diluted with new themes, feelings and a feminist outlook, Frantz