Home / LIFESTYLE / REVIEWS > / FILM REVIEWS / The clichés are there, but so is a surprisingly effective British film debut 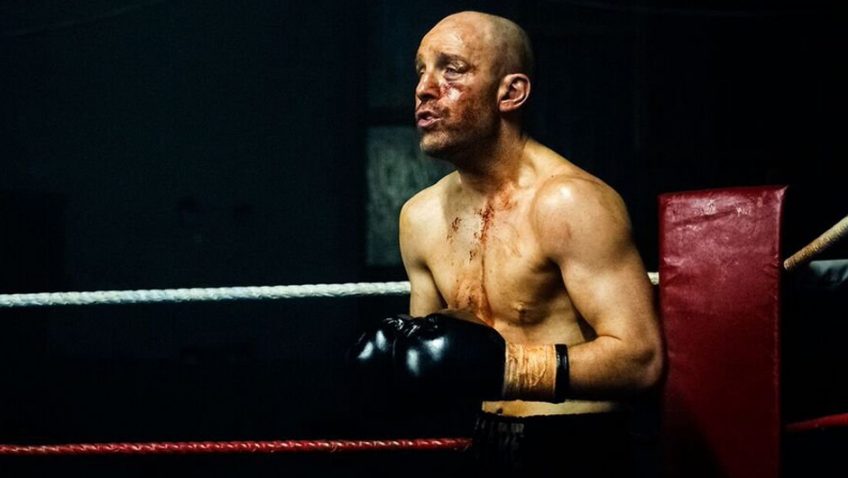 The clichés are there, but so is a surprisingly effective British film debut

If, like me, you cannot get excited about seeing yet another boxing movie – or another ‘low budget feature film debut’ shot in London, mainly at night with lots of council estates an appearance by the ubiquitous Ray Winstone – then Jawbone might give you something to be excited about. Ok, it’s not a masterpiece, but it is definitely unexpected. Jawbone has all the clichés covered, to be sure, but it is also a surprisingly engrossing, convincing and touching story of a ruined boxer’s fight against alcoholism.

One of the most surprising things about Jawbone is not that it is the feature film debut of Joe Wright’s Second Unit Director Thomas Napper, but that it stars and is produced and written by Johnny Harris. Harris shouldn’t be any of those things! Hardly a toff, he left school at 13 to box, won a Junior ABA title at 16, and then threw his future away to run after a Parisian girl. Back in England he became an alcoholic and drifted from friends’ sofas to sleeping rough and begging. 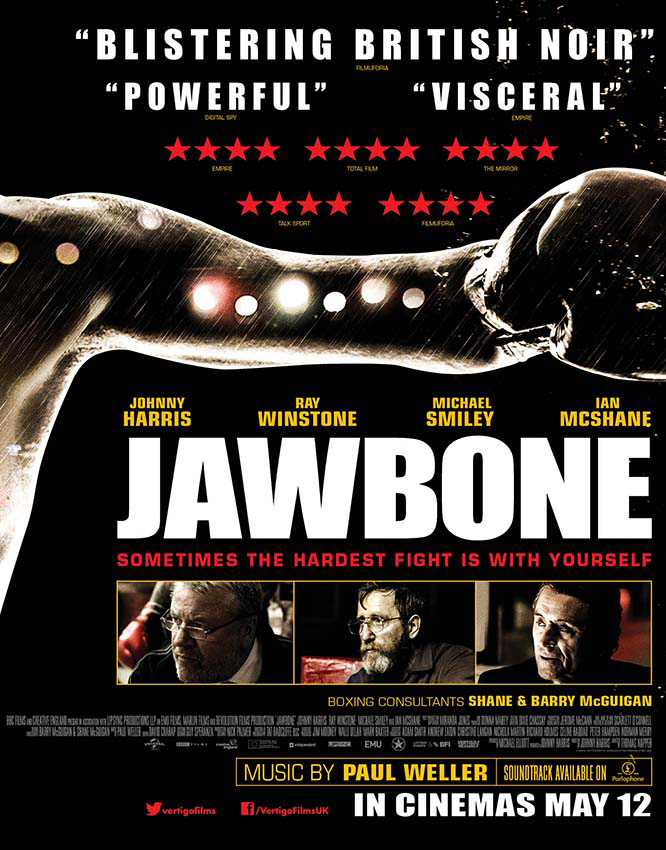 Fortunately, Harris stumbled into acting and is best known for covering the character spectrum from a thug and rapist in Shane Meadows’ television series This is England, to a servile dwarf in the film Snow White and the Huntsman, and to the controlling Detective Chief Inspector John Hind in the BBC series From Darkness.

Harris’ life experiences not only inform the script but make it semi-autobiographical. When we first meet Jimmy McCabe (late at night on the Embankment, drinking vodka out of a bottle), he is a man hitting middle age with nothing but a ruined past, his late mother’s council flat, scheduled for demolition, and an addiction to alcohol. Refusing to be re-housed (an irrational refusal fuelled by grief and alcohol abuse), he returns to find the flat boarded up.

With nowhere to go, but recognising he needs help, he returns to Union Street Amateur boxing Club. The two trainers, who were there when Jimmy was a champion, are owners Bill (Ray Winstone) and manager Eddie (Michael Smiley). They are not thrilled to see him. The oldest boys in the club are nearly half Jimmy’s age; he looks like a tramp and his breath smells like booze.

Unable to forget how close he was Jimmy in his heyday, Bill allows Jimmy to train at the club on two conditions: No booze and no mention in the gym of the unlicensed fights that, we understand, had ruined Jimmy’s amateur and professional career and his relationship with Bill.

Desperate for money Jimmy contacts the sleazy unlicensed fight promoter Joe (Ian McShane) who hasn’t seen Jimmy in a year, but sees that he’s out of shape and starving. There’s a wonderful scene in one of those big, dark, formal, but depressing restaurants that are always empty where Joe insists on buying Jimmy a steak. Joe knows that it’s Jimmy’s pride refusing and glows as Jimmy eventually wolfs down the meat. Declining any responsibility, Joe offers Jimmy a fight up north that would guarantee him £2,500, £3,000 if he wins. The downside is that he is not only unlikely to win, but to leave in one piece. His opponent is a monster, who is in very good shape and who enjoys fierce local support from a gallery of fiendish fans.

You know the rest. You might also imagine the death of one of the older characters (and you would be right to do so as movies with nice men over 60 tend to kill them off for an emotional kick). That said, Winstone, who sometimes appears to be sleep-acting, puts in a moving, but unsentimental performance that does the trick.

But what is so refreshing and unexpected, is how the quality of the writing and directing enables us to overlook the clichés and get into the story without a hint of cynicism. This is in partly due to the way in which Harris and Napper avoid the little clichés, even if they cannot really avoid the big tropes of the boxing genre.

For one thing, they avoid a schmaltzy romance (after all what woman would be attracted to Jimmy in his current state?). There is hardly a woman in the entire film or even a hint of a wrecked relationship. For another, the filmmakers refuse to glamorise fighting or suggest a triumphant return to the ring for a man who is, after all, too old to reclaim the legitimate career he threw away. Whether Jimmy wins or loses in the unlicensed fight, the end of fight is as nasty as the beginning. There is certainly no umpire standing by to raise the winner’s hand to cheering crowds.

What we do get is terrifically authentic boxing scenes. If you stay for the credits you will notice that Harris had no fewer than 6 trainers and coaches. So intent was the former boxer to give the audience authentic fighting scenes without trick cinematography and editing or stunt actors, that he went after a man he could not afford. Barry McGuigan is the current President of the Professional Boxing Association, former ‘Clones’ Cyclone’ WBA featherweight champion and the man who trained Daniel Day Lewis for Jim Sheridan’s 1997 movie, the Boxer.

The film’s title, which comes from the Book of Judges (And Samson said, “With the jawbone of a donkey, heaps upon heaps, with the jawbone of a donkey have I struck down a thousand men”) hints at the fall from grace (Samson’s strength) and at the big theme of redemption. The story might be predictable, but it never feels that way because Jimmy is such a real character. By the end, your heart will go out to him.