Home / LIFESTYLE / REVIEWS > / FILM REVIEWS / A treat for ages and all tribes, but it helps if you like football 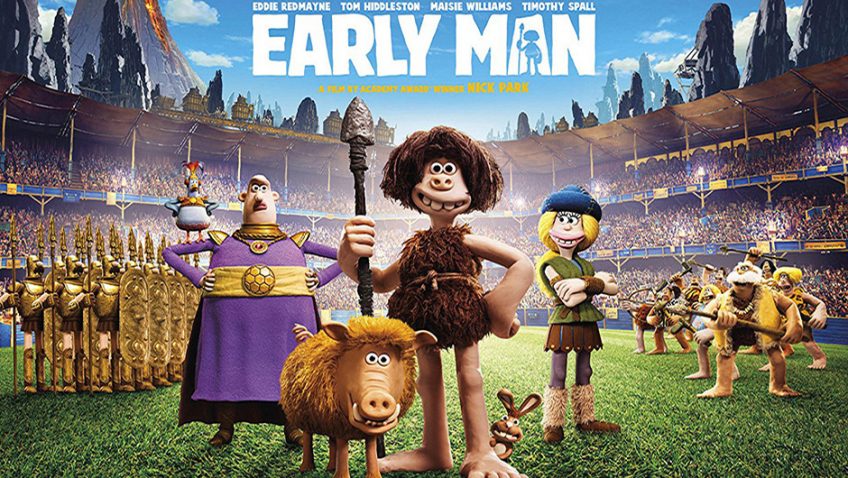 A treat for ages and all tribes, but it helps if you like football

Someday someone with an ‘ist’ after their title will write a treatise about the appeal of stop-frame animation with Plasticine modelling clay. When it’s done right, and combined with a script as witty and cheerful as Early Man

, it’s hard to resist. Still, there’s also no getting around the fact that the story is a pretty predictable soccer/football underdog movie, albeit a somewhat novel one.

Aardman Animation Studio’s Nick Park (Wallace and Gromit: the Curse of the Were-Rabbit, Chicken Run) is back for the first time since 2005 as Producer/ Writer/Director of Early Man

, a title that might be the film’s first joke. It obviously refers to the Neanderthal tribe that are the protagonists of the film, but maybe also to Early Park. As though to complement the story, the animation, though benefitting from years of technological advances, goes back to basics: clever and punny, brilliantly cast and beautifully animated with primitive man literary hewn out of clay.

The film begins with some tongue-in-cheek captions, situating the film in The Neo-Pleistocene Age, a made-up near homonym for Plasticine, the modelling clay in which the figures are moulded. The precise setting is ‘near Manchester, around lunchtime’ and territorial dinosaurs and a couple of hungry Freddie Flintstones battle it out for meaty joints. Suddenly, a natural disaster that apparently wipes out the dinosaurs interrupts lunch. A curious caveman picks up the bright, round debris from a meteor and, burnt from the smouldering ball, drops it and kicks it away. The recipient does the same. Within no time, stone slabs bearing the origins of football adorn a valley that has not yet moved into the Bronze Age.

This is where shaggy-haired, bug-eyed, buck-toothed Dug’s (Eddie Redmayne) tribe lives, relics of the Neanderthal Age. Dug unsuccessfully tries to persuade Chief Bobnar (Timothy Spall) to move on to bigger prey. Bobnar is having none of it, pointing to the stone paintings of the football games. ‘Our ancestors didn’t hunt big things; they hunted small round things.’

It’s a moot point as the dysfunctional tribe cannot even manage to catch rabbits. That’s just as well for the younger viewers as Parks gives us a particularly endearing rabbit (not yet the predatory kind in Parks’ The Curse of the Were-Rabbit). By the time they put the cute lagomorphs on the barbeque, Bronze Age conquerors, mounted on armoured Mammoths invade the valley to exploit its mineral wealth.

It’s obvious in what follows that scriptwriters Mark Burton and James Higginson are not after Alan Titchmarsh’s or Mary Beard’s jobs. The Kingdom to which Dug is taken prisoner is a variation of ancient Rome set in the Bronze Age. Instead of gladiatorial fights with animals, the arena that preoccupies the corrupt Lord Nooth almost as much as his bronze coins is a football pitch. Nooth is voiced by Tom Hiddleston – complete with Gallic nose and a Pink Panther version of a Gallic accent.

When Dug, the most intellectually evolved of his tribe, makes the connection between his valley’s stone paintings and the Nordic giants bouncing a ball on their feet, he proposes a match between the two civilizations to gain back his tribe’s valley. Mocking the very thought of cavemen playing the ‘sacred game’ and sure of a triumphant win to impress his Queen, Lord Nooth consents. 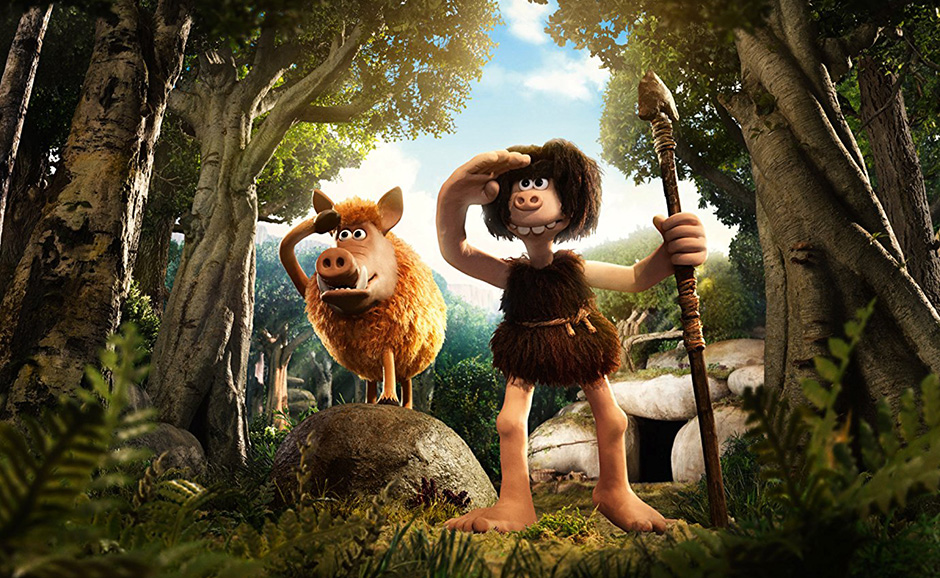 The stakes, however, are high. If the ‘Brutes’ as Dug’s team will be called, lose, they will work in the mines underneath their cherished, green valley.

Fortunately for Dug, he befriends soccer-obsessed Goona (Maisie Williams), a market-trader disgruntled because women are banned from participating in the beautiful game. Never mind that Goona is another Jess Bhamra from Bend it Like Beckham; when she jumps ship to train Dug’s clueless tribe, hope springs eternal.

From here on, the story is a typical underdog football movie, of which there have been many dozens from all the over the world, and the filmmakers can’t seem to add anything new or particularly prehistoric.

You don’t go to Early Man

for the football, but for the silly jokes (‘where’ve you been, in the Stone Age?); the puns (Queen ‘Oofeefa’); for gags that go almost unnoticed in Sim Evan-Jones comically-timed editing, and for the eccentric supporting characters. Just in case you are wondering, these include Dug’s pet Hognob who is a variation of Park’s co-creation, Gromit and, fittingly, voiced by Park himself.

Hognob is not a dog, of course, but a curly-headed boar who concedes nothing to Chelsea FC’s David Luiz. Hognob is so heavily anthropomorphised that he ends up as the Goalie when desperate times call for desperate measures. There is also a hilarious message bird (Rob Brydon) who brings inconvenient messages from Mrs Nooth to the hen-pecked tyrant.

While the deceptively old-fashioned animation might indicate a kind of nostalgia in Aardman’s seventh feature, a strong feministic presence shows that the creators are fully aware of the post-industrial age. In addition to a female football champion, there is a savvy Queen who, like Miriam Margolyes who voices her, is a straight-talking, unfussy, fair-minded, no-nonsense – and single – ruler. She is not only suspicious of Nooth’s bronze hoarding, but overrules him when Nooth tries to disqualify Goona from Dug’s team because of her gender.

will be enjoyed by all ages and all tribes, particularly those booking tickets for the 18 June World Cup match against Tunisia.