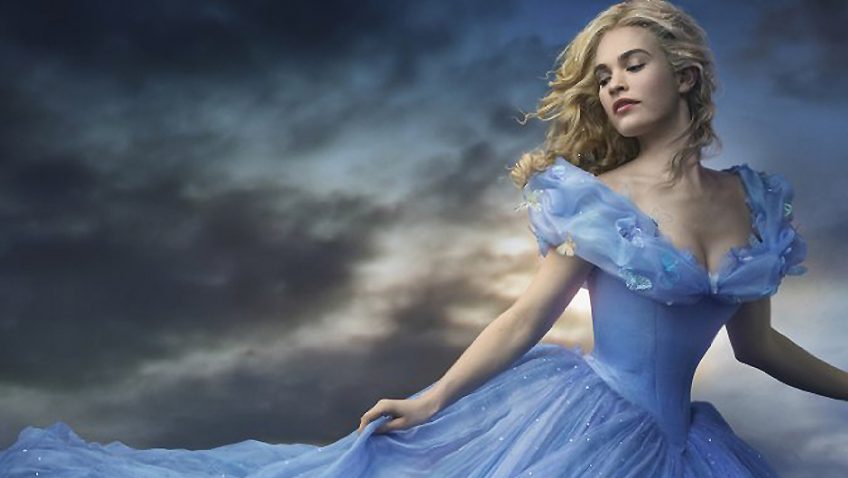 A sparkling triumph of good over bad

The best Shakespearean actor and one of the best Shakespearean directors of his generation, Kenneth Branagh’s record as a non-Shakespearean film director is mixed.  If Peter’s Friends, Sleuth and Jack Ryan: Shadow Recruit were disappointments, Thor (2011) was an impressive stab at a Marvel Comic superhero film and his new, live-action Cinderella

, starring Lily James as the eponymous heroine and Cate Blanchett (Stepmother) is a triumph.

We are told that the film is inspired by Charles Perrault’s 17th century fairy tale and by Disney’s 1950s animated film.  Neither too dark nor too sanitised and sappy, and with a rich mixture of CGI magic and spectacular set design, hair/make-up and costumes, Branagh’s Cinderella

is a well-judged updating of the story for Disney’s library and for a new generation of young people.

Branagh and scriptwriter Chris Weitz (The Golden Compass, Antz, About a Boy, with brother Paul), start from the beginning, showing us young Ella’s (Eloise Webb) happy life with her animal-loving, free-spirited mother who believes in fairies (Hayley Atwell) and her kind, fun-loving merchant father (Ben Chaplin) in a gingerbread mansion inherited by her father.   Then tragedy strikes when the mother dies, just after instructing her daughter to ‘be kind and be courageous.’  Ella forms an even stronger bond with her father, one that survives his eventual remarriage to Lady Tremaine (Cate Blanchett).  When the father dies, however, Ella is at the mercy of her evil stepmother.

But such is the finesse of this script that even Lady Tremaine is given a back story that tempers her perverse cruelty.  She loved her first husband as much as Ella’s father loved his first wife, and she realises that her second husband will never love her or anyone else as much as his daughter.   This background enhances our understanding of Ella’s forgiving attitude toward her insufferable stepmother, and her humility in the face of her two despicable, spoilt daughters, Drisella (Sophie McShera) and Anastasia (Holliday Grainger). 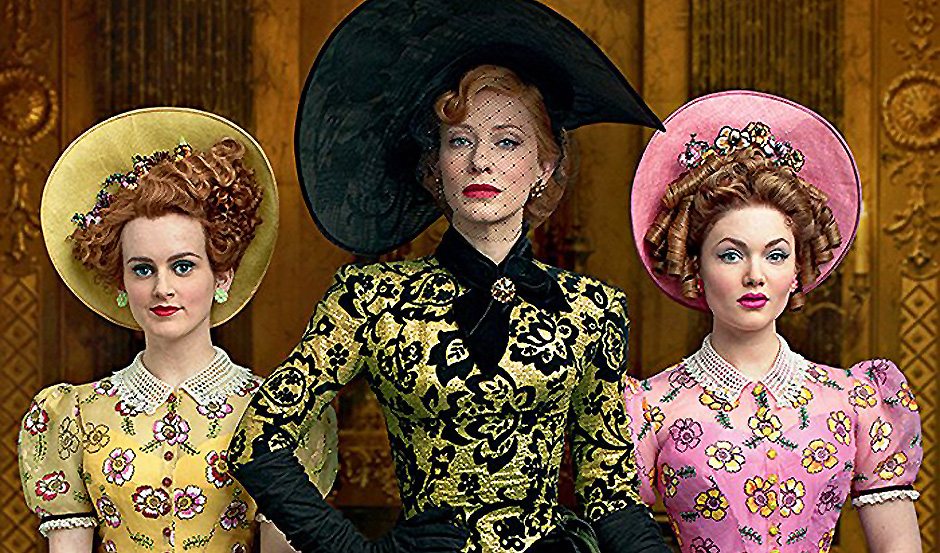 When Ella transforms into Lily James’ teenage Cinderella, so called by the cruel stepdaughters when Ella serves breakfast with the remains of cinders from the fire on her face, she is no weak, meek and helpless victim.  In this version, Cinderella is a strong-minded, resourceful and quick-witted young woman who refuses to accept defeat and is determined to go after her man.

Her meeting in the forest with Prince Kit (Richard Madden) is wonderfully romantic, but also beautifully written. The Prince tells her his name is Kit and that he is an apprentice, without stating his lofty trade. This, of course, proves that Cinderella loves him for who he is, and not for this position.  An animal lover who has helped the intended prey to escape, Cinderella chides this handsome stranger for hunting innocent animals, a message that reflects her upbringing.  The film, like the musical Into the Woods, highlights the extent to which parents influence their children. 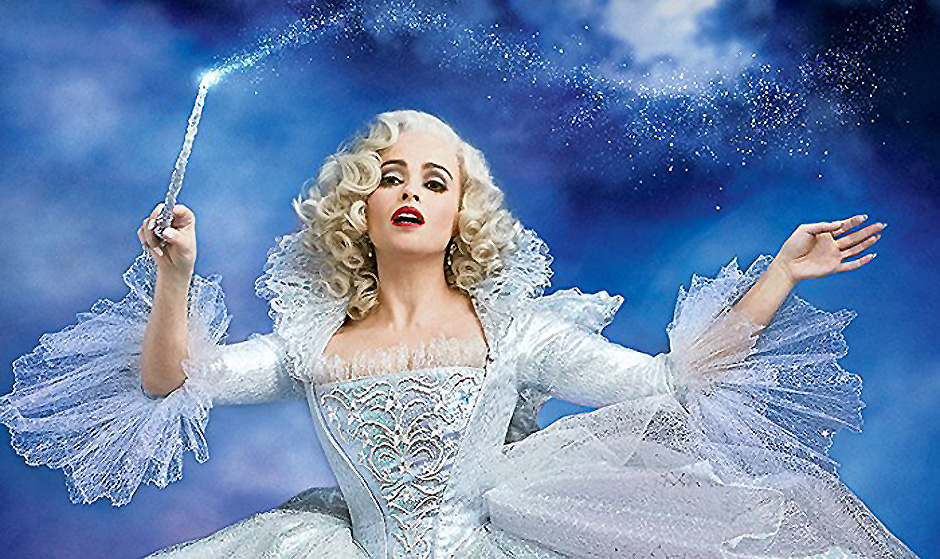 In addition to the dazzling costumes by three-time-Oscar winning designer Sandy Powell (another Academy Award is on the horizon), the highlight of the film is the scene in which Helena Bonham Carter’s delectable Fairy Godmother  dresses Cinderella for the ball.  Beginning the scene as old hag and beggar, the scatter-brained fairy transforms herself into a vision of silver and sparkles before turning her wand to Cinderella.  Before our eyes, a pumpkin from the greenhouse becomes the coach, Ella’s beloved mice become the horses, and the lizards become the coachmen.

The magic is sustained after that impressive scene when Cinderella arrives at the ball and realises that the man in the forest is not a workman at the court, but the noble host himself.  Dressed in a head-turning blue gown with crystals in her long, blond hair, the picture of royalty, she dances the night away with the prince, much to the distress of the scheming Lady Tremaine and to The Grand Duke (Stellan Skarsgard).

Well, we all know the rest, with its elements of revenge, catharsis, and good triumphing over bad, but this timeless story appears fresh and all the more romantic in this joyful family film.