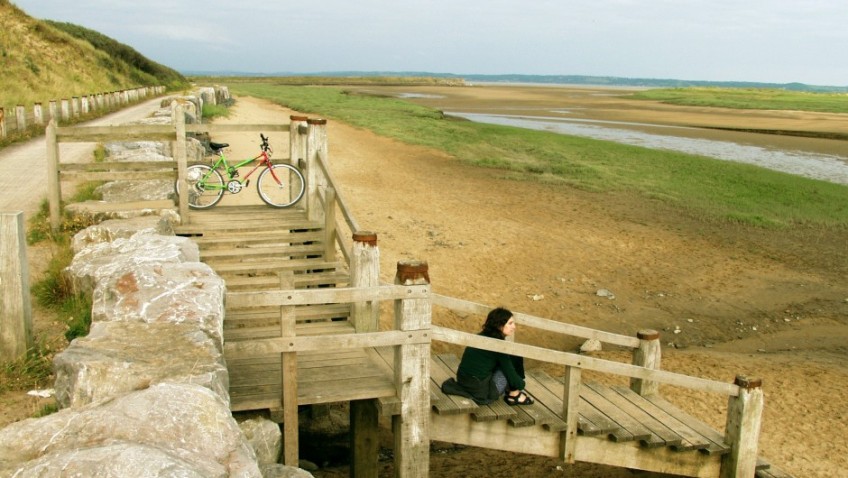 Get on your bike!

There are enormous benefits to people of all ages to keep physically active. Regular exercise, like walking or cycling, reduces the risk of cardiovascular disease, cancers, diabetes, mental ill-health, obesity and high blood pressure.

Cycling in particular has a much lower impact on joints, like knees and ankles, than jogging so it’s particularly good in later life. Crucially it’s never too late to start.

Playing sport or going to a gym are great but not everyone can do those things – walking and cycling are much easier to fit into most people’s lifestyles. And with the National Cycle Network often along picturesque country routes, it can make walking and cycling relaxing as well.

Walking and cycling charity Sustrans came up with the concept of the National Cycle Network in 1995. Twenty years on, the Network of traffic-free paths and quiet on road walking and cycling routes now spans over 14,000 miles and crosses the whole of the UK. 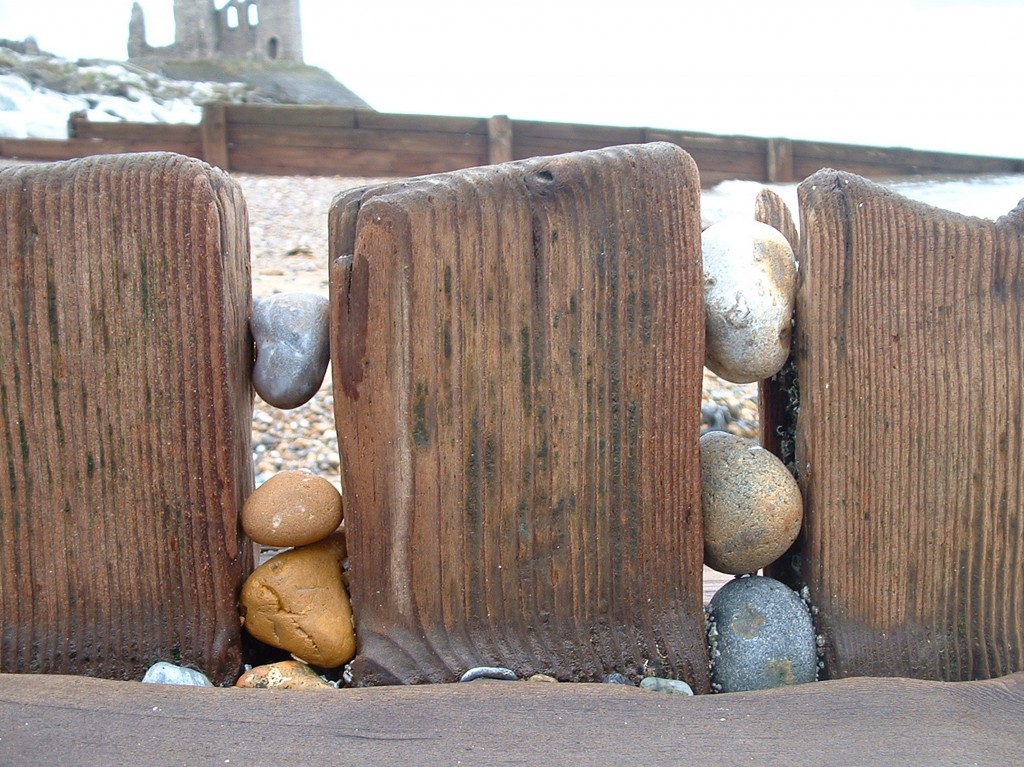 The Network passes within a mile of half of all UK homes and is used by millions of cyclists and walkers every year, providing great local routes for everyday journeys, as well as long distance routes for cyclists and ramblers keen to travel further afield.

In 2013 over one in ten journeys on the National Cycle Network (over 80 million) were made by people aged 65 and over, with over 62 million journeys made by foot and 18.5 million made by bike.

The Network has a numbering system so that people can easily following a route from one destination to another by following the famous blue National Cycle Network signs.

The entire Network is mapped, detailing which parts are on roads and which parts are traffic free. The Sustrans website has a handy interactive map which people can use to see where the Network goes near them or look at routes further afield.

Generally people don’t need to buy special equipment to walk or cycle on the National Cycle Network – most normal bikes are fine to use across the Network. For those walking, if they are in a particularly hilly area or planning on going out for hours at a time they may want to think about wearing walking shoes.

To get a closer look at a route Sustrans sells maps which fold down and can be taken along walks and cycles on the Network. The maps start at £4.99 with profits going back to the charity. 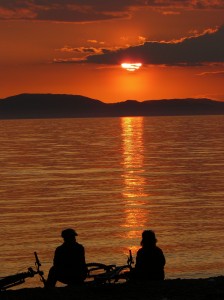 The comprehensive maps provide lots of useful information including where the routes are on road and where they are traffic free. They also show contour lines, indicating changes in height so that people can choose flatter or indeed hillier routes, if they prefer.

The maps also highlight points of interest such as historical sites and areas of outstanding natural beauty, as well as providing details of local railway stations and other key amenities.

They can be bought online from the Sustrans website or by calling 0845 113 0065. Visit www.sustrans.org.uk/20years to view the online map or visit the shop.

As well as maps, the charity has recently released a brand new book detailing 150 bike rides on the Network. The book, which costs £15.99, is called ‘Sustrans’ Traffic-Free Cycle Rides – 150 Great Days Out’ and includes day rides around the country with recommendations for pubs, cafes and hotels along the way.

Some of our coastal routes

The lovely 21 mile coastal route between Scarborough and Whitby has everything for seaside lovers – fantastic swimming beaches, secluded coves and perfect views. At Hayburn Wyke, a short walk across a field (where an old train station used to be) leads to a secluded bay.  You also pass the picturesque fishing village of Robin Hood’s Bay which is home to some of the most stunning beaches in the British Isles and a great place to stop off, grab a bite to eat and relax.

This 10 mile circular ride near Kings Lynn takes you to Holkham National Nature Reserve and the fantastic Holkham Beach – one of the most unspoilt and beautiful stretches of sand in the country.  Behind the shoreline lies a semi-circular basin, which, at very high tides, rapidly fills to form a spectacular shallow lagoon. You could also take a boat trip to nearby Blakeney Point, home to a colony common and grey seals.

This wonderful coastal route begins on the sea wall opposite Margate station and then winds westwards past spectacular chalk cliffs, sandy beaches, rock pools and bays on the way to Reculver. The whole route is passable on foot subject to tides, but cyclists have a short section on a clifftop road if they don’t want to carry their bikes or get their feet wet!  Reculver Beach makes up part of the Reculver Country Park and has imposing 12th century towers and a Roman fort. This is great spot for a picnic with its secluded grassy area and stunning views out to sea.

This totally traffic free, 7 mile route in Carmarthenshire follows a stretch of coastline on the Burry Estuary. Previously an area of industrial wasteland, the area has been transformed into a tranquil green corridor offering superb views of the Gower Peninsula. The Millennium Coastal Park has several stretches of golden shoreline including the Llanelli Beach and Burry Port Beach which is popular with surfers and sea kayakers.

This circular 9 mile route takes you on a coastal path to Druridge Bay – a stunning seven mile stretch of sand running from Amble to Cresswell which forms part of the Druridge Bay Country Park. Here you’ll find a series of smaller nature reserves that are home to a variety of birds – from swans to the rare Golden Eye Snipe. The Country Park has all the amenities you need to enjoy a day at the coast with toilets, cafe and children’s play area. The park is centred on a lake with surrounding meadows and woods which has been restored from an old opencast coal mine – the perfect place for a picnic.

Burgh-by-Sands to the Solway Coast, Cumbria

This great 24 mile route takes you past miles of beautiful saltmarsh and farmland that arrives at fantastic beaches which have been designated an Area of Outstanding Natural Beauty. The loop starts out along the Hadrian’s Wall Path that takes you through Drumburgh, Glasson and Anthorn.  Once on the Cardurnock peninsula, the route then takes you to Bowness-on-Solway where there is Campfield Marsh, an RSPB nature reserve – a wetland paradise with 360 degree views of the Solway Plain.

This three mile route takes you from the centre of Oban, round Oban Bay on a minor road to Ganavan, where you join the cycle path to Dunbeg village. Ganavan Sands is picturesque sandy blue flag beach which has spectacular views out to Mull, Lismore and Morven. Riding back to Oban, you can call in at Oban Distillery and sample some of their whisky – for medicinal purposes only, of course! 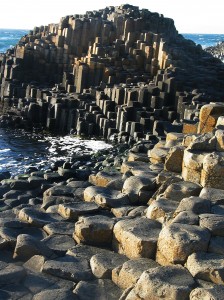 This stunning 23 mile cycle route runs along the North Atlantic coast from Castlerock to Coleraine and travels past one of the most impressive and well known landmarks in Northern Ireland – Giant’s Causeway.