Home / LIFESTYLE / REVIEWS > / FILM REVIEWS / Sarah Bolger is captivating as a Northern Ireland widow in this enjoyable, if familiar, thriller 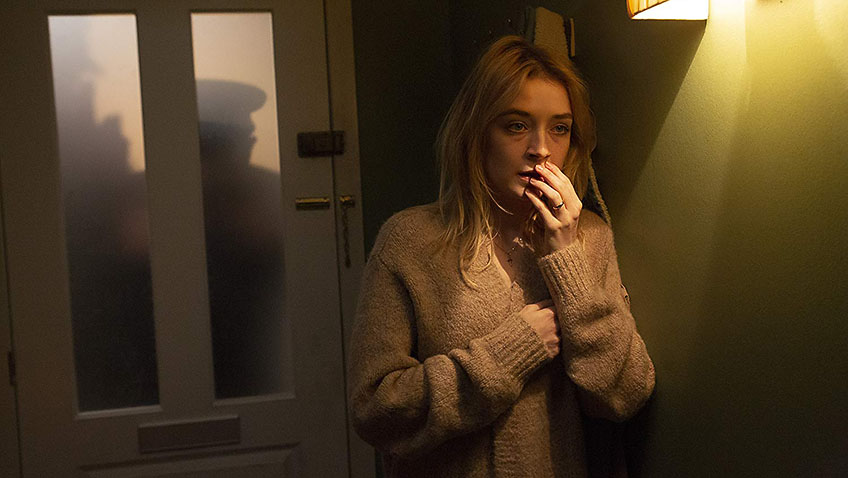 Sarah Bolger is captivating as a Northern Ireland widow in this enjoyable, if familiar, thriller

As most people know, the big problem in Northern Ireland right now is the DUP warnings of civil unrest over the current Brexit plan. But young mother of two Sarah Collins (Sarah Bolger), recently widowed, doesn’t even glance at the flyers being handed out at the exit of her local supermarket. Sarah’s problems and her politics are closer to home. The supermarket security guard treats her like a hooker, and she comes up a bit short at the till when buying groceries. The police are more interested in reports of a disturbance in her council flat than in finding her husband’s killer; and a social worker is less concerned about why little Ben Collins (Rudy Doherty) no longer speaks than in why there are so many beer cans in the kitchen.

If you substitute a young mother for Michael Caine’s eponymous character in Daniel Barber’s 2011 film, Harry Brown, you get an idea of the plot, the setting, the formulaic structure and the clichéd drug gangsters in A Good Woman Is Hard to Find

. But even more so than in Harry Brown, Sarah Bolger’s (The Moth Diaries) terrific performance makes up for the script’s shortcomings. And, as with Harry Brown, you cannot really shoot the messenger. Northern Ireland has its fair share of widows and unsolved murders and there are some ruthless drug dealers on council estates who will seek to exploit the seemingly vulnerable.

What makes director Abner Pastoll’s (Road Games) kitchen sink thriller, written by Ronan Blaney, so compelling is that at every turn of events, you know why Sarah cannot seek help from anyone and must depend on her survival instincts. The police want to write off the murder as just another drug related death, but Sarah knows her husband better than they do. And, yes, the social worker is right to be concerned about all that alcohol around young children, but Sarah cannot reveal that the beer cans are not hers.

The beer cans belong to small time drug dealer, Tito (Andrew Simpson) who has just stolen a stash of cocaine from local drug lord Leo Miller (Edward Hogg) and broken into Sarah’s to stash his hoard until he manages to sell it. Sarah has no choice but to cooperate with Tito, and not only for fear of her children’s safety around this loose cannon. Any disturbance, as Sarah realises when Tito breaks a window to gain access, would give social services an excuse to separate her from her children. There is the added risk that Miller’s gang would learn about Tito’s secret location and implicate her in the theft of their drugs. 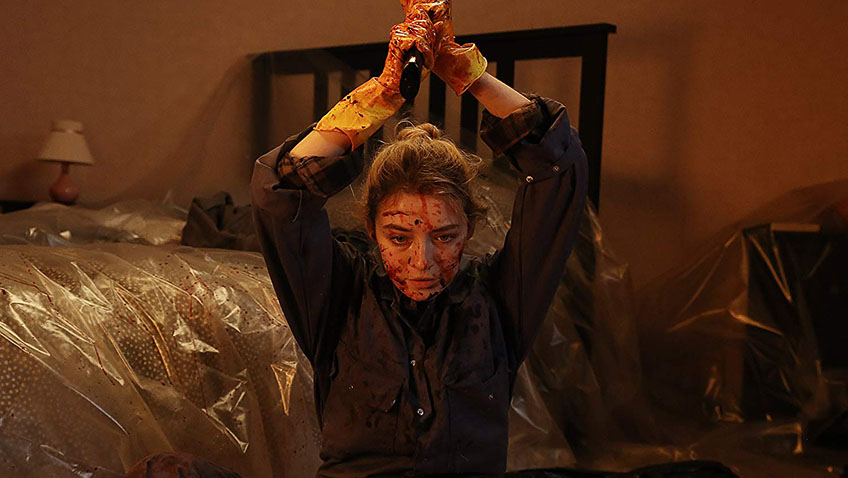 Sarah Bolger in A Good Woman Is Hard to Find

The scenes between Sarah and Tito are bursting with tension as Sarah tries to figure out how to placate this volatile, young man, high on drugs and unpredictable. Sarah is always mindful of her adorable children in the other room, but the stress she is under leads to mistakes with devastating consequences.

In tender bedtime scenes we watch Sarah lovingly read to the children, never pressuring Ben to talk. But Sarah suspects that traumatised Ben, who was with her husband when he was murdered, can identify the killer, introducing another element of danger into their lives.

At about the half-way point, this thriller turns into a horror movie so that you’re not sure if the brilliantly staged attempted rape scene or the gruesome disposal of a body is responsible for the 18 rating. 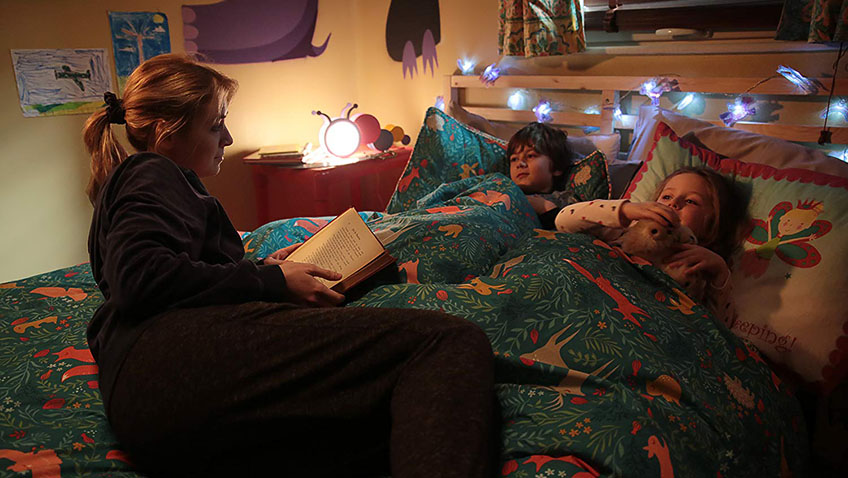 Sarah Bolger, Rudy Doherty and Macie McCauley in A Good Woman Is Hard to Find

Feminists need not worry. Sarah might be soft spoken, pretty and delicate, but, like Veronique, the hitchhiker in jeopardy in Pastoll’s Road Games, she knows what to do with a knife in the name of self-defence. And like Harry Brown, she’s a fast learner.

The last quarter of A Good Woman Is Hard to Find

is standard fare, and the script is not helped by Edward Hogg’s unconvincing performance or the casting of his henchmen. But there’s a cathartic scene in a night club that you can just about believe, given all that is at stake and Sarah’s frenzied state of mind. And Bolger is never less than captivating.