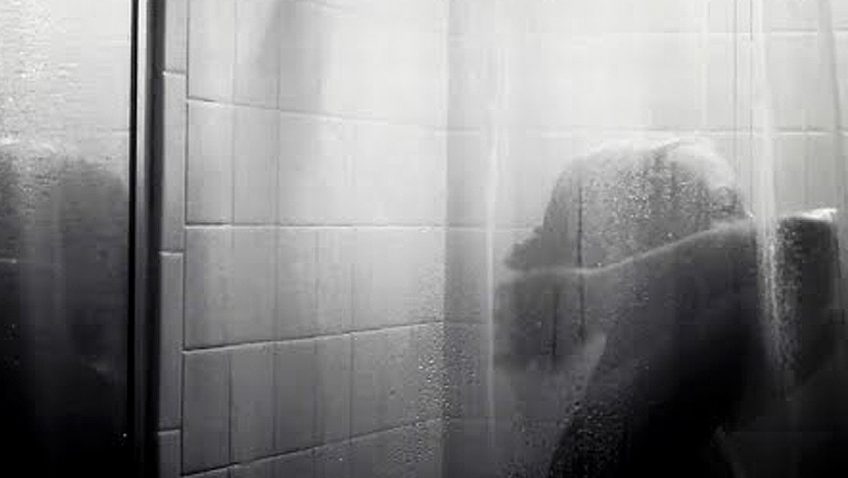 While cinema is a relatively young art form, there are generally accepted milestones that changed the course of its history: Cupid Angling was the first film shot in colour in 1918; The Jazz Singer was the first talkie in 1927; The Wizard of Oz and Gone with the Wind were the first films shot in Technicolor in 1939. And then, in 1960, there was Psycho

. If you have any doubts that Psycho

deserves its place in history, 78/52, Alexandre O. Philippe’s fascinating analysis of the film, sets out to dispel them. Whether or not it succeeds depends on your scepticism about many of the claims put forward from film practitioners and enthusiasts.

The case for Psycho

: The Game Changer is nonetheless strong. For one thing, the time was right for a film that would release pent up anxieties bubbling under the surface of the quiet 1950s in which stay at home mums and domesticity were a given. Yet beyond the destruction of the Atomic Bomb, the times they were a changing. The image of blissful domesticity was showing signs of strain. America’s perfect on air and off air couple, ‘I Love Lucy’ stars Lucille Ball and Desi Arnaz were divorced in 1960. In 1960 birth control was approved by the FDA. And while Psycho

predates the wave of political/racial assassinations that would come to traumatise America in the 1960s, the brutal, senseless and gratuitous 1959 murders of the Herbert Clutter family in their remote Kansas farm haunted the nation. Six years later Truman Capote wrote one of the game-changing books of the 20th century with his genre-breaking account of the murders: In Cold Blood

. Hitchcock, in a way, got their first.

) claims it is ‘the first A-movie to deal with this kind of horror, trashy tabloid stuff.’

Ellis overlooks international cinema, including Henri-Georges Clouzot’s Les Diaboliques. That classic uses a classy A-list cast to blend elements of a thriller and horror movie and which had impressed and challenged Hitchcock himself. He also overlooks American cinema, notably Orson Welles’ 1958 late film noir masterpiece, A Touch of Evil.

The editor/sound designer of Apocalypse Now and The Godfather trilogy, Walter Murch claims that by prohibiting the public from entering the cinema late, and asking them not to reveal the ending, Hitch also changed the way audiences viewed cinema – at least until the advent of the mobile phone. Hitchcock explained his campaign to prevent people from coming in late, and not entirely facetiously: ‘The leading lady is killed off a third of the way in and I didn’t want people asking when is Janet Leigh coming on?’

For another, that little shower scene, story boarded by the great Saul Bass and revived by Bernard Hermann’s now iconic scoring, was like a film within a film and took an unprecedented seven days to shoot. There are 78 different camera set-ups and 52 cuts in the iconic scene – the effect of which was to put us in the shower with Marion Crane (Janet Leigh) as audiences were not accustomed to such fast and creative editing. These statistics are also, of course, what gives the film its title.

One of the more valuable testimonies comes from 78-year-old Marli Renfro, a then 21-year-old pin up girl whose photographer mentioned that Universal was looking for a model of Marli’s description to pose in a film. In this way she became Janet Leigh’s body double in the shower scenes and her employment of 2 days was increased to 7. Director Peter Bogdanovich, a very young film critic, attended the premiere and recalls a cinema full of women screaming in tandem with Marion screams and Bernard Hermann’s screeching score.

A number of actors, editors, directors and academics point out that everything in the first third of the film leads us to the shower scene and everything after it is a result of the shower scene. That heavy rain on Marion’s windshield that causes those knife-like wipers to come into play is foreshadowing, and the late 17th century painting of Susanna and the Elders on the wall in Norman Bate’s (Antony Perkins) sitting room is not a random prop. It’s a painting depicting sexual voyeurism that is in turn hiding a peep hole by which Bates and the audience become voyeurs.

Hitchcock is quoted as saying, ‘I once made a movie rather tongue-in-cheek called Psycho. It was a big joke and I was horrified to find that people took it seriously.’ If it were a big joke, it was one that the director took very seriously. Philippe’s documentary is not intended to be tongue-in-cheek, yet some of its claims have to be taken with a grain of salt. That said, the film is a treasure trove of fascinating insights and details into a truly ground-breaking film.