Home / HEALTH / Hunt: ‘we need to do better on social care’ 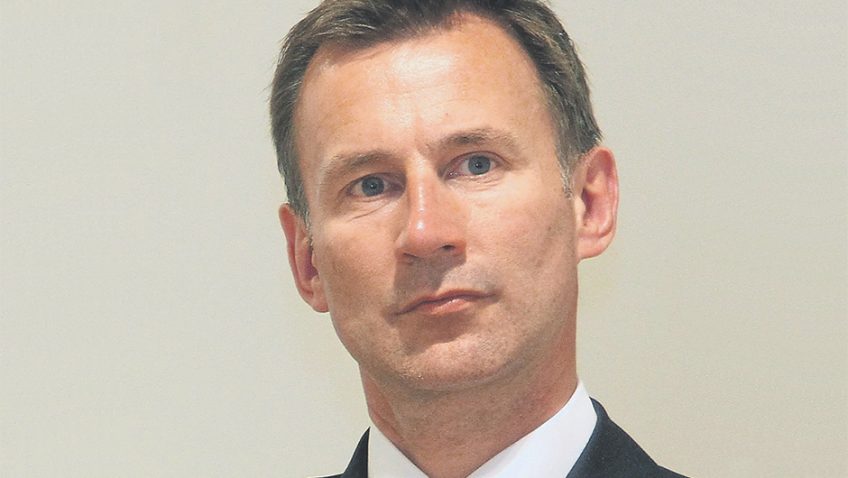 Hunt: ‘we need to do better on social care’

On 20th March, 2018, the recently appointed Secretary of State for Health and Social Care, the Rt Hon Jeremy Hunt MP, made a speech that acknowledged the need ‘to do better on social care’.

Social care means the ‘provision of social work, personal care, protection or social support services to children or adults in need or at risk, or adults with needs arising from illness, disability, poverty or old age.’ For older people, in particular, effective social care should provide the extra support needed to enable people to carry out daily tasks at home and live as independently as possible.

In his speech, Mr Hunt defined seven key principles that he said will guide government thinking in preparation for the social care green paper, due to be published in summer 2018. But what could these principles look like in practice and what will they mean for older people?

Mr Hunt’s seven principles included quality, personal control, the full integration of health and social care and security for all.

When addressing the issue of ‘how we will cope with an ageing population’, Mr Hunt said that at the heart of the first of the seven principles, ‘quality’, would be a need for a, ‘relentless and unswerving focus on providing the highest standards of care – whatever a person’s age or condition’ and that the quest for such high standards should mean that, ‘all provision passes the “good enough for my mum” test.’

This is particularly relevant, as the proportion of care homes rated “inadequate” or “requires improvement” by the Quality Care Commission (CQC) has increased in one in five local authority areas in 2017. According to new analysis by Independent Age, the older people’s charity, a dramatic variation in the quality of care homes at a regional and local authority level, across England, continues to exist and this shortfall needs to be addressed.

There are often multiple organisations involved in providing social care and because of this, the system can lack cohesion and be very difficult for individuals and their families to navigate. In Mr Hunt’s words, it can be ‘confusing and fragmented’.

In response to this, Mr Hunt pledges, in his second key principle, to centre health and social care around the person, saying that when this happens effectively, ‘people stay longer at home, (are) healthier, more independent and need fewer hospital services.’ The hope is that the reality of this will translate to ‘just one plan’ covering all of an individual’s health and social care needs. In order to achieve this, Hunt announced that three pilot systems will be taking place across England in the next two years.

As part of his principle, ‘security for all’, Mr Hunt was keen to emphasise that ‘shared responsibility continues to be right and people should continue to expect to contribute to their care in the future as they prepare for later life – but we are clear that there has to be a partnership between the state and individuals’, meaning the element of personal responsibility laid out in the original National Assistance Act 70 years ago, would remain.

He also stated that: “The way that our current charging system operates is far from fair. This is particularly true for families faced with the randomness and unpredictability of care, and the punitive consequences that come from developing certain conditions over others.

“If you develop dementia and require long-term residential care you are likely to have to use a significant chunk of your savings and the equity in your home to pay for that care. But if you require long-term treatment for cancer you won’t find anything like the same cost.”

According to The Guardian, when asked directly if that meant there would be a cap on what any individual had to pay, Mr Hunt replied: “Yes.” What this will mean in reality, remains to be seen.

A need for action

“These principles for a new social care system are what we have been crying out to hear, but these words need to be backed up with far more detail and action. In January, we launched seven key tests for the Government’s green paper, echoed in the Secretary of State for Health and Social Care’s seven principles of reform set out today. However, as well as making care better for the future, we need bold and meaningful action to address the crisis faced by the older people who are using the social care system now.

“As the Secretary of State for Health and Social Care suggested earlier today, it is a cause for regret that care has worsened because it has been politicised, so we’re calling on all politicians to look beyond party politics to urgently create an integrated health and social care system that ends antiquated, siloed practices and is one where older people can thrive, not just survive.”

Although some will see Mr Hunt’s speech as encouraging, with many pointers to much needed change to social care, the devil is always in the detail. We will need to wait for the green paper to be published to see exactly what Mr Hunt’s proposals are and what they will mean in reality. Watch this space.