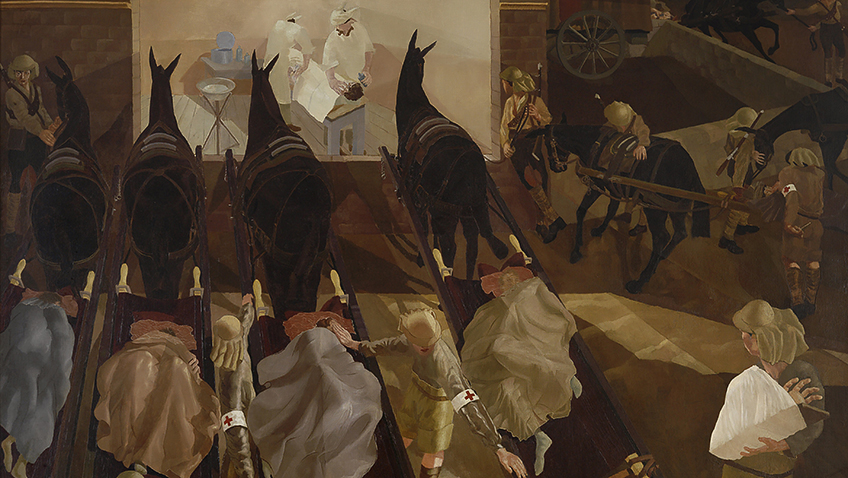 The Imperial War Museum (IWM) North exhibition, Lest We Forget? is a fascinating insight into how the commemoration of the First World War has lasted for a century and how at times it has sparked controversy; from a national monument made permanent by popular demand to poppies sewn into football shirts and from the Unknown Warrior to the two minute silence.

The First World War caused casualties on a shocking and unprecedented scale, with the human cost of the war becoming one of its defining legacies. Lest We Forget? gives visitors an understanding of how that cost in lives has directly influenced how we see the ‘Great War’ today and how we have paid tribute to the dead.

The exhibition will bring ‘remembrance’ right up to date; showing how perceptions of the First World War, and its human cost, have become so familiar to us through popular culture; from Blackadder to Birdsong. By experiencing the exhibition, visitors will see how remembrance has changed and been re-imagined over the past 100 years.

The exhibition will be presented through five themes that will explore commemoration of the First World War as a fluid concept, one that spans intensely personal mantelpiece memorials, grassroots community tributes, state rituals and memorials, as well as popular movements and cultural outpourings. Over 180 objects, photographs, film clips, sound recordings and documents will be on display, ranging from a photograph showing the selection of a body for the Unknown Warrior to an original Joey puppet from the National Theatre production of War Horse.

The exhibition will include a display of 10 paintings commissioned by the British government in 1918 from some of the nation’s most prominent war artists. These works were intended for a First World War memorial gallery, the Hall of Remembrance, which was never built. The exhibition reveals why the idea never became a reality. Paintings will include renowned works by Paul Nash, Stanley Spencer, Wyndham Lewis and John Singer Sargent, whose painting Gassed (1919) will return home from its two-year international tour for the exhibition.

IWM North: The Quays, Trafford Wharf Road, Manchester M17 1TZ and is open daily between 10am – 5pm, with the last entry 30 minutes before closing. Admission is free.

For more information on IWM permanent collections, exhibitions and the other events planned as part of the Making a New World programme for later this year, please visit: www.iwm.org.uk or telephone Tel: 020 7416 5000 (London) or 0161 836 4000 (Manchester).