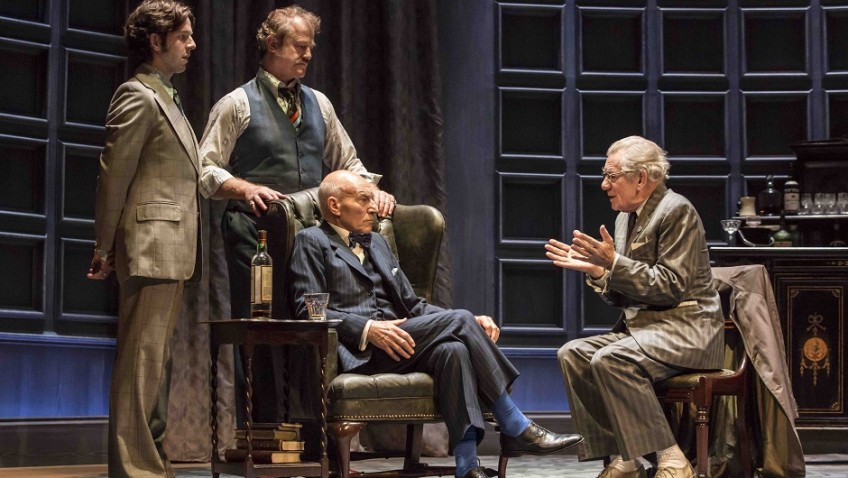 Nobody who saw John Gielgud and Ralph Richardson in the original production of Harold Pinter’s No Man’s Land by Peter Hall at the National Theatre and then at Wyndham’s Theatre will ever forget it.

The play was one of the major theatrical events of the 1970’s, offering the two great actors two of their finest modern roles. Such was their joint success on both sides of the Atlantic that nobody in England touched the play for nearly twenty years.

Harold Pinter is always difficult to pin down. What actually is going on? The division between fact and fantasy is ambiguous. 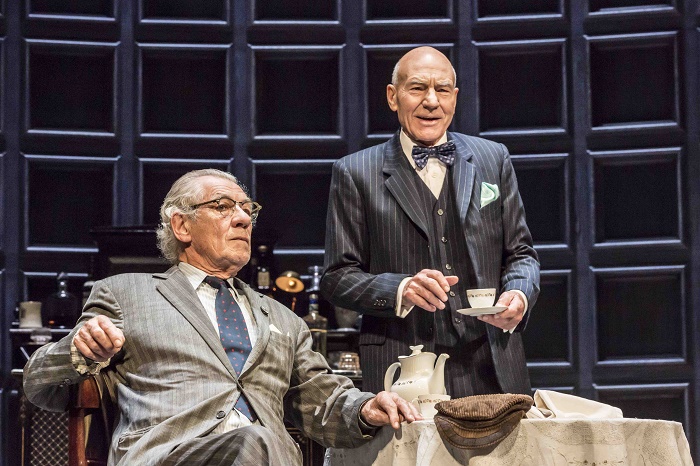 Ian McKellen and Patrick Stewart in No Man’s Land

The action, a series of confrontations and trials of strength, takes place in no man’s land, “which never moves, which never changes, which never grows older, but which remains forever, icy and silent.”

“What does it matter what it means,” said Gielgud, “so long as the audience is held and never bored?”

Hirst (Patrick Stewart), a wealthy old man of letters and an alcoholic. On his last legs, mentally and physically, he is a prisoner in his own home, guarded by two thugs, who are both his menservants and his jailers.

One drunken night, he picks up Spooner (Ian McKellen) an unsuccessful and voluble poet, who having wormed his way into his house, is determined to stay.

Spooner, a very seedy voyeur, hangs about Hampstead Heath and earns a pittance collecting the beer mugs from the tables in a local public house.

McKellen’s body language, as he listens to his rival boasting about his totally imaginary sexual conquests, is consummate. He is excellent, too, when Spooner is grovelling and offering an inordinately long and hilariously absurd list of his accomplishments. Hirst just sits there, stony silent, listening intently, and giving no reaction. Stewart is perfect.

Sean Mathias’s production and Owen Teale’s and Damien Mollony’s performances as the thugs haven’t got the full measure of Pinter’s wit and menace.