Home / LIFESTYLE / REVIEWS > / THEATRE REVIEWS / A game of who’s who 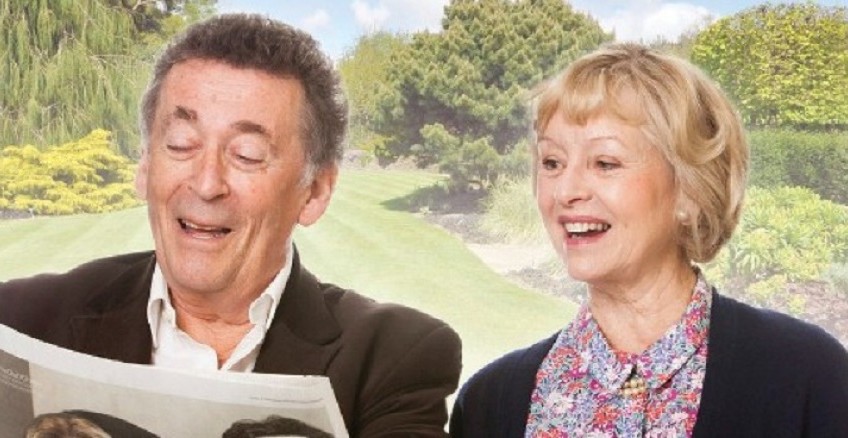 A game of who’s who

Relatively Speaking, written in 1965, was Alan Ayckbourn’s first massive West End comedy hit in 1967, and still to this day, it provides an evening of pure charm and delight. Robert Powell and Liza Goddard play Philip and Sheila with such seemingly effortless, polished perfection, it’s a joy to share and behold. There are but four characters in the piece, an older couple and a younger couple. Powell (who, amongst myriad other roles, has hung from the cross as Zeffirelli’s Christ, dangled from Big Ben as Richard Hannay, played an obscure Jude, bumbled and fumbled as sidekick detective to Jasper Carrott and fiddled with his cuffs as King Charles III) is superb as gruff chauvinist philanderer, Phil, bewitched, befuddled, bewildered and ultimately thwarted. The sunny smile of Liza Goddard embellishes no end her equally spot-on performance as good-natured wife, Sheila, while Antony Eden is very likeable as a smiling, nervous, scatty but ever willing young Greg, Lindsey Campbell playing his prickly, rather feisty girlfriend, Ginny, a girl with a past full of secrets.

So this, then, is all about two relationships, is it? As if! No way! As mistaken identities, confusions and misunderstandings multiply, the layers of complicated relationships and cover-ups become more and more involved, and the bemused characters’ reactions, consequently, become funnier and funnier. Ayckbourn’s sparkling, witty script is beautifully crafted, his genius cleverly, gradually, developing the mutually bewildering confusions by having characters appear onstage in pairs and trios well before the four eventually all come together. Only the audience knows, from the start, exactly what is what and exactly who is who.

The characters sit slap-bang in a 1960’s neat suburban idyll, where middle-class manners and restrained politeness are the order of the day, as in the world of Reggie Perrin or Margot Leadbetter. In this world, bewildering misunderstandings, politely unquestioned, can proliferate and abound like rabbits. The actors, though, bring such fine realism and believability to this series of farcical relationship permutations and keep everything so vibrantly in the moment, that the audience engages totally and buys into it all the way.

Further charm and quaint nostalgia come from having the curtain fall between scenes, a real novelty these days, while cheery, quirky music maintains the mood, and the waiting builds suspense and anticipation. Peter McKintosh’s set, too, is just right, with loud, swirling wallpapers and posters of Beatles, Elvis and James Bond in Ginny’s 1990’s flat giving way to the bright luxuriance of suburbia. As blue-sky sunny as Liza Goddard’s smile, Philip and Sheila’s garden is stylishly laid out at the back of their up-market wisteria-draped home, with lacy garden furniture, clipped hedges, well-hoed (or not) vegetable bed – cue the most appreciated pun of the night! – and glorious flower displays.

This gentle, ingenious comedy is not just phenomenally sunny, funny and stylish, it’s well-rounded, too, ending with a final, unsolved mystery – the mystery of the slippers!

The tour continues after Sheffield to Richmond and Milton Keynes