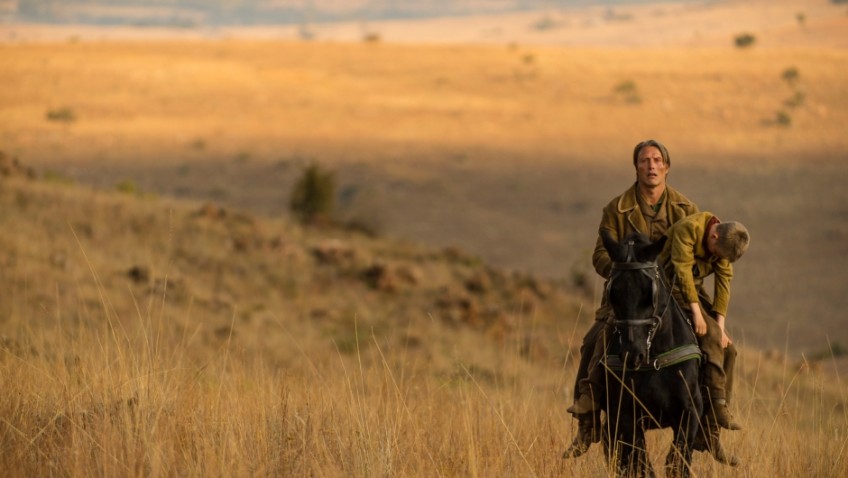 This film grips you from the first frame

If you are squeamish and do not like violent films, you might be inclined to stay away from Danish filmmaker Kristian Levring’s rendition of an American Western, The Salvation.

While the film quite intentionally contains all the stock characters you expect and every Western cliché you can think of, Levring changes the perspective slightly, by presenting us with a protagonist who is a first generation immigrant, working the land for years before sending for his family in Europe.

This perspective hardly matters, however, once the violence kicks in, which it does almost immediately.  Despite the formulaic action, the film grips you from the first frame and does not let go until its taut 91 minutes is over.

It is 1870 something and former military man Jon (Mikkelsen), who emigrated from his native Denmark with his brother Peter (Mikael Persbrandt) several years earlier, now stands on the platform at the Black Creek train station waiting nervously. 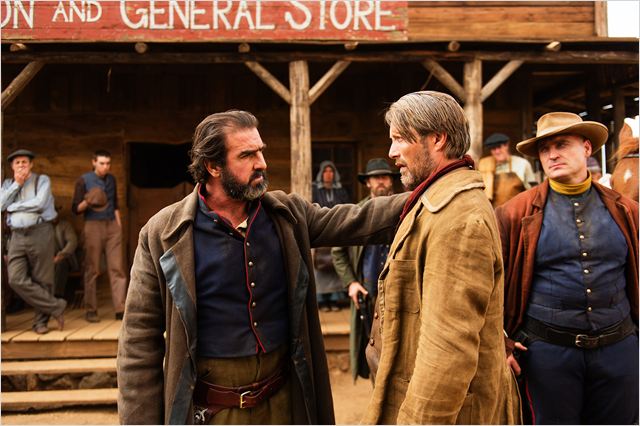 Jon has finally saved enough money to send for his wife and young son who will hardly remember him.  Soon after boarding the stagecoach taking the family to their new home, two armed and drunk fellow passengers put an end to Jon’s plans and dreams.

Jon wastes no time in transforming himself into a machine hell bent on revenge. As bad luck would have it, one of the men in the stage coach who Jon subsequently kills, was the brother of Delarue (Jeffrey Dean Morgan), who, in true Western fashion, runs the town of Black Creek by intimidating its people and puppet mayor (Jonathan Pryce).

To show he means business, Delarue puts a bullet through the head of two innocent by-standers to demonstrate what will happen if the town’s folk do not help find the man who killed his no good brother.

Abandoned by the town’s people who are too frightened to intervene and with only a boy from the town and Peter to support him, Jon leaves his peaceful life behind to fight a very personal war in his new country.

There are usually two women in a western, one of whom hangs around in the saloons or brothels. 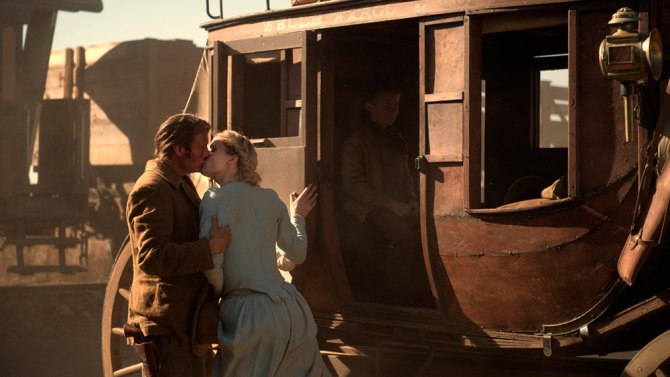 With former Bond girl Eva Green in the picture, you only need one woman.  She is Madelaine, who was tortured by the Indians (she had her tongue cut out) and saved by Delarue’s late brother who married her.

It is pretty evident this was a case of out of the frying pan into the fire, and now Delarue has plans to escape with Madelaine and his illicit gains. The feisty and shrewd Madelaine has other plans that work in Jon’s favour.

While the pared down story telling is in stark contrast to most films nowadays that tend to drag on too long,  some of the scenes feel like short hand, where we are supposed to fill in the underwritten action and relationships.

A curious attempt to associate Delarue’s corruption with oil (if it isn’t cattle on farmer’s land or railways, it is oil) is left hanging and we do not see oil wells or visiting industrialists with whom Delarue is in cahoots.

Still, Levring makes the most of his Western, revelling in close ups of a fly on a corpse, and sound effects, as Jon (a la Clint Eastwood in Pale Rider) walks through town picking off Delarue’s thugs like so many dead flies.

While not all of the special effects are successful, the dirt, the sweat, and the costumes, combine with the violence of a Sam Peckinpah movie and Mikkelsen’s charisma, to create a visceral revenge tale that is both gripping and repellent.

You can watch the movie trailer here: