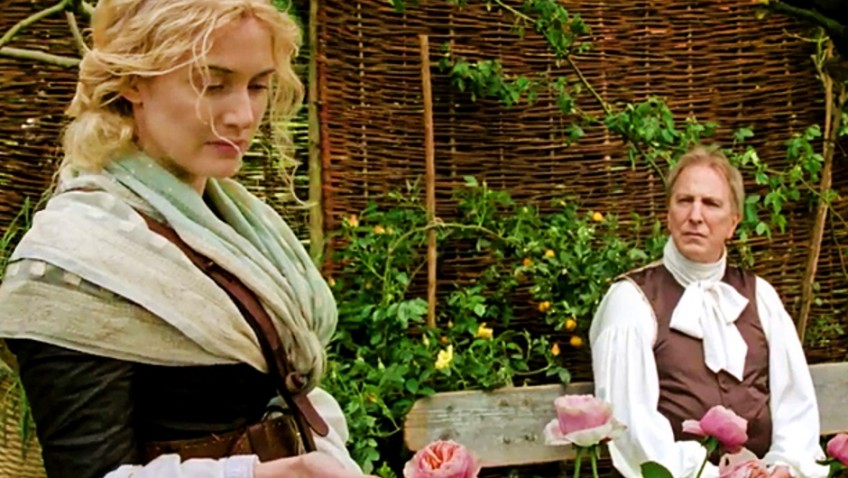 A Little Chaos is directed by the Alan Rickman, who has assembled an excellent cast, not all of whom are given enough to do to highlight their talents. The metaphorical title refers to the naturalism and unaffectedness that female landscape architect Sabine de Barra (Kate Winslet) brings to a competitive job tendering for the new Palace of Versailles.

The judge, André Le Nôtre (Matthew Schoenaerts), France’s most renowned landscape architect, is famous for mannered gardens where symmetry and order reign.  Ironically, chaos, and its residual excitement are in short supply in this ponderous film that tells us very little about court life, landscape architecture or why we should care about a fictitious female gardener.

It is 1682 and Louis XIV (Alan Rickman) is moving his court to Versailles where André Le Nôtre is hiring for a special project.   Up against the usual male suspects, Sabine de Barra nervously displays her plans for Rockwork Grove, a romantic outdoor ballroom that expresses an unorthodox vision.

Taking a risk, Le Nôtre hires the dark horse Sabine. The remainder of the film chronicles her time at Versailles where she has to deal not only with saboteurs, but her own personal demons. 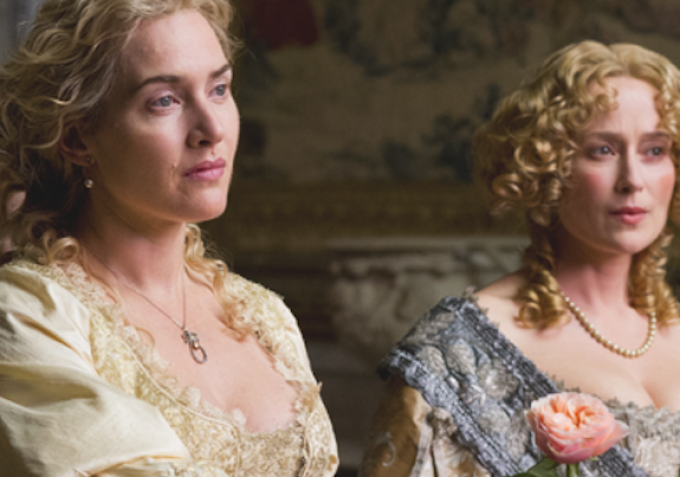 We know from Tom Stoppard’s Arcadia that it is possible to make an absorbing drama, if not a masterpiece, out of the chaos/order dichotomy in landscape gardening.

In A Little Chaos, the setting is primarily a backdrop for a conventional, and utterly predictable love story between the unhappily married Le Nôtre and Sabine.

Le Nôtre’s wife (a wonderfully bitchy Helen McCory) may be scornful and unfaithful, but she is nonetheless jealous of her husband’s female protégée, while Sabine is tormented by the accidental death of her daughter that she blames on herself.

Meanwhile, the King is lonely and soon grieving the loss of his wife, Theresa of Spain.  This leads to the highlight of the film, a quiet interlude when Louis XIV, without his entourage and regal wardrobe, seeks solace in a walled garden. 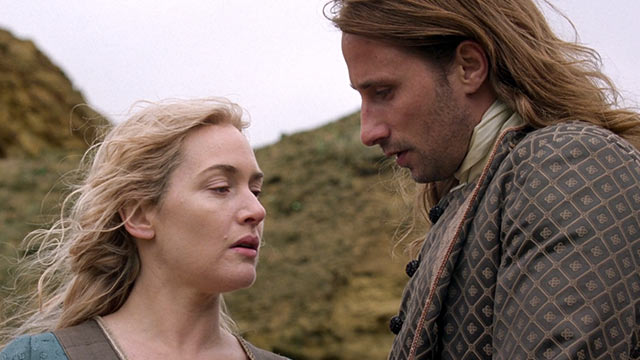 Sabine mistakes the King for a gardener while the King seizes on this attractive woman’s ignorance to let his hair down – or rather, take his wig off.  Rickman and Winslet (who was heavily pregnant at the time and bursting out of her gowns) shine in this scene, his vulnerability and humanity and her compassion evident.

Winslet, still one of our greatest actresses, does her best to inhabit a rather odd role. Since Sabine de Barra is a fictional character, her elaborate back story is as unnecessary as the flashbacks are melodramatic.

As if to heighten the challenges a single working woman must endure in 17th Century France, Sabine almost drowns in an irrigation canal trying to salvage her sabotaged garden, with inevitable echoes of her breakthrough film, Titanic.

Schoenaerts, a 37-year-old actor from Antwerp, is now the hunk you hire when you want a sensitive brute, a role he epitomised in Bullhead and Rust and Bone and will varying a bit to fit Gabriel Oak in the upcoming remake of Far from the Madding Crowd. 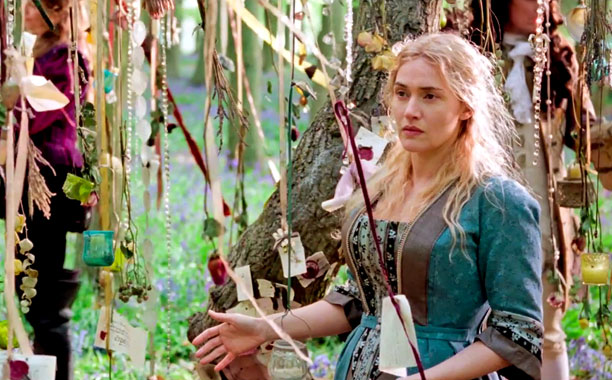 But Schoenaerts has a bland side if he asked to play underwritten characters in non-physical roles, and it is that side we see here.

The lovely scene between the King and Sabine in the garden is a rarity in a film that has been made with no overriding vision about how 17th century France should be portrayed.

The last time an English language film was set in Versailles was Sofia Coppola’s 2006 costume extravaganza, Marie Antoinette: a highly stylised portrait of excess with, for all its artistic liberties, a solid sense of place.

Here, that is curiously missing.  Curious, because Alan Rickman’s directorial debut, 17 years ago, was The Winter Guest, an emotionally empty mood piece with a convincing sense of place.

That all the French speak English is a given for British film part-funded by the BBC, but the anachronisms grate on the ear.

A meeting of the mistresses’ gravitates towards women’s rights while Sabine defends Le Nôtre to the King, describing him as ‘the most complete man I have ever known.’

You half expect the bemused Louis XIV to bark, ‘speak English, Madam!’

Watch the official trailer of the film here: