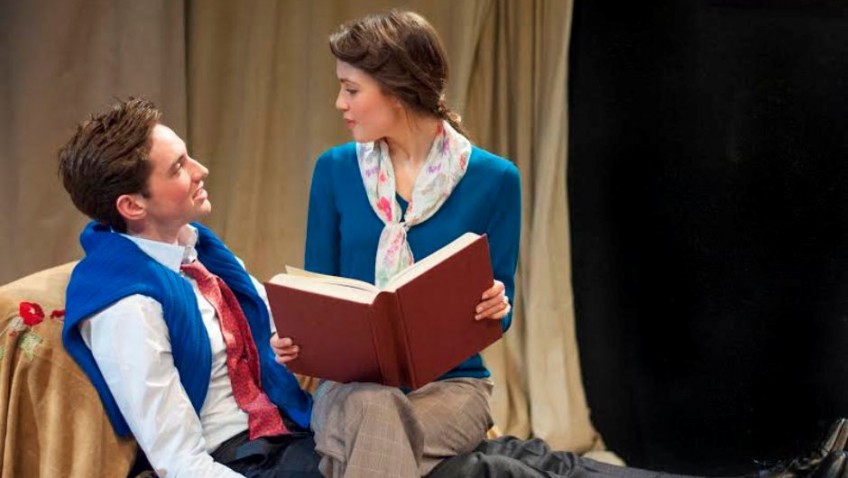 I had been looking forward to seeing a revival of Mordaunt Shairp’s The Green Bay Tree. It had quite an impact in 1933 when it premiered in London with Frank Vosper and Hugh Williams and then transferred to New York with James Dale and a very young Laurence Olivier. It has not been seen for over 60 years.

Shairp had managed to get past the censor by deliberately not spelling things out; though West End and Broadway audiences in the 1930’s could hardly have failed to miss the homosexual sub-text.

Mr Dulcimer, a wealthy bachelor, buys an 11-year-old boy for £500 from his drunken Welsh father and brings him up as his adopted son.  He is furious when the boy reaches his twenties and decides to marry a veterinary surgeon.

The result is open warfare in which a middle-aged dilettante and a feisty young woman fight for the boy’s soul and especially his body.

Tim Luscombe’s production, too obviously short of money, is a big disappointment. The play is a period piece and it really does need to be set in the 1930’s. The updating, and the use of a cassette and a remote control to play music, is very irritating.

The production also suffers from the serious miscasting of Richard Stirling, who is far too young to be playing the hedonist, who confesses that life would be unbearable without the young man and argues that he needs his youth, charm and companionship in order to survive.

Shairp wanted Dulcimer to fascinate, repel and charm. Stirling’s performance has none of these qualities. Luscombe clearly does not want Dulcimer to be demonic and he comes across as merely camp.

But why call the play The Green Bay Tree if Dulcimer is not meant to be evil? The title is a direct quote from the Bible: “I have seen the wicked in great power and spreading himself like a green bay tree.”

Christopher Leveaux is much more convincing as the handsome, self-assured, self-indulged parasite, who is unwilling to give up the rich dilettante lifestyle to which he has long been accustomed.