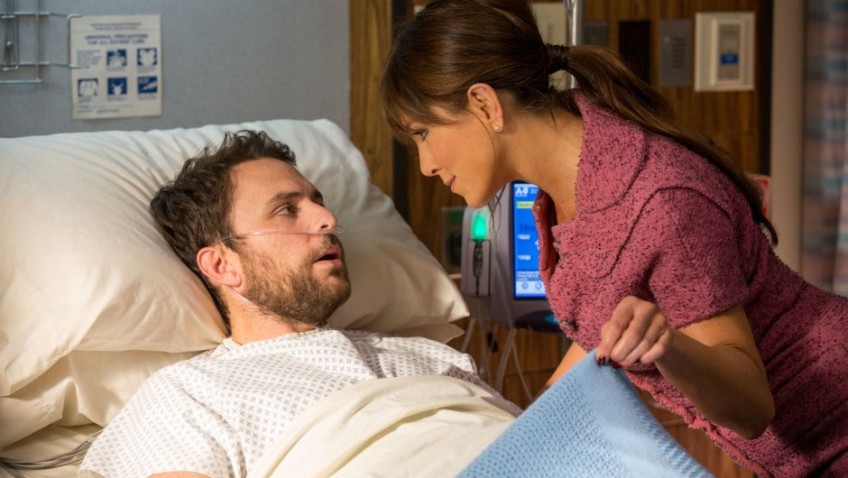 On any pub pavement on a Friday night, at any dinner party or in any overheard phone conversation, you are bound to hear people moaning about their horrible bosses.  Some of the stories are so pathetic, they are funny.

The original film, Horrible Bosses generally, if not spectacularly, succeeded in exploiting this natural material in a comedy with enough laughs to leave us ready for a sequel with a stronger script.   Instead, with the potential of horrible bosses barely tapped, the studio has done away with horrible bosses in Horrible Bosses 2.  The three beleaguered, revenge seeking friends of the original film form their own business in Writer/Director Sean Anders’ unfunny, offensive sequel. They are generous bosses, but such blundering fools and inept businessman that their foreclosure is a service to humanity.

City worker and voice of reason, Nick Hendricks (Justin Bateman), dental assistant Dale Arbus (Charlie Day) and accountant Kurt Buckman (Jason Sudeikis), the trio who seek revenge on their truly terrible bosses in the original film, are back again and so are two of their horrible bosses, Kevin Spacey, now behind bars, and Jennifer Anniston, now a sexual predator targeting partners in a sex addiction help group.  Nick, Dale, and Kurt have somehow come up with a product idea (a shower that sprays shampoo onto your head at the right moment in your shower!) that receives promotion on television.

Even across the wavelengths, their naivety is apparent to scheming businessman, Burt Hanson, (Christoph Waltz). He offers the friends a deal they cannot refuse, only to cancel the order last minute.  By this time they have sunk half a million into their factory and face foreclosure.  Of course, most manufacturers would go to Court armed with a contract, but our three friends have no paperwork (so just how they managed a bank loan is another matter).

Instead, in an acknowledged nod to the vastly superior (female revenge comedy) 9 to 5, they decide to kidnap Hanson’s psychopathic son Rex (Chris Pine). Rex’s relationship is to his father is similar to that between the loser of the Apprenticeship and Sir Alan Sugar and Rex proves a very cooperative victim.  In planning their kidnap, the friends seek the help of their former crooked boss (Spacey), and, once again, professional criminal Dean ‘Motherfucker’ Jones (Jamie Foxx).  Here, we are mindful of the fact that if they had sought professional help when negotiating the deal with Hanson there would not be a movie.